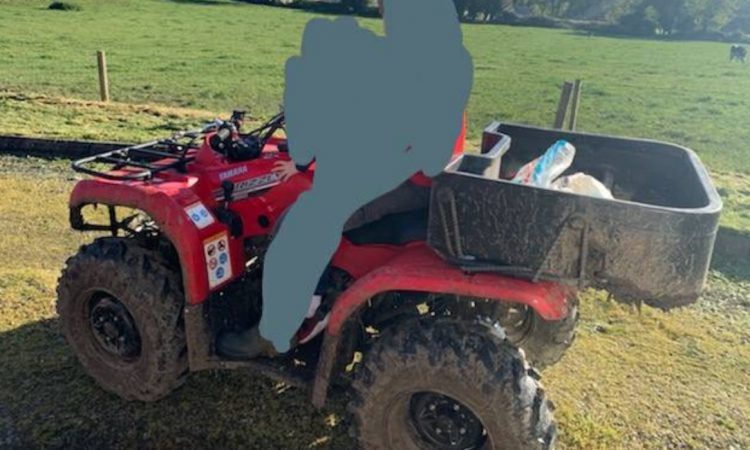 An appeal for information has been made by Gardaí investigating the theft of a red Yamaha quad from a shed in Co. Cavan.

The machine in question was taken from a locked shed last night, Thursday, January 16, according to An Garda Síochána.

In a statement on social media, members of An Garda Síochána based in the Cavan-Monaghan region said:

“This red Yamaha Grizzly 350 quad was stolen from a locked shed in the Kilmore area (on the Crossdoney side of Cavan) last night, January 16, between the hours of 12:00am and 7:30am.

If you noticed anything suspicious in the area or can assist with the investigation please contact Cavan Garda Station on: 049-4368800.

“Remember if you have such items at home please record serial numbers, take photographs and consider marking your property.

“Property marking machines are available from both Cavan and Monaghan County Councils,” the Garda post concluded.

Following on from an incident on Wednesday, January 16, in which Gardaí foiled an attempted ATM theft in Co. Louth, witnesses are now being sought.

Gardaí are also requesting the public’s assistance in locating a white pick-up 4×4 that is thought to have been used as the getaway vehicle.

The incident occurred on Wednesday morning at around 4:30am, when the culprits attempted to pull an ATM out of the wall of a Bank of Ireland branch in Dunleer, Co. Louth. They were foiled by Garda officers attached to the Garda Armed Support unit.

Gardaí are looking for anyone who may have witnessed any irregular activity in the Ardee, Dunleer and Stabannon areas of the county between 4:00am and 5:00am on the morning in question. 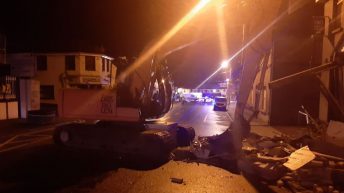 Gardaí looking for witnesses and 4×4 after attempted ATM theft