‘No more protests in near future’ – demonstrators 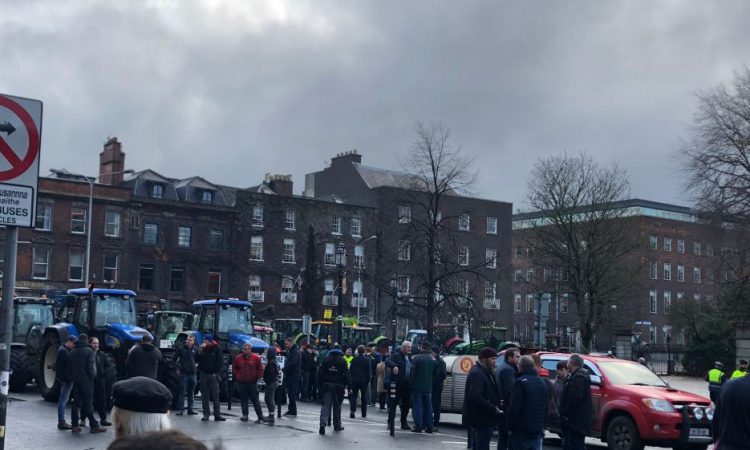 There are no plans at the moment for further tractor protests in Dublin, according to one of the organisers of this week’s action.

“At this stage, there will be no more protests in the near future,” Long said, adding that the protest group would turn its attention to the upcoming General Election and the current campaign.

We would hope to lobby political parties, and people in general, [so] that they will try to get TDs in that will try to legislate, and see if they can help farmers’ issues.

The protest, which began on Wednesday, ended amidst mixed reaction on Thursday evening, when the tractors took to the M50 on their way out of the city, leading to considerable traffic disruption.

Addressing this point, Long said: “While we accept that people were unhappy, I think that people need to realise that farmers are facing a difficult situation, and their very existence is on the line.

“The decision to take this protest was not taken lightly. Most people in a job would like to take home an income,” he added.

Farmers are not even able to make a profit out of the enterprises they’re in. It’s not down to a lack of skill or expertise. It’s down to not being paid a fair price for the product.

Long was joined on Morning Ireland by Adrian Cummins, the chief executive of the Restaurants Association of Ireland, who warned that the public’s sympathy for the farmers may be “waning” following this protest and other recent tractor protests.

“They brought their tractors up to Dublin after the Dáil was dissolved. It’s like going up to the All-Ireland final the following Monday. It made no sense,” Cummins commented.

Cummins also argued that the amount of Garda resources being put towards policing these protests should be “questioned”. 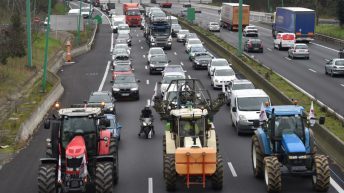