Forestry services have been called out for not practising what they preach in Leitrim by the county’s Irish Farmers’ Association (IFA) chairman James Gallagher.

Speaking to AgriLand, the Leitrim IFA chairman commented on a plantation that’s currently underway on bogland rich in biodiversity in the county.

Gallagher had been raising issues he is concerned about in relation to the terms of reference of the study into the effects of forestry in the county that was announced last month.

He said: “There’s a meeting taking place in Dublin Castle yesterday and today on biodiversity. There’s great emphasis on it and it’s getting great coverage in the media.

“However, at the moment, there’s planting taking place on a farm in Leitrim which is bog and heather and it’s a complete disruption of a wildlife habitat – it wouldn’t be allowed to happen on a farm.

A farmer would receive severe penalties for doing that; yet it has been signed off on by the forestry service – which is totally against what they’re talking about.

“It’s completely against what they’re talking about doing in Dublin these days; they’re doing the opposite in Leitrim at the moment.”

Gallagher asserted that the Department of the Environment should be clamping down on the project and investigating how such a move can happen.

“Because bogland – the forestry service will tell you you can’t plant bogland – yet they’re planting it.

As a conference is taking place in Dublin, they’re breaking their own rules and turning a blind eye to it in Leitrim.

The chairman noted that, while complaints have been made regarding the plantation, they have not come to light in media as of yet.

“In order to grow timber on that site, they would have to put phosphates on it which is going to leak into the waterways in that area and cause pollution,” Gallagher said. 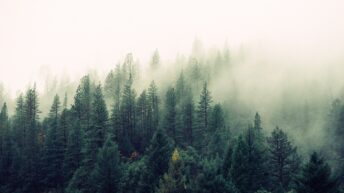