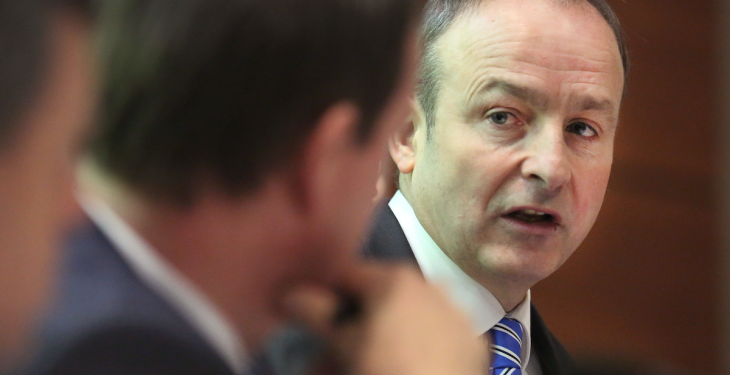 Martin was addressing the Council ahead of this month’s General Election and took the opportunity to outline his parties key commitments to the agriculture sector.

“I have full confidence in Eamon O Cuiv as our Agricultural Spokesperson,” he stated at the meeting.

“The one central plank of our policy document has its origins in his approach. That is fair prices for farmers and the creation of a food ombusman.

“This is something that he’s is personally committed to,” the Fianna Fail leader said.

Martin said that he is aware that O Cuiv has had his ‘ins and outs’ with the IFA on policies but said robust exchanges and disagreements from time to time are necessary.

Martin’s comments came following a call from the floor at the Council meeting for Fianna Fail to appoint an alternative to O Cuiv to be its agricultural spokesperson.

“Somebody that can be taken seriously by commercial farmers,” one delegate said who was heavily critical of O Cuiv’s performance over the last five years.

O Cuiv has had some significant run-ins with the IFA over. During the last reform of the CAP O Cuiv took an opposing stance to that of the IFA supporting the proposals of the then Agriculture Commissioner Dacian Ciolos.

More recently, O Cuiv has been heavily critical of the IFA’s collection of levies of farmers. At the height of the IFA pay scandal prior to Christmas O Cuiv queried the legality of marts and food processers lifting European Involvement Fund (EIF) levies without farmers having given their prior consent on this matter.

However, the IFA has said that the collection of EIF levies is a voluntary, fundraising income measure.