We’re on the farmers’ side, it’s not just talk – Fianna Fail 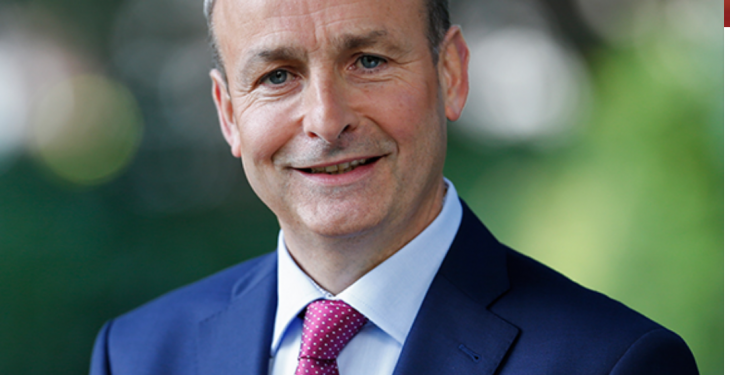 The clear message Fianna Fail leader has for farmers it that his party believes that agriculture remains a vital economic and society part of Irish life and that its interests must be prioritised.

Fianna Fail Leader Michael Martin, addressed the IFA’s National Council in Dublin today (Wednesday) ahead of this month’s General Election and said a modern, diverse and secure farming community is absolutely essential for our country.

“Rural Ireland is at the heart of our manifesto and we stand on the side of the primary producer,” he said.

In his address, Martin made a number of commitments to farmers including the introduction of a retail ombudsman, acceptance of all GLAS applications, an increase of the Genomics scheme payments, restoration of disadvantaged area payments and the return of rural services.

Martin slammed the current Government’s record on rural Ireland and agriculture. He said its policies had led to a two-tier economy with rural Ireland left behind.

“Warm words are not enough for Rural Ireland. We are seeing a two-tier recovery with disproportionate growth in one area. Dublin now accounts for 42% of national GDP and what we are seeing is lopsided development.”

Martin said that Fianna Fail’s policies are ‘not just talk’ and stressed that its was ‘backing it up with funding’.

Martin said a central plank of IFA’s agricultural policy was ‘fair prices’. He said direct action needs to be taken and said at present farmers are at the mercy of multiples and retailers.

“It is unsustainable to expect farmers to produce more unless there making a profit. Farmers are forced to be price takers at the moment.”

He said Fianna Fail would introduce a Food Ombudsman to protect farmers interests in Irish law.

Martin said he shared the IFA’s concern on the proposed tie-up between ABP and Slaney Meats.

Martin said it was vital that the Competition and Consumer Protection Commission examine the proposed merger closely.

Martin described Minister Coveney’s decision to write to the CCPC as an ’11th-hour move’ and said the proposed move was a serious and unacceptable situation which leaves farmers at a disadvantage.

Following questioning, Martin committed to accepting the 2,500 farmers excluded from the second Tranche of the GLAS scheme.

Fianna Fail will also support an increased top-up payment to achieve a genomics payment target of €200 on the first 20 cows.

The impact of ‘Green tape’ and an intrusive inspection regime is creating undue stress and concern for working farmers already struggling to make ends meet.

“Many families fear the threat of failing an inspection and subsequent financial penalties,” he said.

Committed to introducing a ‘fairer’ yellow card model, he said under a Fianna Fail government farmers would not be penalised instantly and would be allowed fix problems first.

He also committed to a coupled payment in a reformed CAP for sheep farmers.

Martin stressed that a Fianna Fail government would restore vital services to Rural Ireland and made commitments on broadband and mobile phone coverage.