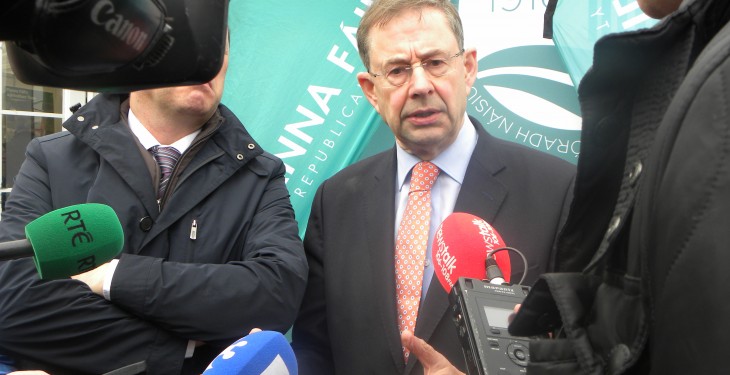 Fianna Fail has launched its Agriculture and Food Policy at this year’s National Ploughing Championships in Ratheniska, Co. Laois.

The policy titled Securing Fair Prices and Increased Profitability for Farmers highlighted the main changes the party would make if it was successful in the upcoming general election.

According to the policy, the party is committed to removing the red tape Irish farmers experience on a day-to-day basis.

It has also said that it will remove unannounced inspections on Irish farms, and will adjust the penalties to ensure that they are proportionate.

The policy also says that family farming should remain the mainstay of Irish farming as opposed to corporate farming.

To ensure this, it says, that farming must remain an attractive and profitable enterprise in all regions, which will reduce the issue of land abandonment.

Speaking at the launch of the policy, Eamon O Cuiv, the Fianna Fail spokesperson for agriculture said that making farming attractive will reduce the risk of land abandonment and will ensure it’s future in Ireland.

“Whether the land is highly productive or not so productive, we cannot have land abandonment.

“The money flow from Europe would dry up if there was land abandonment; they would say we weren’t looking after our ecological duties,” said O Cuiv at this year’s National Ploughing Championships.

The document launched at the Ploughing says that it is unsustainable to expect farmers to produce more goods unless they are making a profit on the extra production.

Fianna Fail will also move to increase the repayment period on the Irish superlevy bill from the current three years to an extended five-year period, but it added that this money must be retained within the EU dairy industry.

The political party is also committed to ensuring that there is no explosion in milk production in the short term based on high borrowings that would lead some farmers into unsustainable debt.

EU intervention levels should reflect the average production costs (€0.26c/L), not the world price as present to make it meaningful to deal with world price volatility in dairy prices, it says.

“The big issue I’ve been on from the beginning is the critical issue of price. The more productive you are as a farmer the more price is important to you because you’re putting out more goods,” said O Cuiv.

The opposition party will also make significant changes to the Irish beef industry and will aim to increase the upper age limit to 36 months.

It also outlined a plan to increase the payment farmers will receive under the Beef Data and Genomics Programme, bringing the payment to €200 for the first 20 cows, and €100 there after.

Fianna Fail also says that its policy will also benefit tillage and horticulture producers. One of the aims is to ensure that these growers receive a fair and proper return for the product they produce.

It added that it will protect fruit and vegetable growers from the predatory practices and pricing of the large multiples, added that it would move to ban the below cost selling of vegetables, fruit and potatoes.

“We started off on the big issues of the challenges faced by horticulture in relation to the power and dominance of supermarkets and the habit they have of ringing people up and saying ‘there’s a special this weekend if you don’t provide at our price we’ll import.

“We saw with the liquid milk, with the cheap milk coming from the North and we saw it last year with the beef and the huge dominance of the processors and this year we’re seeing it with milk,” commented O Cuiv. 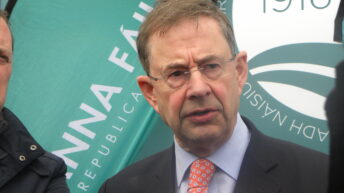