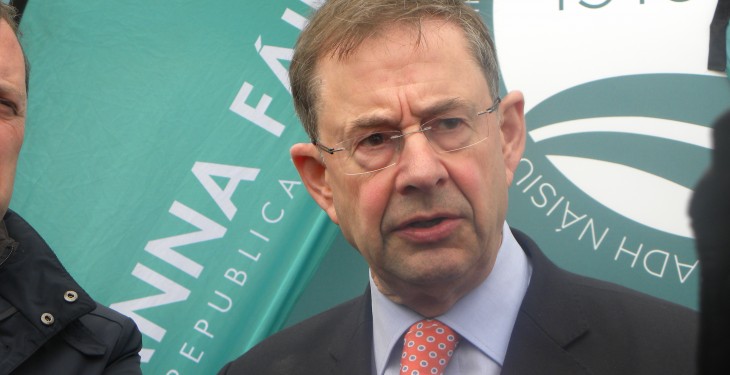 Fianna Fail launched its policy paper on agriculture and food at the Ploughing which, it says, focuses on securing fair prices and increased profitability for farmers.

It’s a nice thought but Fianna Fail falls well short on practical ideas or measures which would make any impact on farmers’ lives.

How it managed to stretch the ideas around policies to 32 pages is impressive, considering there are very few concrete ideas or definite figures to back up its lofty plans.

Simon Coveney can take some solace in the fact that Fianna Fail’s first point is a dig at his Minister for Defence add on. Fianna Fail says it would appoint a minister solely dedicated to the post of Agriculture, Forestry and Food.

What would happen to Marine, which the current Minister has as part of his portfolio, is anyone’s guess but Fianna Fail is dumping that from the Agriculture House if it gets the chance.

Meanwhile, Fianna Fail says it supports family farming – but doesn’t go any further in telling us how it would support family farms. It also says it was responsible for Food Harvest 2020 and inadvertently is to be thanked for the Government’s recent vision for the agri-food sector Food Wise 2025.

Some of the few figures it actually states buried in between lots of talk of ‘support’ and ‘commitment’ and ‘develop’, include increasing the Genomics payment to €200 on the first 20 cows and €100 thereafter. It also says 10% of Irish gas requirements could come from slurry.

Besides that, Fianna Fail is committed to working to ensure developing and ensuring a positive future for Irish farmers. How it will achieve that we’re none the wiser from its policy document.

It’s little wonder Simon Coveney and Fine Gael did so well in Agriland’s recent poll if that’s the best Fianna Fail can offer farmers in return for a vote.