Martin Merrild from Denmark was elected the new President of COPA. 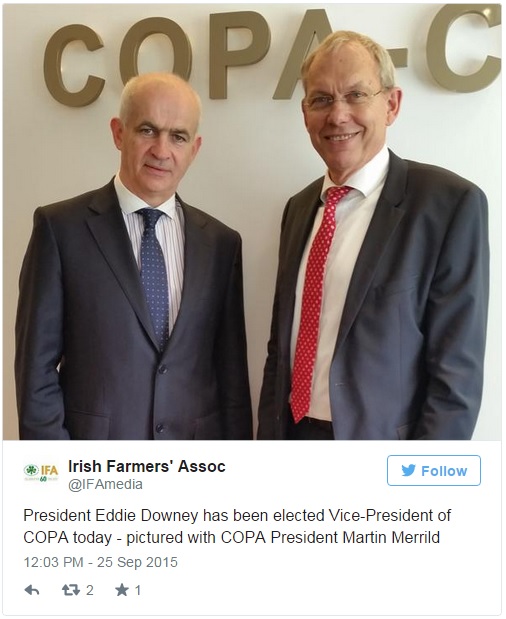 In his inaugural speech, Downey stressed the importance of his new Charter of Rights designed to remove the fear surrounding inspections.

Speaking to the press afterwards he said that the main issue is unannounced inspections.

“The situation with inspectors just driving into the yard unannounced. The fear factor associated with that is anonymous. It’s unacceptable.

“It’s not just here it’s all over Europe and this is a problem,” he said.

“The key to this whole area is the yellow card system. Where the inspector would come in and say to the farmer you have a couple of weeks to get something right.