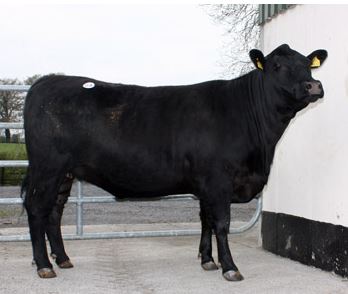 Michael O’Leary is holding his annual auction of stock from his Gigginstown herd this Saturday (April 23) at his farm near Mullingar.

The Ryanair boss told RTE’s Countrywide radio programme that he has no plans to retire anytime soon to his Fenor farm in Co. Westmeath. “By working hard you get away from your problems sometimes.”

Home to a number of his racehorses, including Rule the World – which won the English Grand National last weekend – his farm is also home to a pedigree Angus herd of cattle and O’Leary has been holding a stock sale from the herd for 20 years.

This Saturday the auction, which is open to the public, will see O’Leary sell 25 bulls and 15 heifers and 10 in-calf animals – some of which, he said, should have calves at foot as they are due to calf down this week.

Back in 2014, the top price for one of O’Learys’s bulls was €3,500 while a heifer made €3,250 last year. O’Leary said his farm manager, Joe O’Mahoney has ensured the herd was well wintered despite the poor grass growth of late. “This year’s crop is tremendous and a better group than other years,” said O’Leary.

And for those not particulary interested in the Angus sale, there will be face painting and bouncing castles, while some of O’Leary’s racing trophies will also be on display.