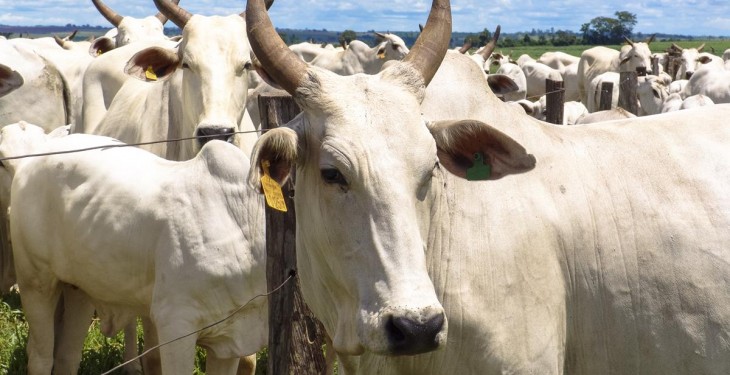 EU-Mercosur trade deal negotiations may be helping to fuel the fall in UK beef prices in recent weeks.

Chairperson of ICMSA Livestock Committee Michael Guinan said the Association finds it more than a little coincidental that UK beef prices have fallen for the last five weeks more or less out of the blue.

“And then suddenly last week we learn that the Mercosur talks may be moving quite rapidly towards a conclusion that would allow the South Americans to export 80,000t of cheap beef to the EU,” Guinan said.

The Mercusor trading bloc was established in 1991 and negotiations with the EU originally started in 2010.

I don’t think it’s fanciful to advance the idea that the whispers have reached the British buyers that it might be unwise to ‘buy forward’ just now when there’s a good prospect that they’ll be able to access cheap South American beef in the event of Mercosur being delivered.”

Mercosur is offering to open up 93% of its trade to competition from the European Union to seal a long-sought after free-trade deal.

A study in 2015 from Wageningen University in the Netherlands showed that while the overall economic impacts are positive on both sides, economic losses for the EU fall heavily on the agricultural sector, with the biggest loser being the beef sector.

Guinan said the British Government doesn’t seem to particularly care about its own farmers – much less anyone else’s.

He said that if the price of getting access to South American markets for Britain’s financial and tech exports is the sacrifice of the European beef sector then that’s a price the British government is very willing to pay.

“Ireland desperately needs to focus on protecting our €2.5 billion beef sector and not allow it to be sacrificed just because the British want access to South American markets,” Guinan said.

As support in the UK for Brexit has mounted and been reflected in opinion polls, Guinan said there’s been a steady fall in the value of Sterling against the euro.

“Right now, we see a lull in factory-fit animals. Certainly the figures for June will be back on the rising trend established in the first three months and there’s the fact that animals finished younger this spring.

“But even with that tightening on the numbers, we don’t think that prices will rise because of the uncertainty over the referendum outcome,” Guinan said.

According to the President of the European Feed Manufacturers Federation Rudd Jijssens, Brexit is Ireland’s biggest foreign policy challenge.

If the UK voters decide to leave the EU in the upcoming referendum in June of this year, it could have a significant impact on Irish agri-food exports, according to a newly released report produced by economists from Teagasc.