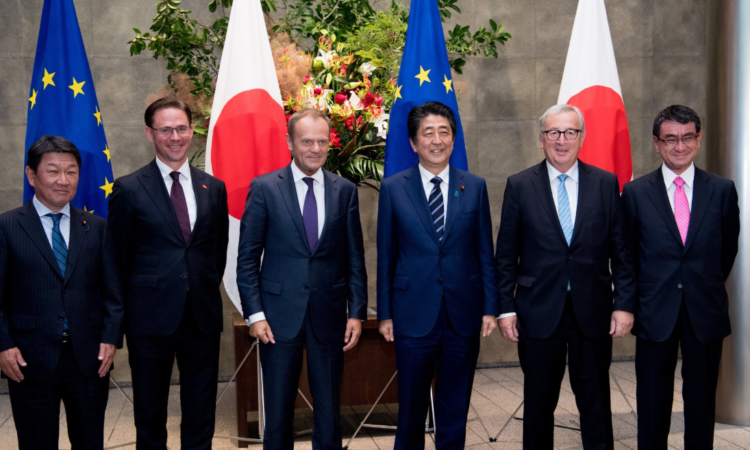 Following a number of years of preparations, and with the negotiations finalised in December 2017, the agreements were officially signed at the 25th EU-Japan summit held in Tokyo earlier today (Tuesday, July 17).

At the summit the international leaders reaffirmed their resolve to “work together for the rules-based international order and to promote a free and fair global economy”.

At the summit, President Juncker said: “Today’s signature of the EU-Japan Economic Partnership Agreement is a landmark moment for global trade.

It brings together economies that account for a third of the world’s GDP and are home to over 600 million people.

“EU firms already export over €58 billion in goods and €28 billion in services to Japan every year. This deal has the potential to increase that by as much as 24%.

“It will remove the vast majority of the €1 billion of duties paid every year by companies that export to Japan.”

With the signature of the Economic Partnership Agreement with Japan we are making a statement about the future of free and fair trade. The agreement puts fairness and values at its core. There is no protection in protectionism – and there is no unity where there is unilateralism. pic.twitter.com/4vMs7FcfWM

Singling out agriculture, the President  of the European Commission highlighted: “It is also good news for our agricultural sector.

Duties will be scrapped for cheeses as well as on wine. It is also good for farm producers and it is opening the way for the protection of 200 European Geographical Indications that will now enjoy the same level of protection in Japan that they have in Europe.

“And by the same token, Japanese products such as Kobe Beef or Yubari Melon will be protected in Europe.”

President Juncker added that there would be an immediate tariff elimination of up to 4% on over 90% of Japanese car parts, and of all tariffs on cars, within the next seven years.

Celebrating the formal signing of the agreement today, the European Commission for Agriculture and Rural Development, Phil Hogan, issued a series of tweets on social media, highlighting the agricultural benefits of the deal.

“While the EU is already the main player on the Japanese cheese market, the EU-Japan deal will eliminate high export duties on hard cheeses like gouda and cheddar (currently 29.8%) and establish a duty-free quota for fresh cheeses such as mozzarella.” 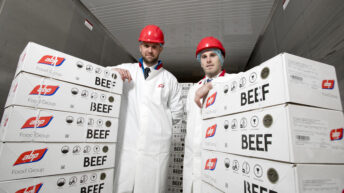