Members of An Garda Siochana have warned farmers, contractors and any drivers transporting bales to ensure that their loads are fully secure before setting out on journeys.

This warning was prompted by Gardai coming across a bale of straw in the middle of the road, presumably lost by a careless driver.

The abandoned bale was made all the more dangerous by its location – quite close to a bend in the road.

This could cause a real hazard for any motorist attempting to overtake the obstruction. 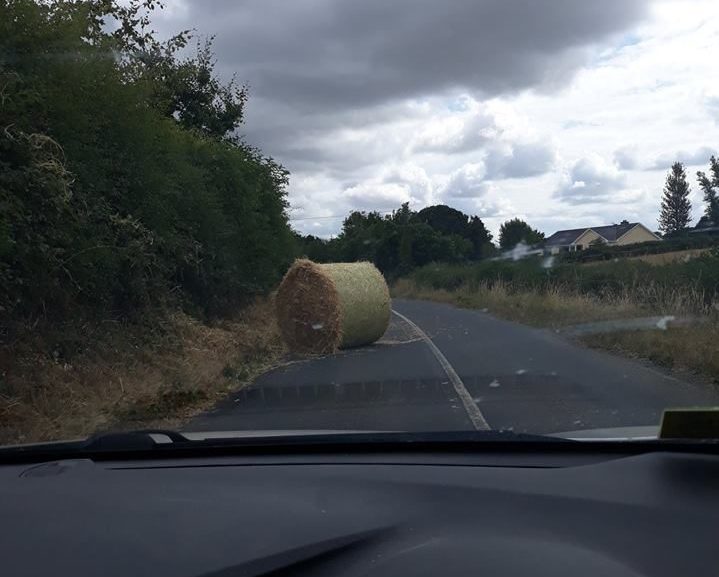 Posting pictures on social media, the An Garda Siochana Tipperary Facebook page issued a brief statement saying: “In this busy season of agricultural activity, Gardai would like to remind all those transporting round bales and other heavy loads of their obligation to ensure that they are secured properly for safe transport.

If this had hit a pedestrian, cyclist or vehicle, the only person who would be looking for ‘bale’ would be the driver in court.

Gardai subsequently pushed the lost bale from the road into the ditch to minimise danger.