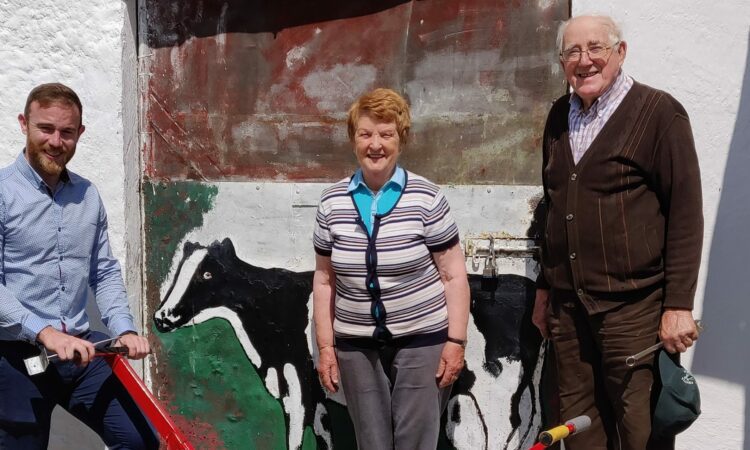 Tony Bergin is an octogenarian agri-inventor. He has entered his 25th invention in the upcoming Tullamore Show.

Tony is a retired dairy farmer from Co. Offaly and an active innovator and inventor. He has lived through World War II and the electrification of rural Ireland.

But he is not one of those people you would think of as retired – his mind is more active than most middle-aged people and he has no plans to stop. This August, he is entering his 25th Tullamore Show National Inventions Competition.

Tony’s inventions range from an apple picker to high-tech turf turning machinery and many other labour-saving and safety-enhancing innovations.

Many of his inventions have won prizes and were successfully sold, but he is the first to admit he does not do this for the money.

Tony explained: “When I’m inventing things I don’t look at it from a financial angle. It’s more the satisfaction of seeing it work, but selling them is always a nice bonus.”

I’d stay going night and day, then I’d go to bed and still be thinking about how I could improve it further. I’d be up the next day cutting it up and making it again.

Months of thinking, prototyping and testing go into each new innovation in the workshop or “the office” as his family call it.

His wife of over 50 years, Mollie, has seen all the inventions saying: “It’s great for him, especially when he is not farming anymore. You have to fill that space. He wouldn’t be the type who would like to be idle. He’s got to be busy.”

When asked about what the Tullamore Show means to him, Tony said: “The invention competition opens up people’s minds. When it started there were only nine or 10 entrants, and now there are 30 or more. I look forward to it every year.”

Rodney Cox, a previous chairman of the show, and still in charge of the inventions competition, knows Tony well and said: “Tony is one of these people who make the show what it is. It wouldn’t be the same without him.”

Tony received a lifetime recognition award a few years ago, when the organisers heard he might retire, but that only seems to have motivated him even more and he says he now has no plans to retire from the show.

This year, Tipperary company Herdwatch has joined forces with Rodney Cox and his team to try and bring even more inventors out to the event by organising an ‘AGventions’ competition.

Entries to the AGventions competition are free. A picture; a name; and a description of the invention are all that’s needed. The entries will go into a voting process and the winner will receive €250 from Herdwatch.

There are prizes for runners up too, so if you or anyone you know has an invention or innovation of any kind, make sure to enter here.

Up to three entries will be put forward from this competition into the Tullamore Show competition, where they will be in with a chance to win more cash and to showcase their talent.

The show takes place on Sunday, August 12, and will be officially opened by Mairead McGuinnesss, Member of the European Parliament (MEP), at 11:00am. 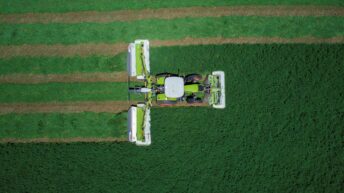 New world record for mowing: But who, where and how fast?