The newly-formed Joint Committee on Climate Action is scheduled to meet for the first time in September, the leader of the Green Party, Eamon Ryan, has confirmed.

Welcoming the formation of the special panel, deputy Ryan confirmed that it will meet for the first time on September 5.

The committee will be chaired by Galway West-South Mayo TD Hildegarde Naughton – who also chairs the Oireachtas Committee for Communications, Climate Action and the Environment.

Commenting on the establishment of the committee, deputy Ryan said: “The key centre of the work is bringing in all of the secretary generals, including the one for agriculture.

It will be looking to see how might the Citizens Assembly’s climate change recommendations influence the National Energy and Climate Plan – which has to be published in draft form by the end of the year. That supersedes the National Climate Mitigation Plan.

“It’s not just going to be myself saying: ‘Lads, we have to have real figures’. I think the European Commission will be insisting the same, because it’s our contribution to a collective European effort,” the Dublin Bay South representative said.

Speaking after her appointment, deputy Naughton stated that Ireland needs to ensure that climate action is at the heart of policy making.

Continuing, she said: “The Climate Change Advisory Council has been very clear; we are not doing nearly enough to decarbonise.

This new committee will explore all of the various options to make climate action the priority of Government policy and ensure that the appropriate action is taken as a matter of urgency.

“Not doing so puts our future generations at risk of very serious adverse climate consequences. We need to encourage every sector to transition to a low-carbon economy, through supports and incentives.

“This must include agriculture, transport, industry and construction to name a few.

“It is my plan that we will engage with relevant stakeholders in these sectors and, together, forge dynamic new policies that can drastically reduce emissions and safeguard all our futures,” she concluded.

It is understood that the Joint Committee on Climate Action will have to report its conclusions and recommendations to both houses of the Oireachtas by no later than January 31, 2019. 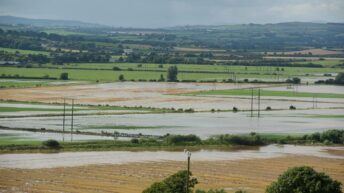 Should farmers be paid to assist with flood management?