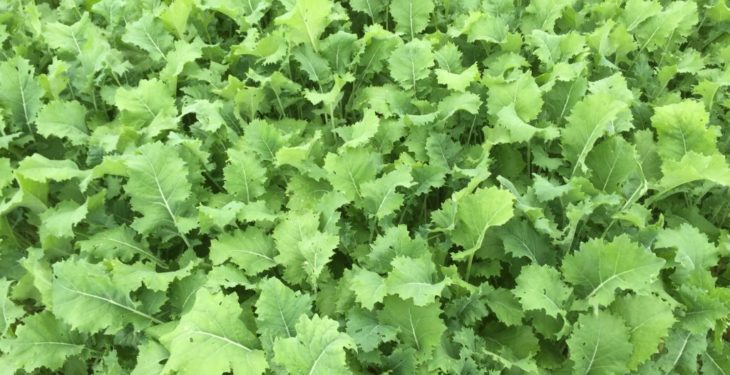 As winter crops are removed from fields early this year, tillage farmers may get an opportunity to plant catch crops. These crops may also provide some extra income as a source of fodder for livestock farmers.

Planting early is a key component to successful catch crop establishment. As the saying goes: ‘A day in July is worth a week in August and a month in September.

However, drought will delay sowing this season. Farmers must wait for rain before seedbed preparation can begin.

Many tillage farmers may be thinking about mixtures which will help with soil structure and organic matter build up. However, this year, focus may be best spent on mixtures which can fulfill this role and that can also be used as fodder options for livestock.

While many tillage farmers may be cautious about entering into forage crop agreements, catch crops can be a low-risk investment. If some of the 20,000ha expected to be sown were used to feed animals, it may help to alleviate some of the fodder shortage.

If the crop is not sold – or where farmers do not pay up front to graze or bale the crop and the crop is not sold as a result – then the tillage farmer is still going to benefit from sowing the catch crop, as it will do the job that it was originally intended for – catch nutrients, improve soil structure and help organic matter build up in the soil.

More flexible to grow outside of GLAS

Farmers who are not sowing catch crops under the Green Low-Carbon Agri-Environment Scheme (GLAS) may graze the crop anytime they wish and can also top/cut the crop before it goes to seed. This will help to avoid volunteers in the following tillage crops.

Early grazing of some fodder options may also result in regrowth, which will increase the organic matter being incorporated back into the soil.

Tillage and livestock farmers have a good opportunity to work together in feeding livestock and improving soil quality. In a case where farmers are cautious about poaching damage, there are fodder crops which can be baled. Zero-grazing may also be an option where farmers do not want crops to be grazed in-situ.

Anyone sowing catch crops under the GLAS scheme must:

GLAS mixtures can be purchased from seed suppliers in a pre-prepared mix. Farmers can also decide on their own mixtures in many cases. Farmers that are not in GLAS may sow one crop.

A mix of forage rape and leafy turnip (costing approximately €25/ha) can provide an excellent feed for animals over winter. It also grows a root which will benefit the soil. Rape can also provide re-growth and substantial leaf for soil organic matter build up. 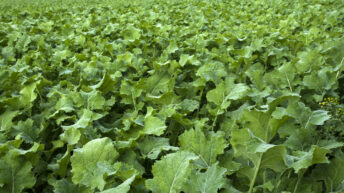 Forage crops: What options do I have?