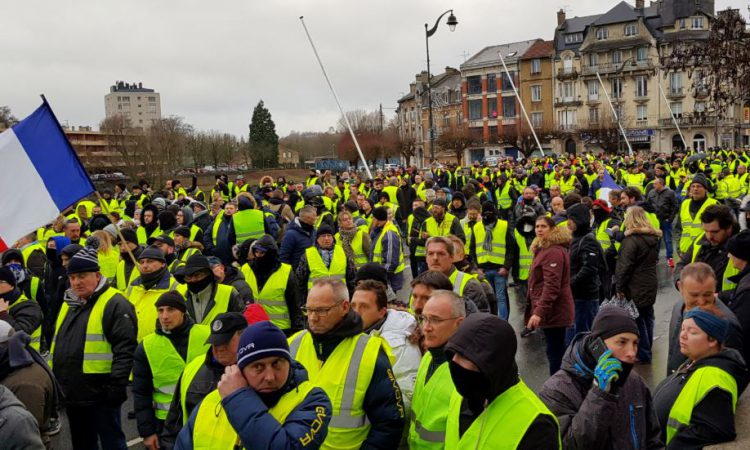 The Government could face protests similar to the populist, grassroots yellow vests movement that rocked the French presidency of Emmanuel Macron in 2018, if carbon taxes hit rural Ireland, the former minister for communications, climate action and environment has warned.

Following the publication of the Government’s “far-reaching” Climate Action Plan – which sets out over 180 actions, plus hundreds of sub-actions, to tackle the country’s rising greenhouse gas (GHG) emissions levels – independent TD Denis Naughten cautions that “a copy and paste of ideas” from elsewhere will “not deliver” for rural areas.

The strategy, unveiled this afternoon, Monday, June 17, outlines plans to: move to 70% renewable electricity by 2030 (currently only 30% of our electricity comes from renewable sources); establish a system of five-year carbon budgets and sector targets with penalties if they are not met; bring 950,000 electric vehicles onto Irish roads; deliver legislation to ban the sale of petrol/diesel cars from 2030; and plans to deliver reductions in GHG emissions in agriculture by expanding forestry planting and improving soil management among other aims.

Although the plan does not specifically outline plans to increase the carbon tax, sources have indicated to AgriLand that an incremental increase in carbon tax from €20/t to €80/t – or possibly even €100/t – is expected over the next number of years – in line with budgetary considerations.

However, according to the Roscommon-based TD, the objective of carbon taxes should not be to bring in more money for the state.

Instead he points out that if such taxes are to be successful they should “generate less money” for Government.

We will face protests such as the yellow vest protests in France if carbon taxes are used to bring in more money – and such taxes will hit rural Ireland to a far greater extent than they should.

“This is not good for families and will not be good in achieving our climate targets,” he said.

“Structuring environmental taxes so that they do not take in additional money makes them more complicated but, more importantly, drives the change that is needed instead of the confrontation that has postponed climate action in the past.

“We already see speculation on the increase in diesel taxes; but we have the opportunity to actually reduce the carbon tax which motorists pay on diesel by 50%, as well as dealing with a problem that we have in disposing of waste oils.

It is possible to blend renewable oils (HVO – hydrotreated vegetable oils) at a rate of 50% into the diesel used in the transport and agricultural sectors, as well as by motorists, which would see the amount of carbon tax to be paid slashed in half rather than increased.

“We must also take measures to tap into the huge renewable energy potential off our coast which has the potential to supply 10 times Ireland’s electricity needs.

“This additional renewable electricity could be auctioned off to other EU countries and the funds used to reduce the cost of electricity to Irish families,” he said.

On the electricity front the Climate Action Plan outlines the aim to increase reliance on renewables from 30% to 70% – adding 12GW of renewable energy capacity in line with peat and coal plants closing – with some of this delivered by private contracts.

Plans to put in place “a coherent support scheme” for micro generation are also mentioned with a price for selling power to the grid.

The Government also intends to deliver an intensive programme of retrofitting to install 400,000 heat pumps in homes and businesses – replacing the existing carbon-intensive heating systems.

According to Naughten, reducing the cost of electricity would act as a positive incentive for the public to invest in subsidised renewable electricity heating systems – rather than forcing up the cost of heating homes with fossil fuels without providing an alternative.

“Our climate plan needs to provide unique solutions to the problems and opportunities that we have in Ireland and not a copy and paste of ideas from somewhere else that will not deliver for Ireland or Irish families struggling to meet current living costs,” he concluded.