The Department of Agriculture, Food and the Marine has published the list of meat factories which were guilty of excessive carcass trimming to date this year, naming a single factory – Kavanagh Meats of Enniscorthy, Co. Wexford.

The meat plant in question was found to have excessively trimmed three carcasses, which were deemed to be non-compliant, according to the authority.

This is down significantly on the three factories named on the same list for last year.

In a statement on the department’s website, it was noted:

To date in 2019, officers from the Carcass Classification Division conducted over 580 inspections across 32 factories and over 50,000 carcasses were inspected.

“To date in 2019, there has been non-compliance found with the carcass trim specification in relation to three carcasses in a single plant,” the authority noted.

Any compensation payments made to a farmer supplier, including in relation to issues such as this, are a matter between the farmer/supplier and the processor/plant.

By comparison, in 2018, there were 19 instances of excessive carcass trimming: There were 11 from Kepak Clare; five from Emerald Isle Foods; and three carcasses from Kildare Chilling Company.

No fines were issued in 2017. A concerted campaign by the department, with the co-operation of Meat Industry Ireland (MII), took place in that year to raise awareness of the standard of presentation and the requirements for carcase dressing. 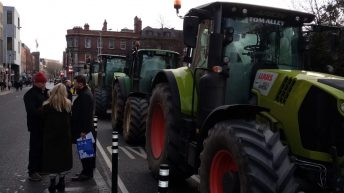