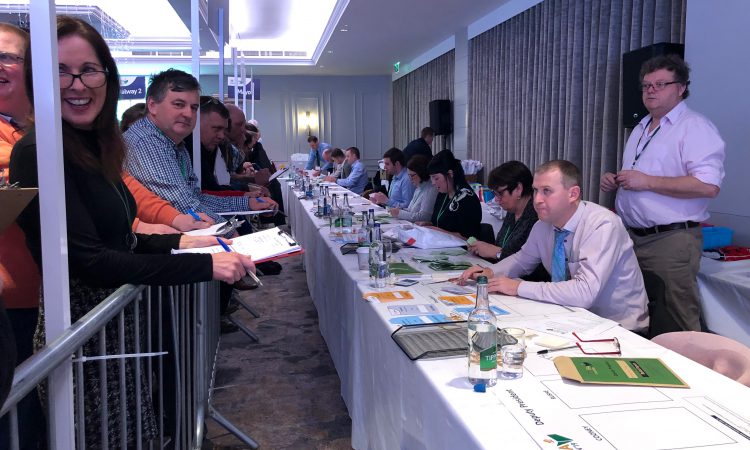 A total of 20% of the ballot boxes have now been opened and the first count is well underway for the 2019 Irish Farmers’ Association (IFA) elections.

The count is taking place at the Castleknock Hotel, Dublin, this morning, Tuesday, December 17.

So far, 186 of the 944 ballot boxes have been opened and there is a mere 31 votes between the three presidential candidates – Tim Cullinan, John Coughlan and Angus Woods.

As 20% of the first count has been completed, in the lead by a hair’s length of 14 votes is Co. Tipperary’s Tim Cullinan with a total of 1,411 votes.

In second place currently is Co. Cork’s John Coughlan – who is 14 votes behind Tim Cullinan – with 1,397 first preference votes.

Finally, in third place and a minuscule 17 votes behind Coughlan is Co. Wicklow’s Angus Woods. 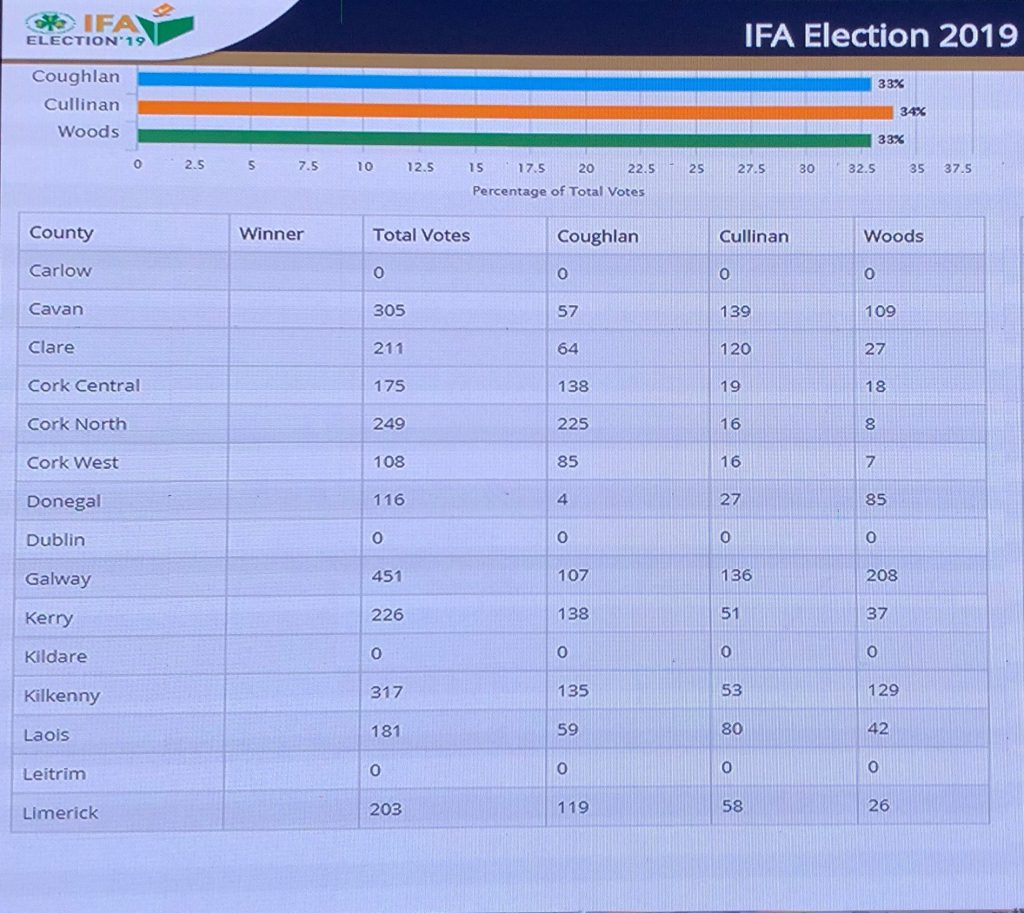 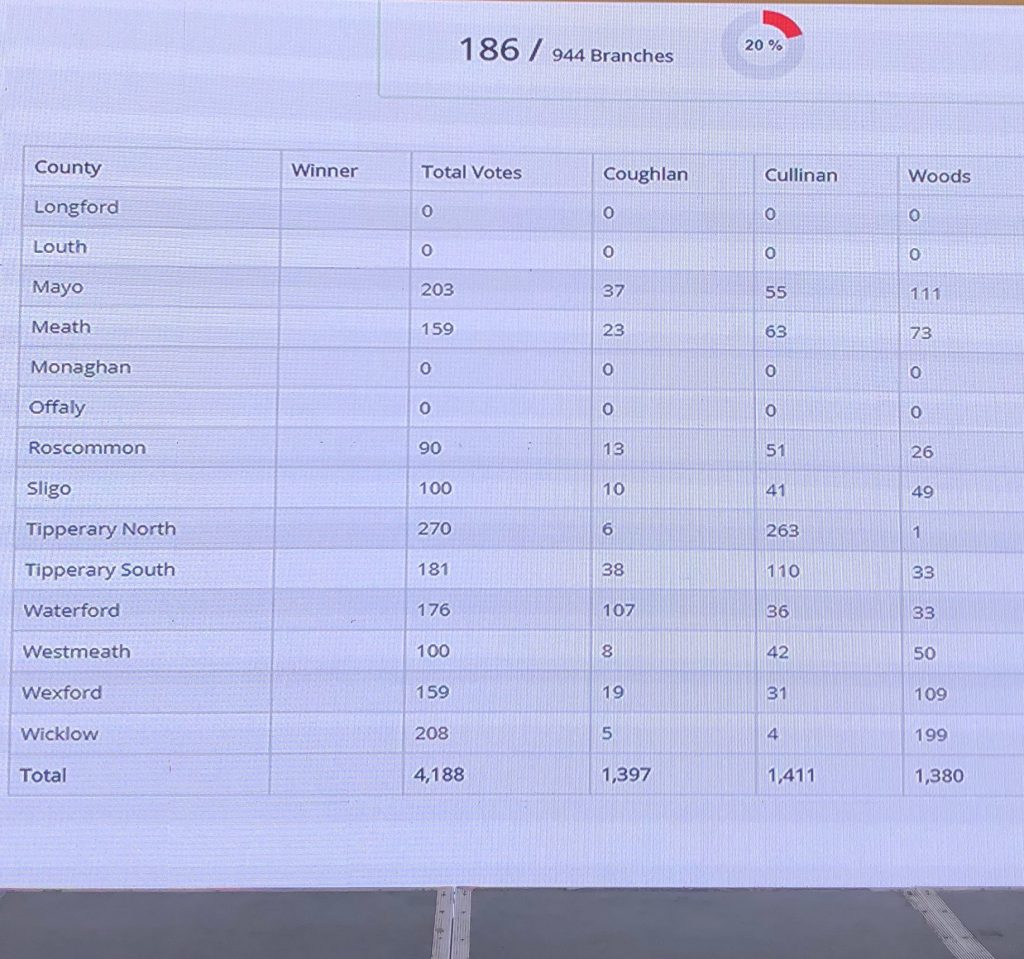 Stay tuned to AgriLand for further updates on the election as the count unfolds. 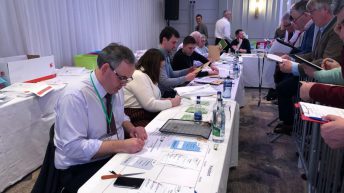