Margins tighten as IFA election count goes to the wire 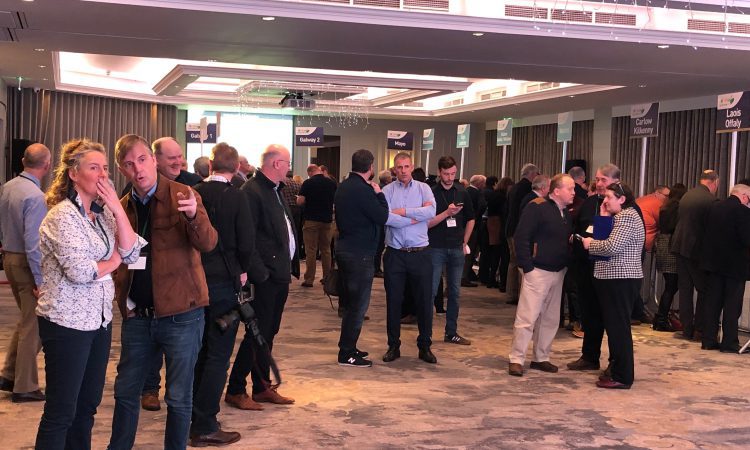 A total of 49% of the ballot boxes have now been opened and the first count has reached the half-way mark for the 2019 Irish Farmers’ Association (IFA) elections.

The count is taking place at the Castleknock Hotel, Dublin, today, Tuesday, December 17.

So far, 467 of the 944 ballot boxes have been opened and there is a mere 149 votes between the three presidential candidates – Tim Cullinan, John Coughlan and Angus Woods.

In an interesting turn of events, Co. Cork’s John Coughlan has pinched a slight lead and currently has 3,677 first preference votes secured.

Next up, and a marginal 92 votes behind Coughlan, is Co. Tipperary’s Tim Cullinan who has bagged 3,585 first preference votes.

In close chase is Co. Wicklow’s Angus Woods, hot on Cullinan’s heels, at a mere 57 votes behind the Co. Tipperary man. 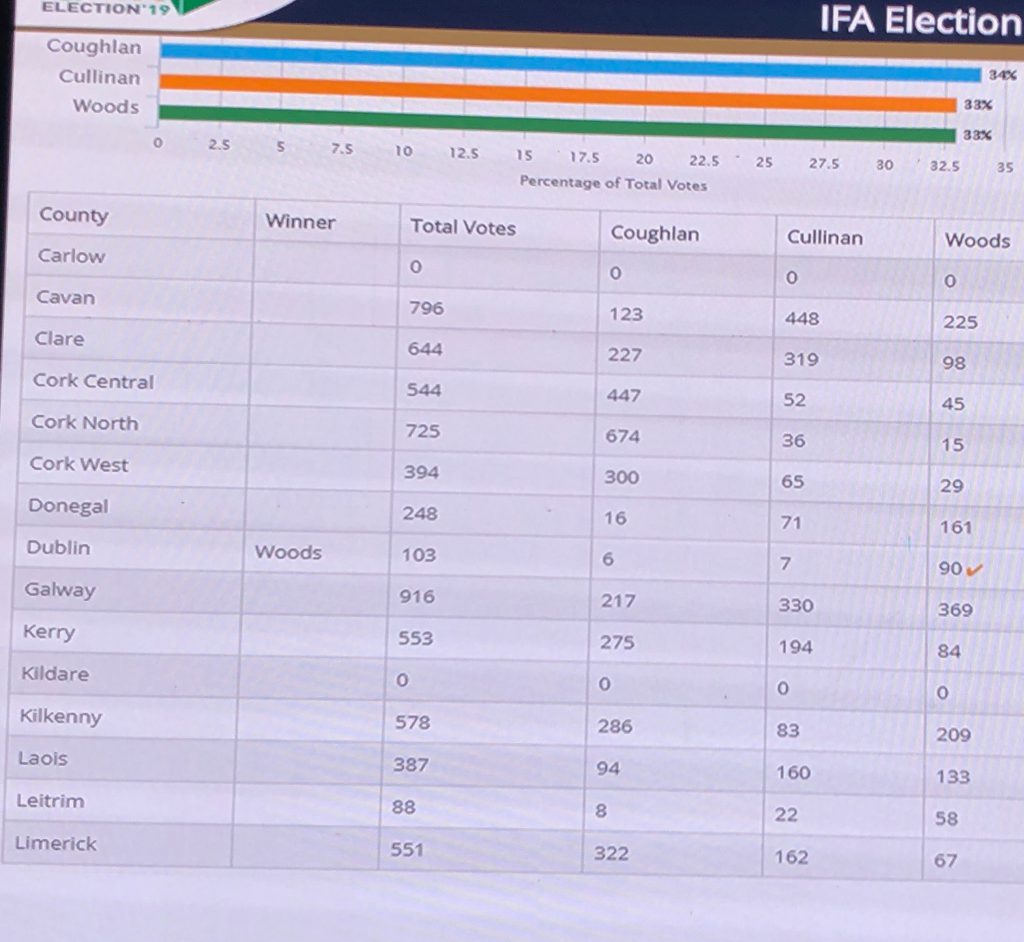 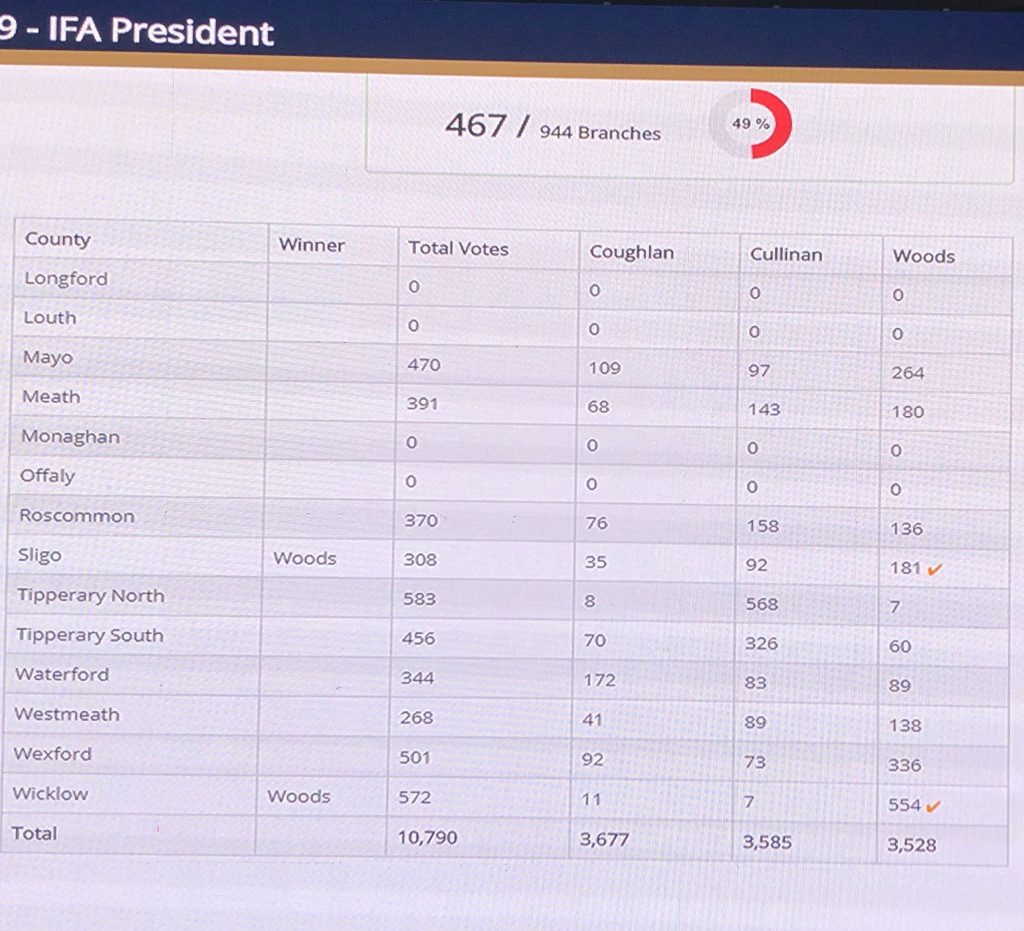 Remarkably, it appears as though the deputy race will also go to the wall as contenders Thomas Cooney, Co. Cavan, and Brian Rushe, Co. Kildare, battle it out for the position of deputy president of the IFA.

Here’s how the deputy race is looking on a county-by-county basis at the moment: 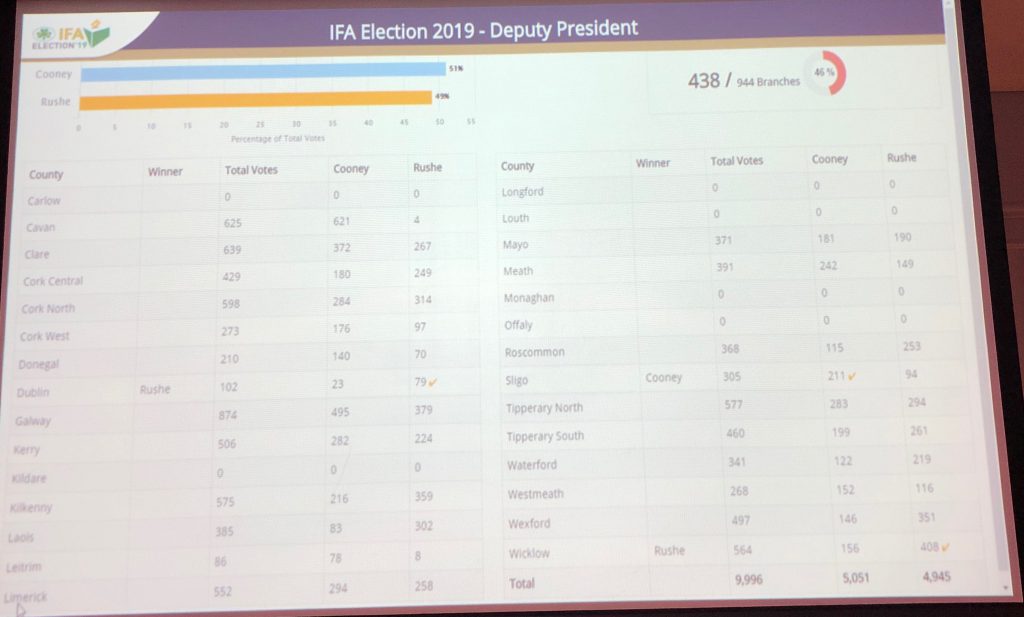 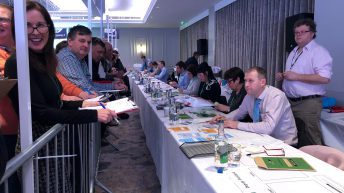