Another tractor protest has just kicked off in Merrion Square, in Dublin city centre, this afternoon, Tuesday, December 17.

Organised by a number of individual farmers frustrated at the current gap in beef price between Irish prices and export market prices, the demonstration currently has approximately 20 protesters outside the Shelbourne Hotel beside Stephen’s Green.

More protesters are on the way, demonstrators said, with the afternoon set to bring additional beef farmers.

A number of tractors were also driven up to reinforce the farmers’ message. It is understood that the demonstrators are not represented under any specific organisation banner; but rather are present as individuals. 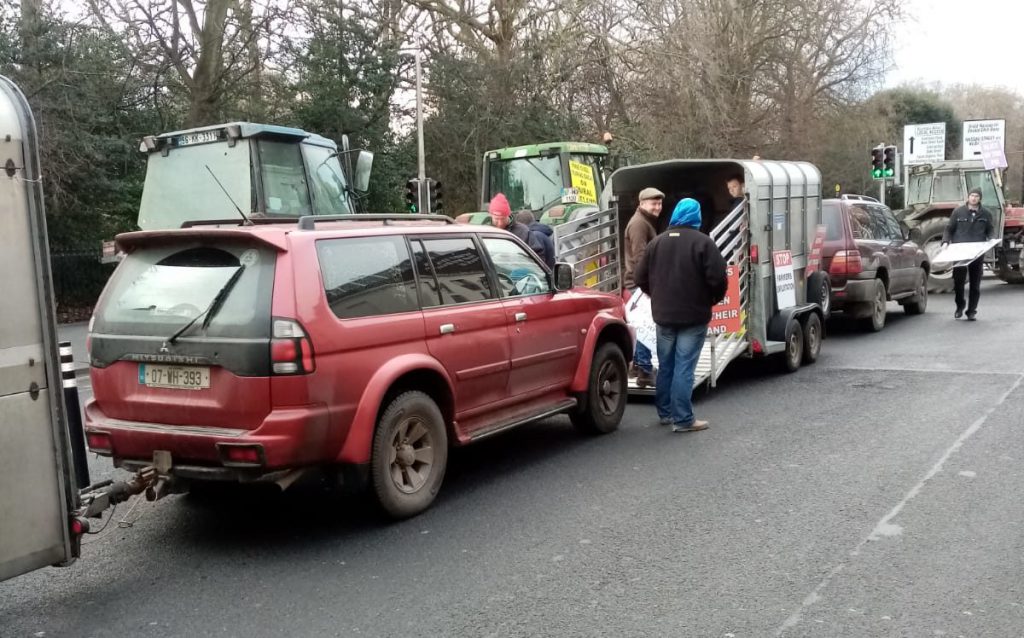 People present pointed out that the gap between the Irish beef prices and the Bord Bia export benchmark price has widened to 24c/kg, with the difference with the UK at over 50c/kg.

An Garda Síochána is facilitating the protest. In a brief statement on social media, the Garda Twitter account said:

Due to a demonstration currently taking place on St. Stephen’s Green, there is limited access to the area. Traffic restrictions are also in place on Leeson Street, Cuffe Street, Kildare Street, Molesworth Street and Ely Place.

Meanwhile, AA Roadwatch warned: “A demonstration in the city centre is causing very heavy delays on many routes.”

The event is the second such tractor protest in as many months with a previous protest taking place at the end of last month.