Tractors, trailers, 4X4s and machinery of all sorts that left farmyards across rural Ireland in the early hours of the morning are beginning to arrive in Dublin’s city centre.

Speaking to AgriLand, one of the organisers claimed that “over 100 tractors and approximately 1,000 people” would attend the demonstration at Merrion Square.

However, AgriLand estimates that the number in attendance “was closer to 450 people”.

The organisers also noted none of the seven farm organisation are involved in the protest. They claim it has been organised by “individual farmers representing the interests of rural Ireland”.

Speeches are currently underway at the protest and one notable factor from the crowds is the level of young people in attendance.

The protesters have outlined six key issues of contention which has led them to demonstrate.

These, they say, include:

It was highlighted before the protest that family farms must be protected to ensure sustainable incomes, while calls have also been made for the removal of barriers that are preventing the convening of the Beef Market Taskforce. 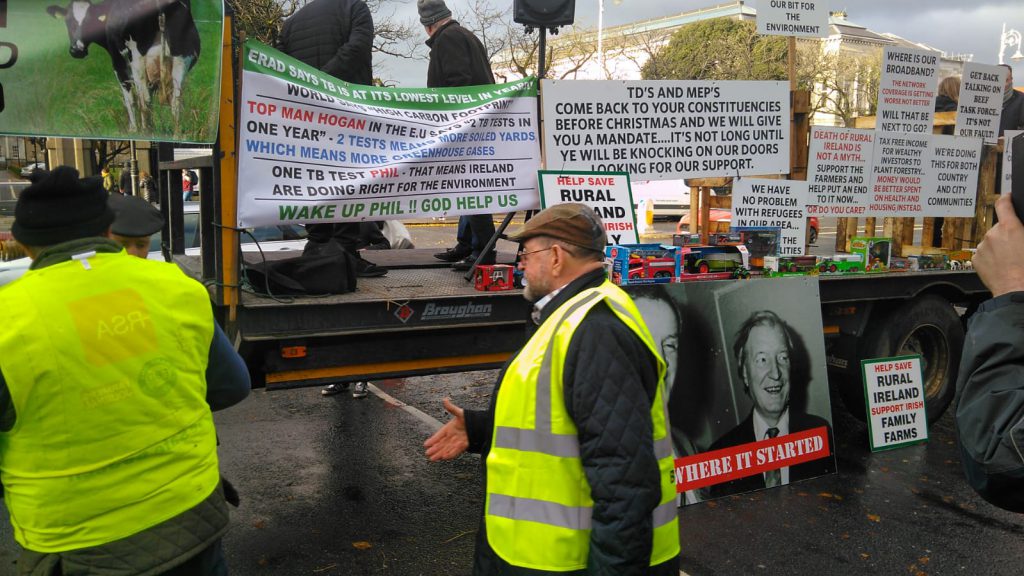 A “root-and-branch reform of state agencies” including Teagasc and Bord Bia has been called for, while organisers are also criticising the “overall Government neglect” of rural areas in relation to services and infrastructure.

Finally, the organisers have pointed to the issue of dairy bull calves, which farmers are facing this spring, criticising “low-value bull calves which there is no market for”.

Video: Farmer convoy 'on route' to Dublin for tractor protest