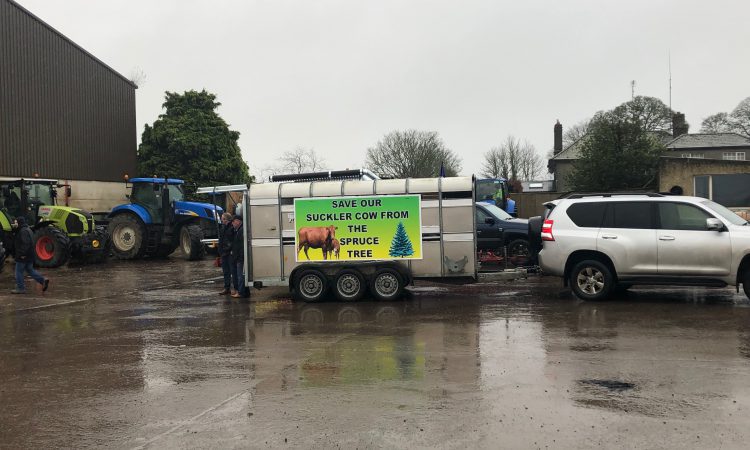 An Garda Síochána has issued a statement ahead of the tractor protest that is planned to take place in Dublin City today, Tuesday, November 26.

Farmers protesting on foot had arranged to meet at Merrion Square for 11:00am, with protesters on tractors meeting at 12:00pm.

A large convoy of tractors had assembled near Dunshaughlin and plans to meet more farmers driving tractors at Heuston Station where they will then head into Merrion Square.

In a statement responding to today’s planned protest, An Garda Síochána explained it has “a role in ensuring that peaceful protests can take place, and also in preventing injury and protecting life”.

Our objective with any such operation is to ensure the safety of the public. We respect people’s right to peaceful protest and will facilitate same.

Concluding, the statement added: “Gardaí attend protests to facilitate free movement of traffic and to prevent any breaches of the peace.”

According to An Garda Síochána’s Twitter page, Molesworth Street and Kildare Street are closed due to “planned demonstrations”.

The protesters have outlined six key issues of contention which has led them to demonstrate.

These, they say, include:

It is not yet known how many tractors will attend the protest in Dublin today. However, stay tuned to AgriLand for further updates on this story. 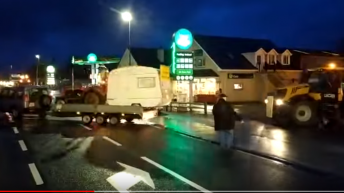 Video: Farmer convoy ‘on route’ to Dublin for tractor protest