The protest planned by farmers for later today is being described as “a clear indication of the enormous gap that exists between promises and delivery to rural Ireland”, by independent TD Mattie McGrath.

Deputy McGrath was speaking ahead of the protest which is expected to arrive at Merrion Square for 11:00am, with protesters on tractors meeting at 12:00pm.

The Tipperary TD stressed: “The Minister for Agriculture, Food and the Marine, Michael Creed, must wake up and realise that farmers do not have time to wait around for improved conditions or alleviation from punitive carbon tax increases.

Protesters who are leaving their farms in droves to travel to Dublin today are taking part in an action born out of sheer frustration with the lack of progress on so many issues.

“They look at state agencies like Bord Bia and Teagasc and they do not see organisations that understand the gravity of the threats facing farmers,” McGrath continued.

“That is why the protesters have made the root and branch reform of these state agencies one of their demands that needs to be addressed,” he added.

Increasingly, they are also looking at the main farmer representative bodies and asking if they too are really listening.

“I, and some of my colleagues in the Rural Independent Group, have submitted a request for a debate on this issue later today. 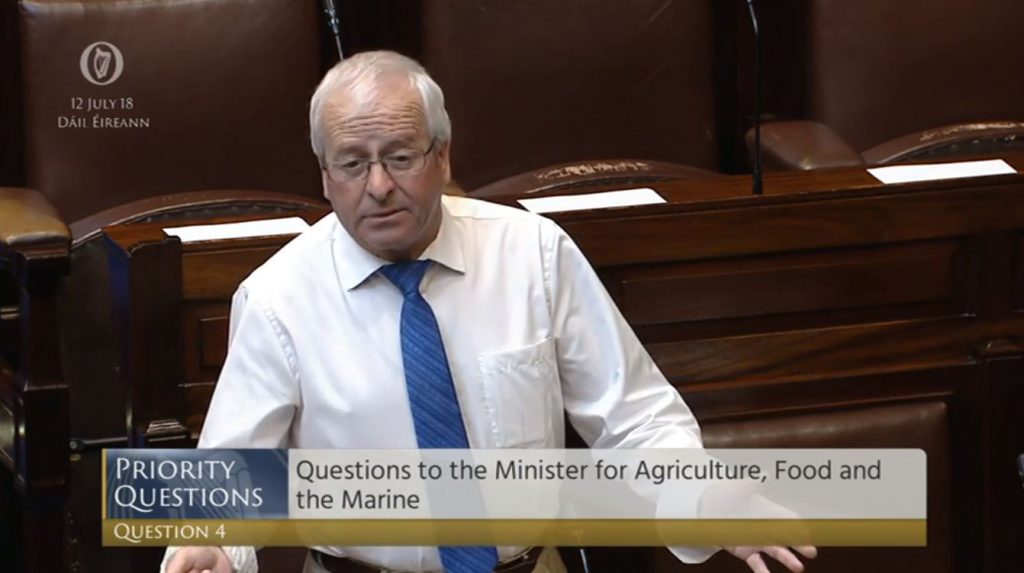 “We hope that this will be given and that we will finally hear something positive from the minister.”

Concluding, deputy McGrath said: “In any event we will be supporting the farmers in their march to Dublin and will be endeavoring to assist them in any way possible.”

Video: Farmer convoy 'on route' to Dublin for tractor protest