Collision involving a tractor in Donegal

Gardai from Ramelton are investigating a two-vehicle collision between a tractor and a car in Co. Donegal, a spokesperson for An Garda Siochana has confirmed.

One person was taken to hospital with minor injuries, the spokesperson added.

The road in question – the Milford to Ballyare route – was closed for a time after the incident, according to Highland Radio.

Man airlifted to hospital in Derry

Meanwhile, last week a man had to be airlifted to hospital after falling into a slurry tank on a farm in Limavady, Co. Derry, on Wednesday (July 25).

A spokesperson for the Northern Ireland Ambulance Service said authorities were alerted to the incident at about 10:30am.

“We were informed that a male had fallen from a roof into a slurry tank on a farm in Limavady. He was fully conscious and breathing at the time,” the spokesperson said.

Two accident and emergency crews were deployed to the scene, along with one rapid response paramedic and a Northern Ireland charity air ambulance.

The man was treated at the scene and was flown to the Royal Victoria Hospital in Belfast for further treatment. 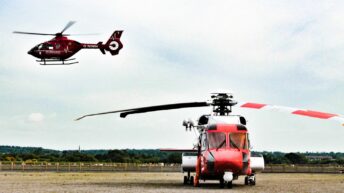 Man airlifted to hospital after falling into slurry tank