Classic corner: 6-cylinder Deere from the 1970s is a cherished Cork citizen 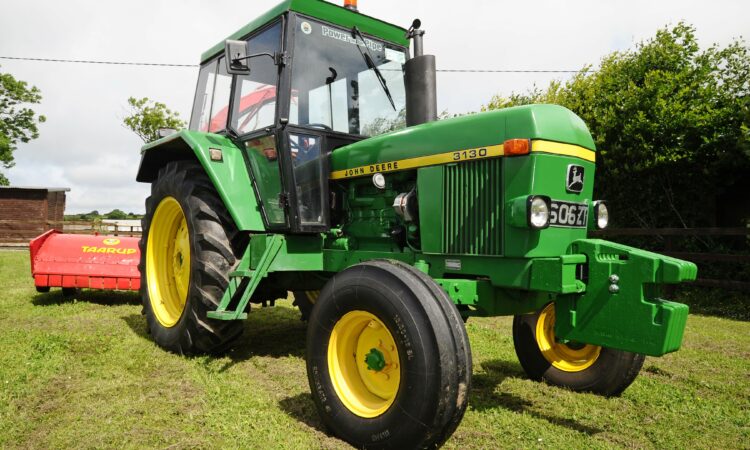 “You won’t see many 3130s about,” remarked Ricky O’Leary of Bandon, Co. Cork. This would not be too wild a statement, as the model was something of an oddity in the John Deere catalogue of the time.

In the early 1970s, John Deere had shaken up its model line-up globally, introducing various new machines and revamping or dropping the old. Amongst the newcomers was the ’30’ series, which usually signified a considerable upgrade over the previous ’20’ series tractors. 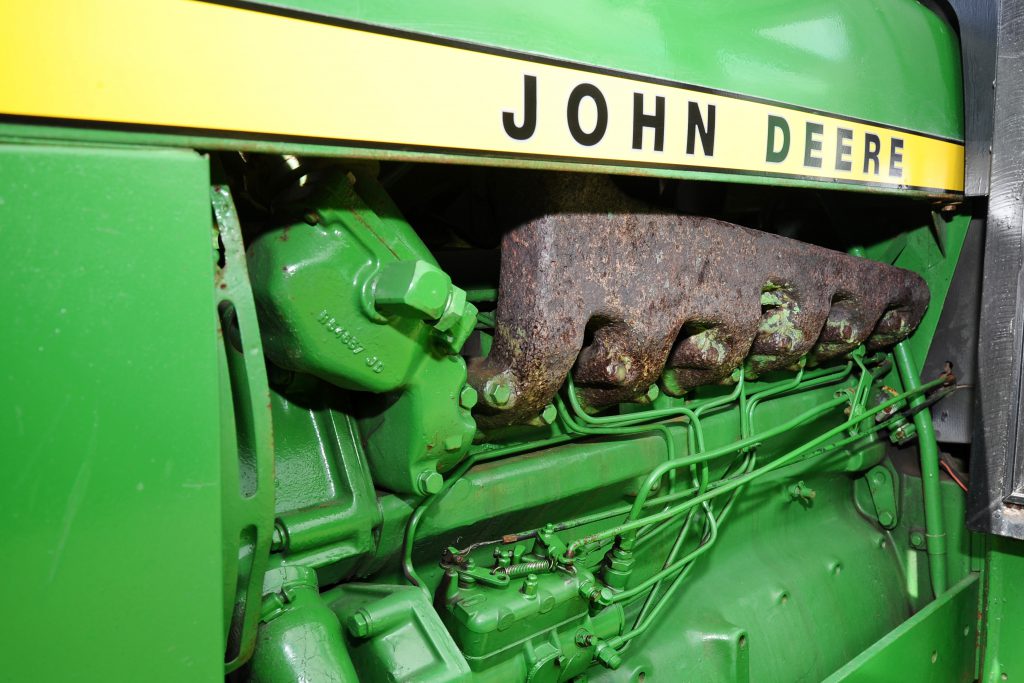 At the top end was the 175hp 6030, released in 1972, while at the lower end (and positioned as budget/utility tractors for the American market) much smaller models such as the 39hp 830 came along at about the same time.

Many were built in Iowa (US). Factories such as that in Mannheim (Germany) built others. Here, we focus on the six-cylinder 3130. 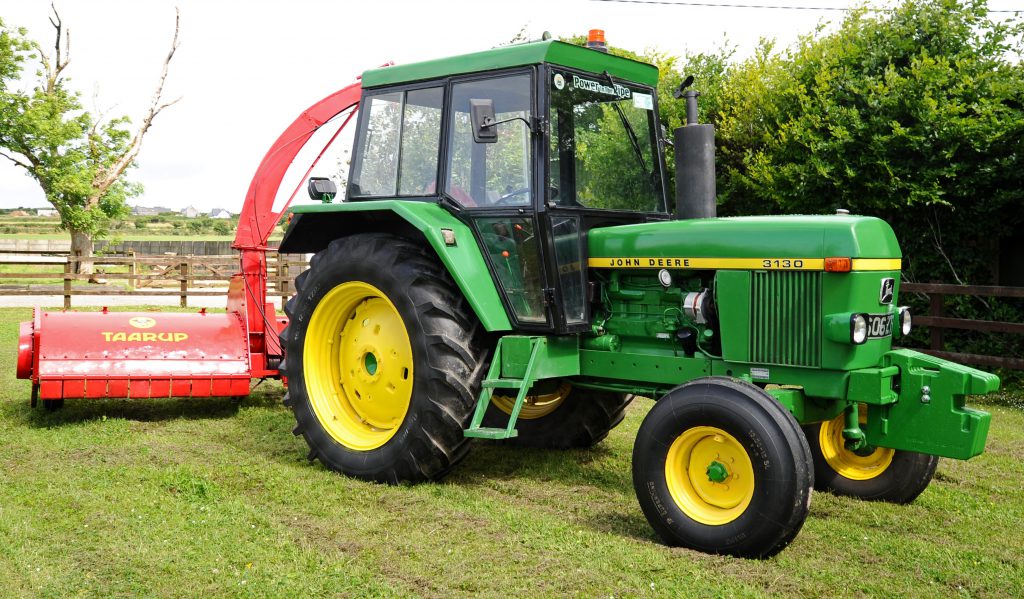 They were arguably not quite as common as many other Deeres. In any case, a six-cylinder engine producing 92hp (in the later variants) was never going to top the sales charts here in Ireland in the late 1970s. 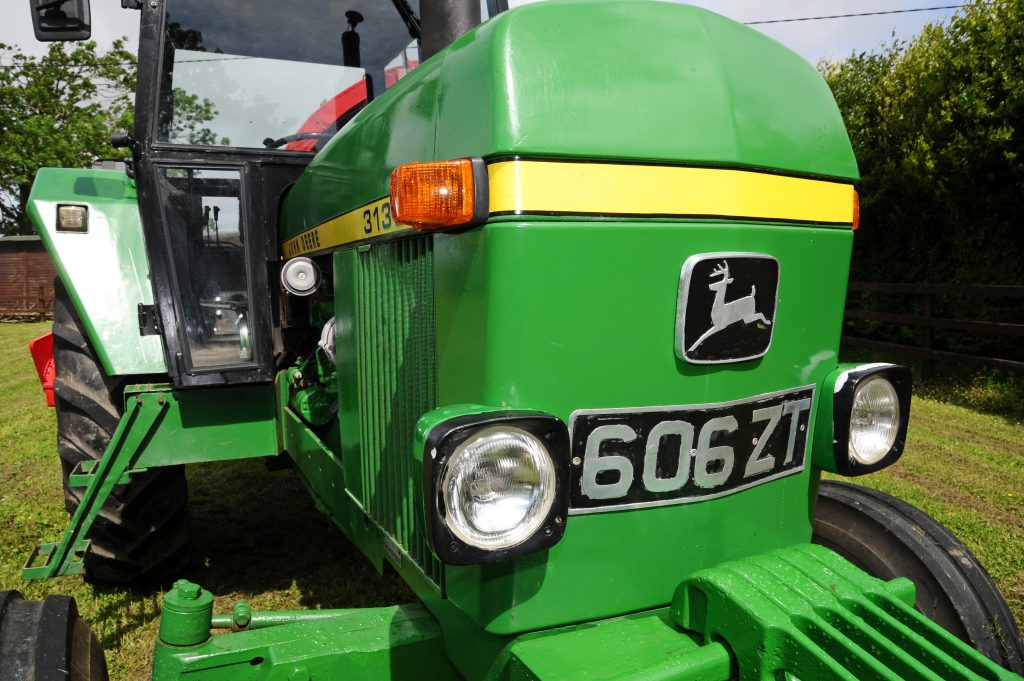 It was very much in the ‘contractor’s machine’ category. Backing up this assertion is the fact that this example (pictured) was originally sold to one such enterprise – only a few miles from where it now resides.

The present owners are Ricky and Richard O’Leary (pictured below). 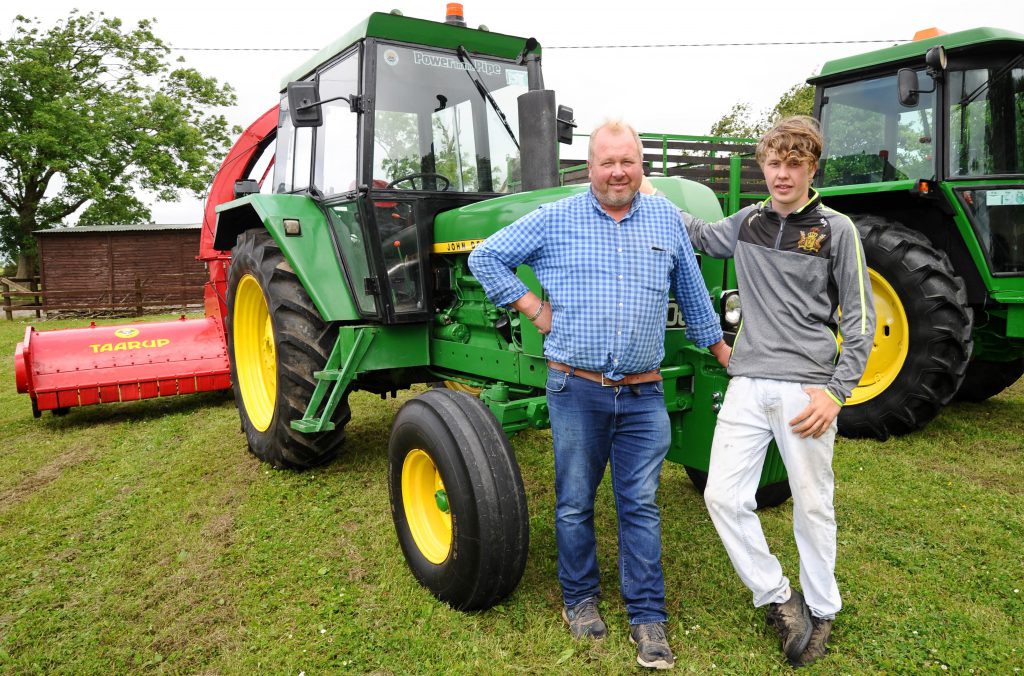 This father and son team share a great passion for classic tractors; they have brought this 3130 back to a state of preservation that lies somewhere between ‘original working condition’ and ‘fully restored’.

The decision to not treat it to a full make-over was, to a large extent, influenced by the fact that it was still in excellent working order (despite its 15,000 hours). 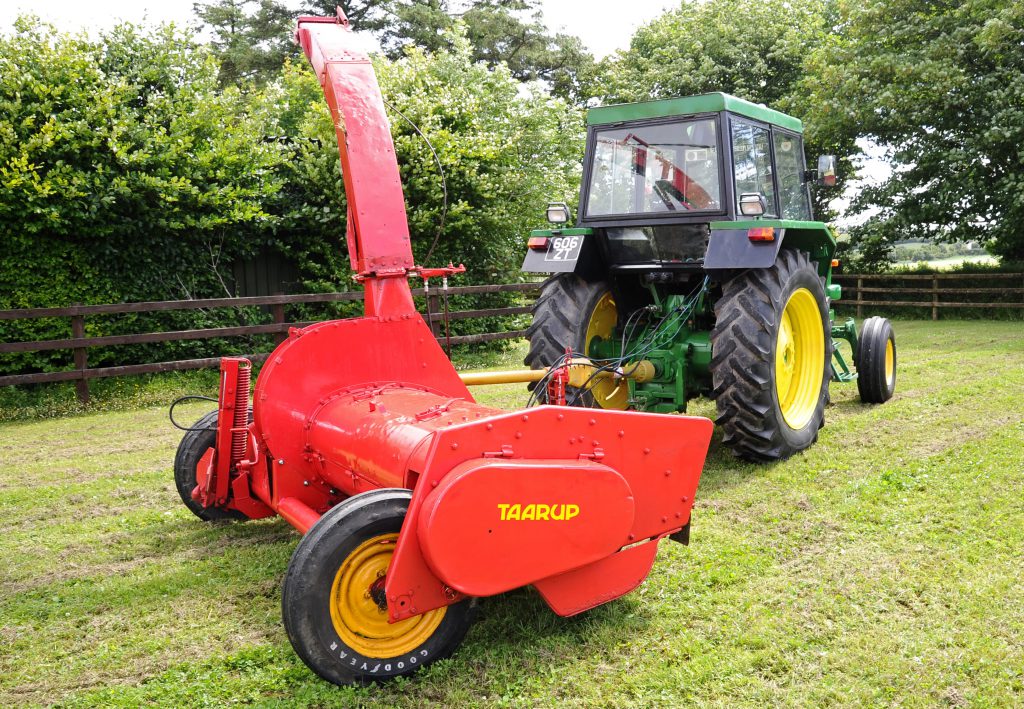 The reason for it staying for so long in such a condition is most probably due to the first owner being a great fan of John Deere, who always paid great attention to his tractors. He still does, according to Ricky.

This 3130 had spent over 30 years in that contractor’s fleet – first powering a double-chop harvester and then mowing.

Having been retired from active duty, it was sold on to a farmer who used it for little more than log splitting – a task that wouldn’t test its capabilities (and is probably not the best way to keep an engine well exercised).

The O’Learys acquired it around five years ago with the intention to take it to shows, ‘working days’ and tractor runs. They also have a restored Taarup double-chop harvester to keep it in shape, when it’s given the chance to work out. 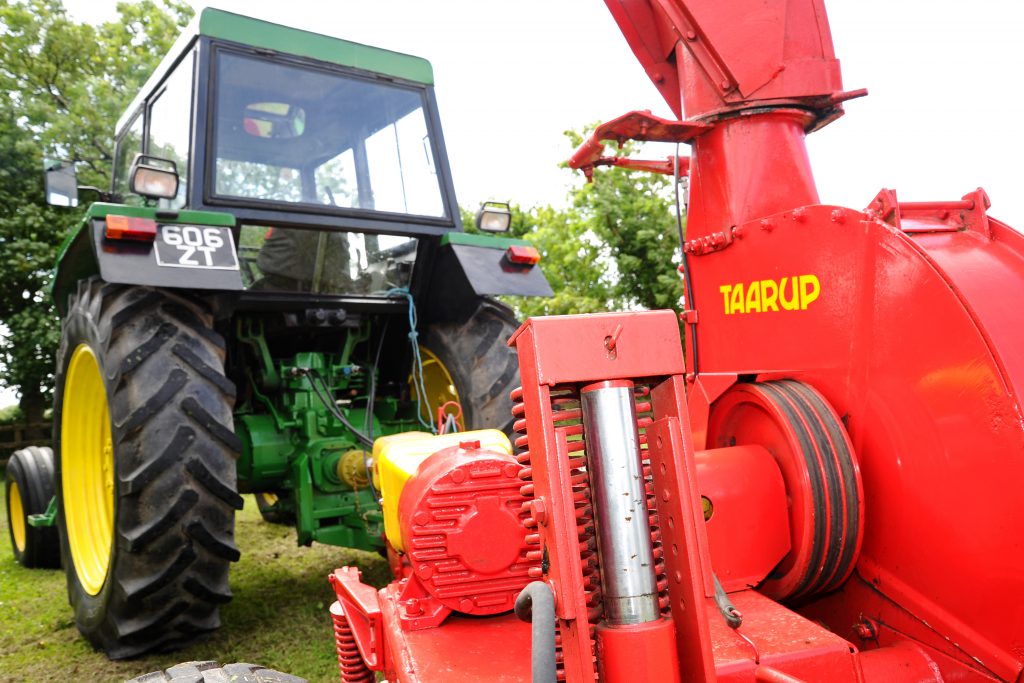 The engine and transmission have not been touched by them; it’s believed these items have never needed any major work during the 3130’s life. The brakes, however, did need some attention – prompting Ricky to approach a local mechanic who specialises in John Deere tractors. 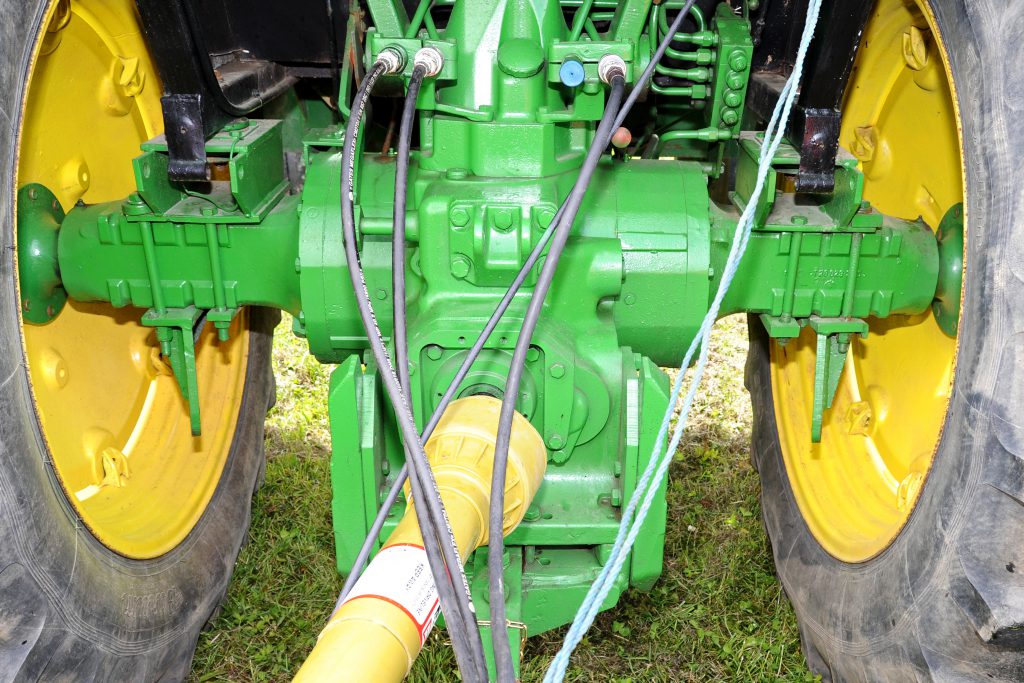 At first he refused to work on such an old model but then realised that, as a young lad, he had driven this very tractor home from the dealer when brand new. The brakes were sorted out very soon afterwards.

The paint-work was another area that required attention. Rather than a re-spray, it was decided that a good polish would keep everything original.

Eventually, it took around five sessions with the cutting compound to get it back to the original green – a tribute to the generous quantity of paint applied to the machine when it was new back in the 1970s. 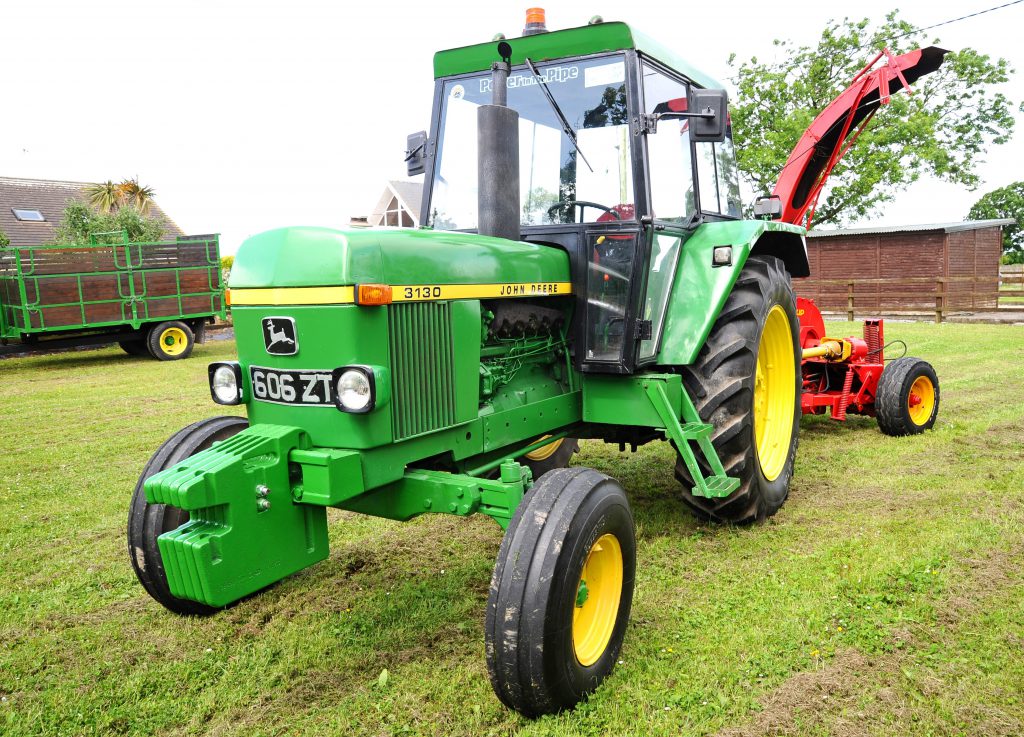 The tractor is home to a square-cut Sekura cab – a familiar fitment to many John Deere tractors sold into European markets at the time. This cab had obviously proved its worth; some damage to the left-hand side confirms that the tractor had taken a tumble (of sorts) down a silage pit at some point.

The mudguard and roof were bent. An attempt had been made to straighten them at the time; however, Ricky and Richard have decided to keep it that way – as part of the tractor’s heritage. 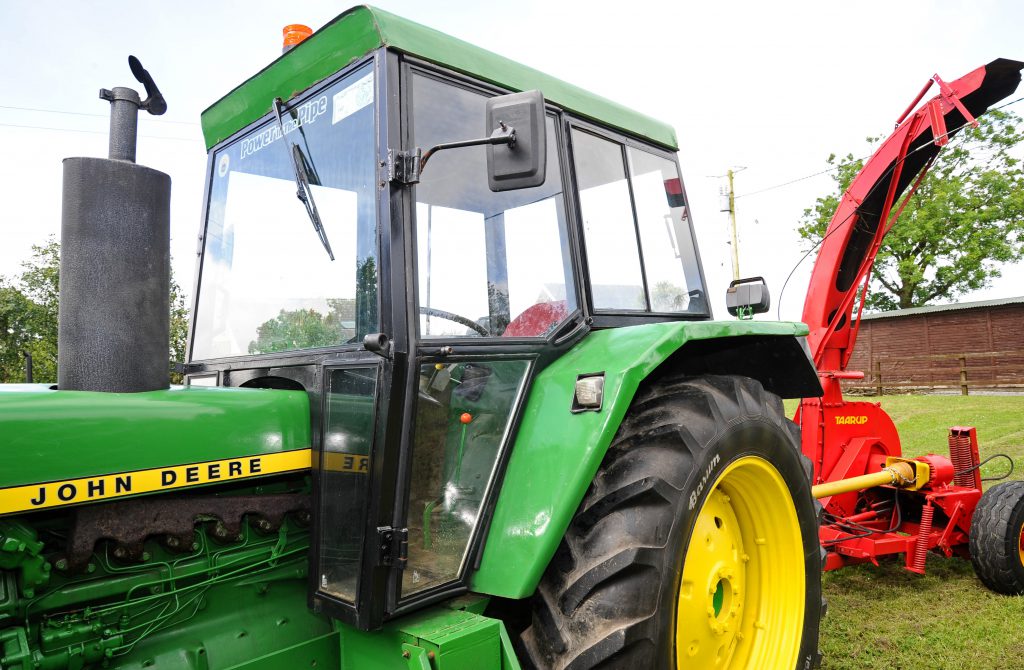 “We want to keep it as an original machine,” affirmed Ricky. “That accident is part of its history and shows the tractor as it was.” 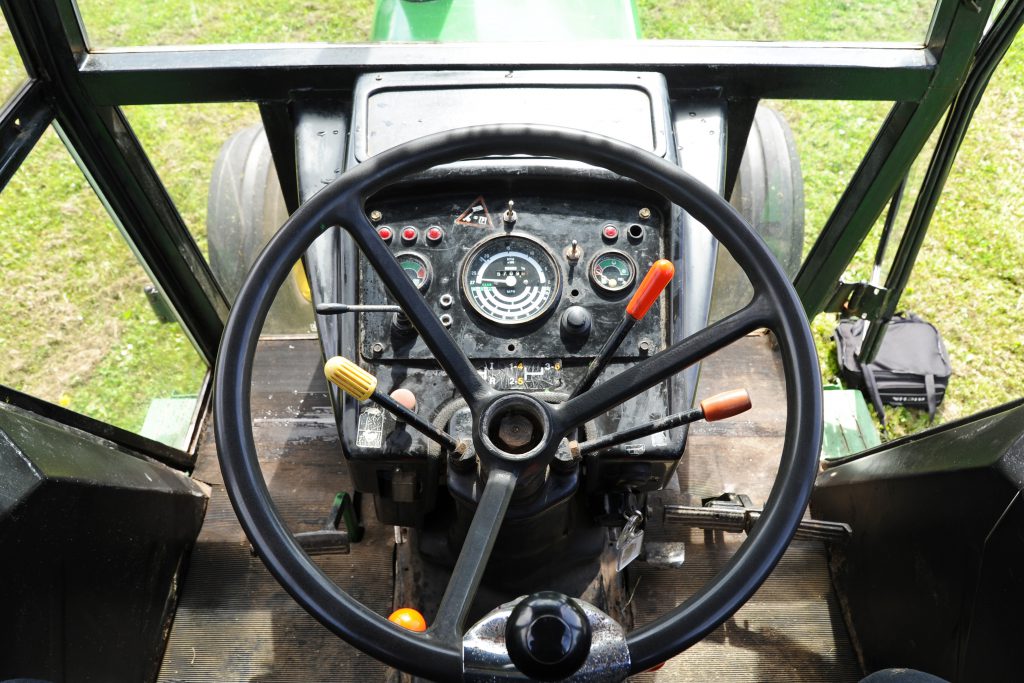 Despite the many seasons of hard work, the interior controls and trim are still quite serviceable. John Deere had a way of making things clear and simple at the time, through the use of coloured knobs and levers. 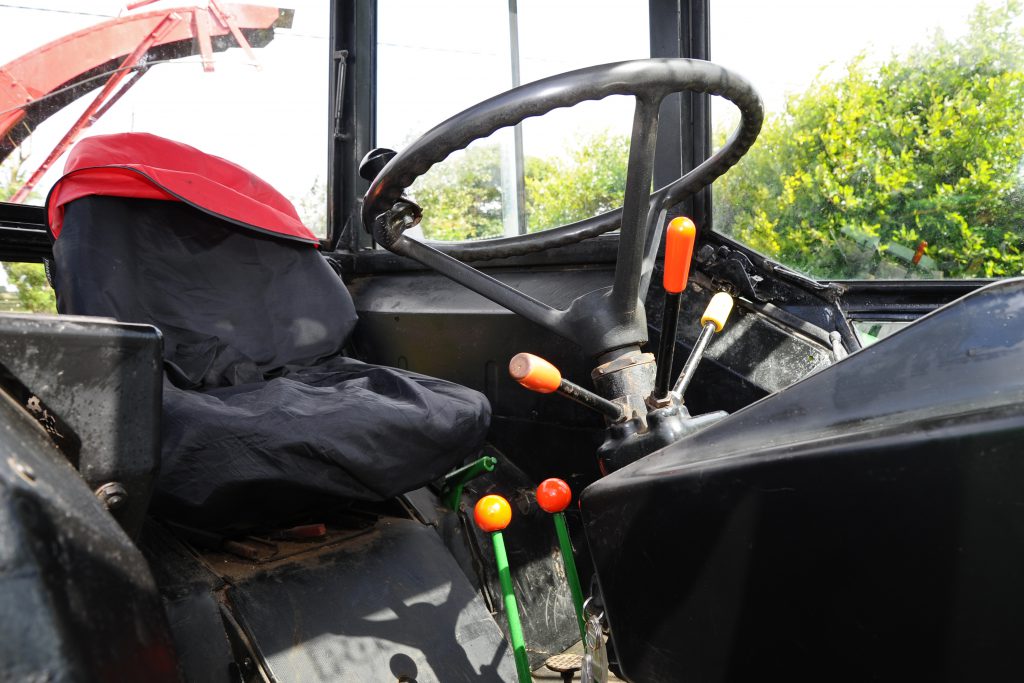 They still remain easy to follow and understand today. It’s all big, chunky and robust – an approach that has stood the test of time. Indeed, this tractor could happily slip out of retirement and take up full-time work again.

And it wouldn’t look altogether out-of-place or all that dated if it did just that. 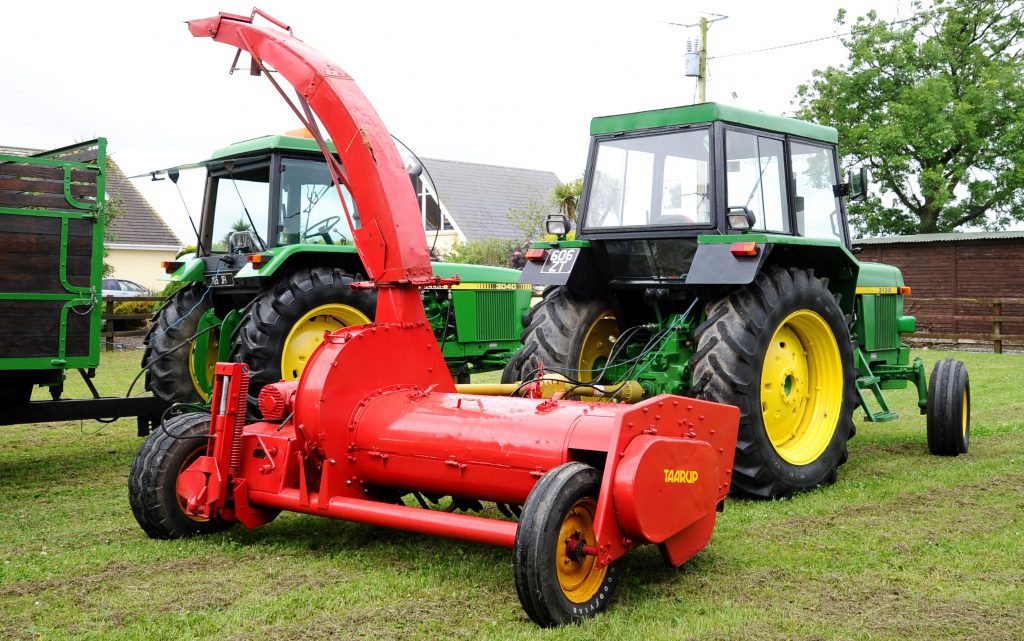 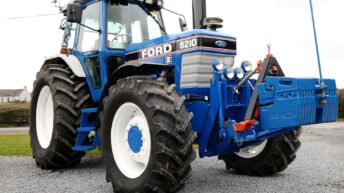