CAP reform will be a focus of the Irish Grain Growers’ Group (IGGG) in the year ahead. The group held its Annual General Meeting (AGM) last night (November 27) in Athy.

A crowd of approximately 70 attended the meeting. Chairperson of the group, Bobby Miller, said that the meeting was extremely positive.

We were very encouraged, especially by the number of young people who attended the meeting and travelled from far and wide. It was a very positive meeting.

Minister of State at the Department of Agriculture, Andrew Doyle, kicked off proceedings and spent an hour taking questions from the floor, as well as listening to what farmers had to say.

Robbie Byrne of Precision Nutrition was the next speaker and covered a wide range of topics. He encouraged farmers to experiment with different crops and systems on their own farms.

The Co. Louth man also stressed the importance of knowing how other businesses and farms work and explained that experience in other sectors is invaluable, especially for young people.

Agenda for the year ahead

“CAP reform is going to be huge and will be one of our main focuses in the coming months. There could be substantial changes coming down the tracks with CAP reform and we have to make sure that our voices are heard,” Bobby noted.

“Our sector does not want to be lumped in with other sectors when it comes to climate change. We want individual farmers assessed on their own carbon footprints. If one particular farmer is carbon positive that farmer should be rewarded.”

Bobby explained that some suggestions from the floor included having a payment from a separate environmental budget, rather than coming from a CAP budget. 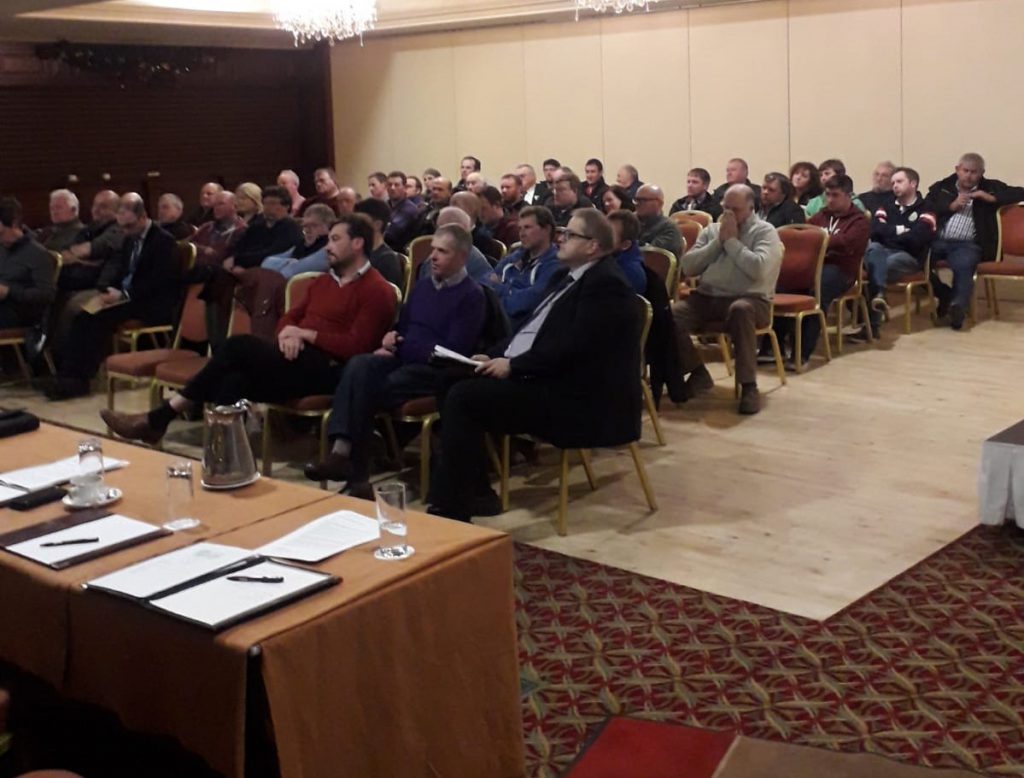 Focus for the year ahead

The group outlined a number of issues that it will be targeting in the coming year and while top of that list is CAP reform, the group will continue to lobby on other matters.

Bobby explained that the group does not want to see farmers left in limbo as chemicals come under review at EU level and are not replaced.

He also noted that growers in the group feel they are not being paid enough money for Cassia contracts and stated that they will address this.

The election of officers also took place. The 2018 officers are:

Grain growers to collect €1,000 for beet co-op at AGM in Athy