Manufacturers are always looking to come up with new ideas to help them stand out from the crowd at shows, and John Deere is no exception.

This year at EIMA the company devised a particularly eye-catching display to highlight the arrival of its revamped 3038E compact tractor and the promotion it is presently running on its range of smaller machines. 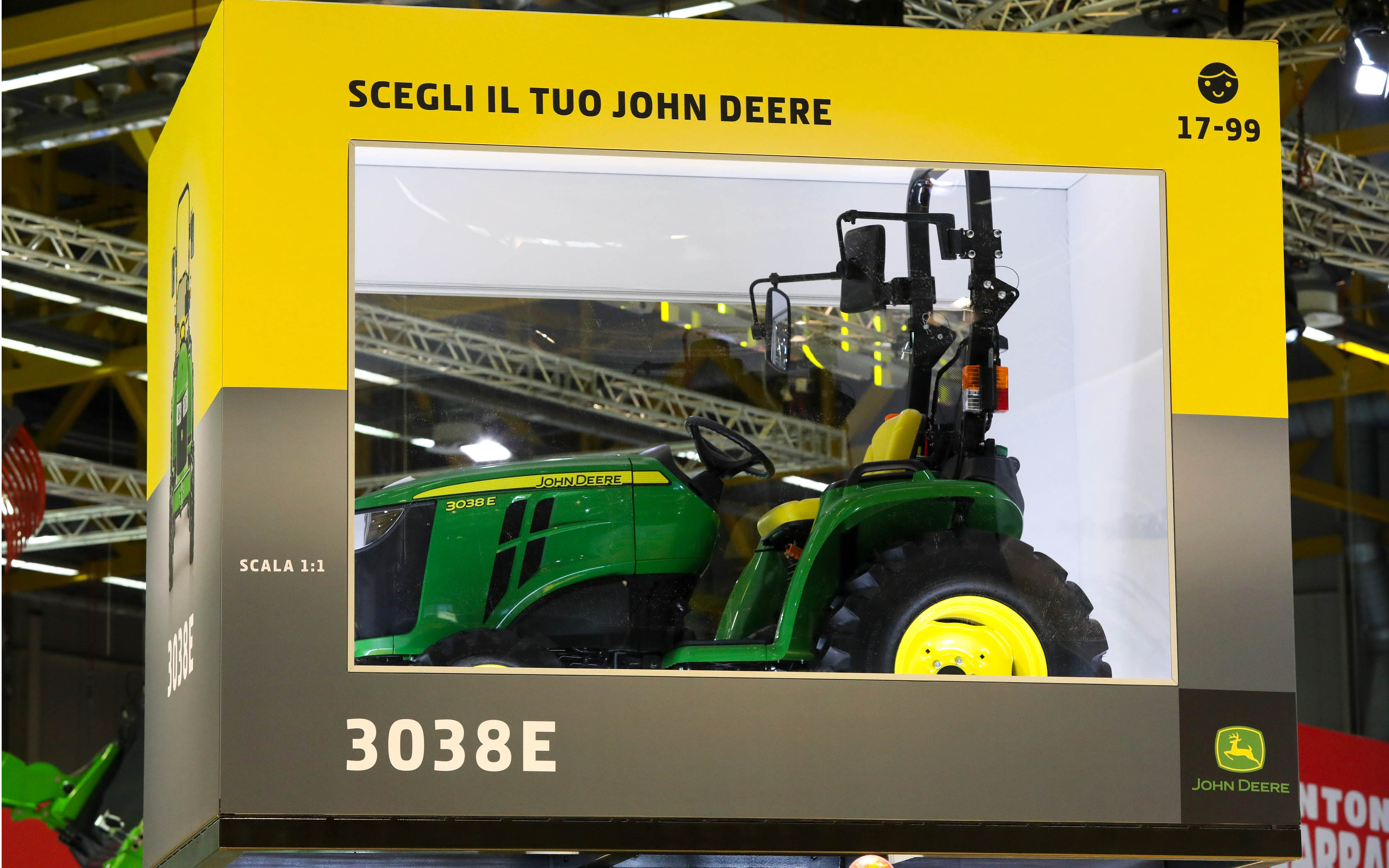 At a scale of 1:1 this particular model was boxed and ready to go, just so long as you had the asking price of €15,490 (excluding VAT) and a bag big enough to carry it home. Having a crane to get it down from the shelf would also have been handy.

The 3038E is a perennial favourite with John Deere customers. It has been in production since 2008, so rather than replace it the company has decided to improve upon a popular model (in some markets).

The engine is a Yanmar three cylinder unit rated at 37hp, which provides 30hp at the PTO. The service interval has been extended to 1,200 hours and it meets the US Tier 4 Final emission standards.

New side panels and cowling are easily removed without tools and the fuel tank has been enlarged and relocated. 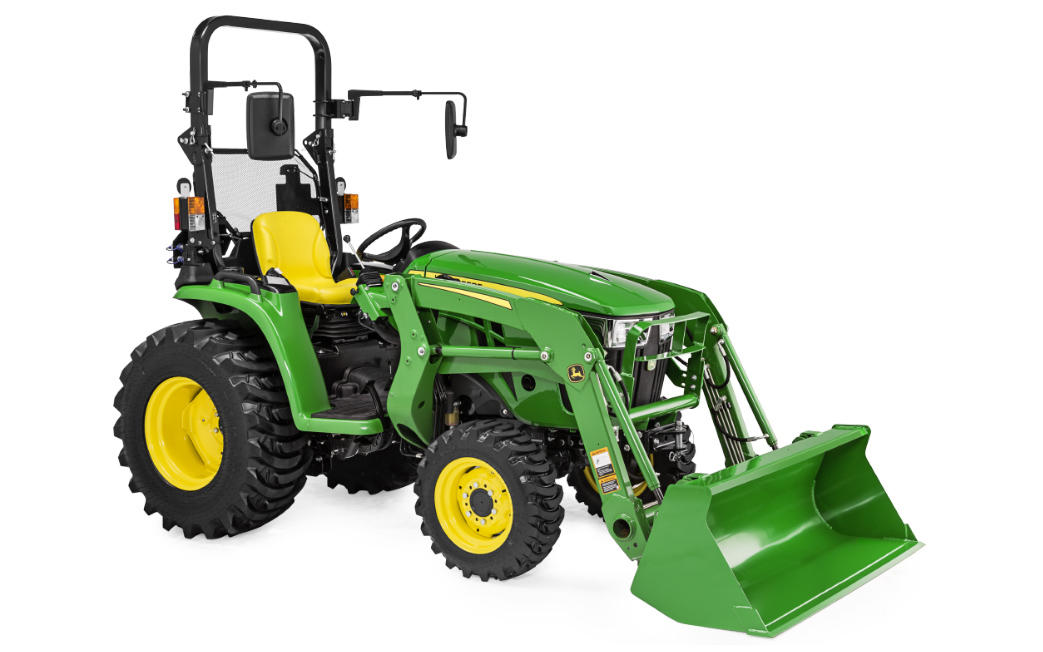 Drive is via a hydrostatic transmission with ‘twin touch’ pedals eliminating the need for a gear lever or clutch, which, along with power steering, provide the operator with simple, comfortable controls to select exactly the right speed for the job at hand, according to John Deere.

It is available only in ‘open station’ form, although cabbed models of the same power are available elsewhere in the John Deere range. A new front loader, designated the ‘300E’ has been designed to match the 3038E and features a curved boom to complement the new styling.

Drive your tractor with a tablet - manned or unmanned