Kubota swells the ranks of the middle class 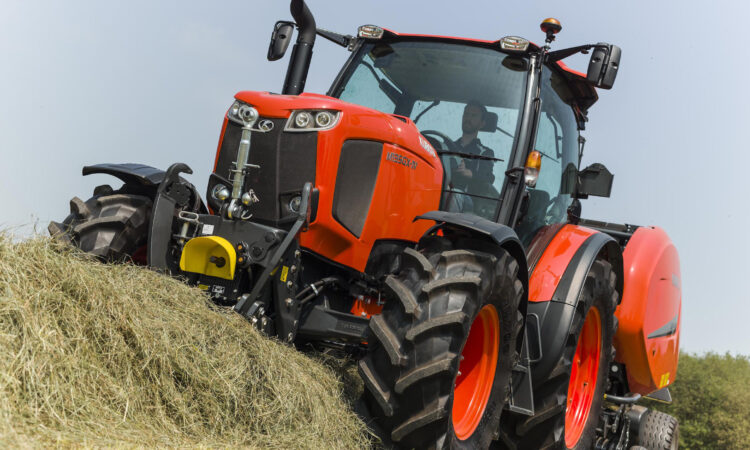 Kubota long ago put to rest the idea that the Japanese can’t make ‘proper’ tractors and its assault on the western markets continues apace.

Last June the company announced the addition of five new models in the 100 to 150hp bracket. Potential customers were finally able to lay their hands on them at the recent EIMA 2018 show (see video below), which was held in Bologna (Italy).

The latest tractors have been labelled the MGX-IV range, the smallest of which is the 104hp M95GX-IV; while the largest, the M135GX-IV, produces 145hp.

All the tractors are Stage IV Final compliant and are based around two distinct engine types.

The smaller engine is the four-cylinder V3800 unit, which has a displacement of 3.8L. The larger, found in the top three models, is the V6108 of 6.1L. This, too, has a straight four-block despite its ‘V’ designation.

Advertisement
All four models have the same transmission format of eight speeds and three ‘powershift’ ranges, providing 24 gears in either forward or reverse. 4WD can be automatically disengaged when the machine is turning to avoid damage to the ground and tyres.

Attention has also been paid to the hydraulic system which can now deliver 133L/min or 143L/min. As well, lift capacities are either 5t or 6.1t (depending upon model).

The electrical generating capacity has also been increased with the addition of a 150A alternator.

At the rear of the tractors, Kubota has fitted an improved tow hitch which can be controlled externally. The three-point linkage system also benefits from a new quick-release system which, Kubota claims, offers greater safety to the operator.

All five tractors are ISOBUS compatible with a full system being offered as an option. They are also ready for auto-steering – although this, again, is not a standard feature. 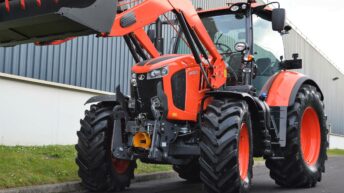 In for the long haul? Kubota wheels out more new metal