The European Commission will reimburse €444 million to European farmers, in line with the regulation published yesterday (Tuesday, November 25).

This amount was originally deducted from the 2018 budget for farmers’ income support under the common agricultural policy (CAP) to create this year’s agricultural crisis reserve.

Even though the agricultural sector faced critical situations this year, such as extreme weather during the summer, it was not necessary to use the crisis reserve in 2018, according to the commission.

Additional support measures taken to deal with the difficult market situation for certain sectors – such as for fruit and vegetables, dairy and for animal diseases – were financed from the available CAP budget.

Damages caused by adverse weather conditions during this spring and summer have been addressed by other measures available to help farmers overcome the consequences.

This includes derogations from certain conditions related to greening payments and higher advanced payments for 2019, as was put in place for Ireland.

The decision means that the amounts deducted from direct payments this year may be reimbursed to farmers by member states from Saturday (November 1) onwards.

The concept of the agricultural crisis reserve and its reimbursement mechanism was agreed in the 2013 CAP reform. It was applied for the first time in the 2014 budget year.

The deduction only applies to income support above €2,000 and does not yet apply to Croatia for the 2018 budget year.

This is due to the process of phasing in of support levels post-accession to the EU. For Croatia, having joined the union in 2013, the income support under the CAP is not yet fully phased in. 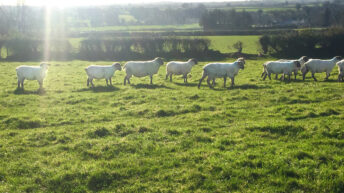