Calf trade: An ease back in prices as numbers jump in marts

As the numbers continue to rise across marts this week, calf prices are starting to see their seasonal drop back more so in recent days.

With issues in calf export sailings due to poor weather conditions, this has not aided prices – especially for the Friesian-bred calves that fall into the export category.

This week, AgriLand takes a look at recent calf sales in Carnaross, Bandon and Killmallock marts.

The prices for Friesian bull calves were not as hot as they were previous weeks, according to Carnaross Mart’s manager, Padraig McElroy.

There was a big jump over 200 additional calves in the week-on-week entries – as the mart played host to approximately 550 calves on Monday (February 22).

Speaking about the trade, Padraig stated:

The trade was back for the plain and lighter calves, but saying that, Friesian calves were still making from €20/head up to €80-100/head.

“The light Jersey cross calves were selling anywhere from €5/head up to €50/head.”

“The majority of the Hereford calves were selling from €120/head up to the €300/head mark. Angus calves were starting off at a similar price and sold up to €320/head.

There was close to 1,300 head of calves on offer in Bandon Mart on Monday (February 22). The mart’s manager Tom McCarthy reported there was ‘steady trade’ overall for calves up for auction. He stated:

“The trade held well, younger stock seems to be coming more-so onto the scene now. The two or three week old calf would be the predominant age of a calf that we had.

“The lighter Friesian bulls were selling from €25/head up to €80/head – with a lot of them selling between the €40/head to €65/head bracket. There was plenty of farmer and northern Ireland customers for these type of calves.

The calf exporter’s hands are a bit tied at the minute with the hold up in sailings.

“There was a great demand for the strong, well-fed Friesian calf over six-weeks-old. We had these calves selling from €90/head up to €225/head. These would have been good calves out of British Friesian cows.

“Continental calves were a flying trade again, they sold from €350/head up to €500/head for bulls, with heifers being about €20/head back on those prices,” Tom concluded. 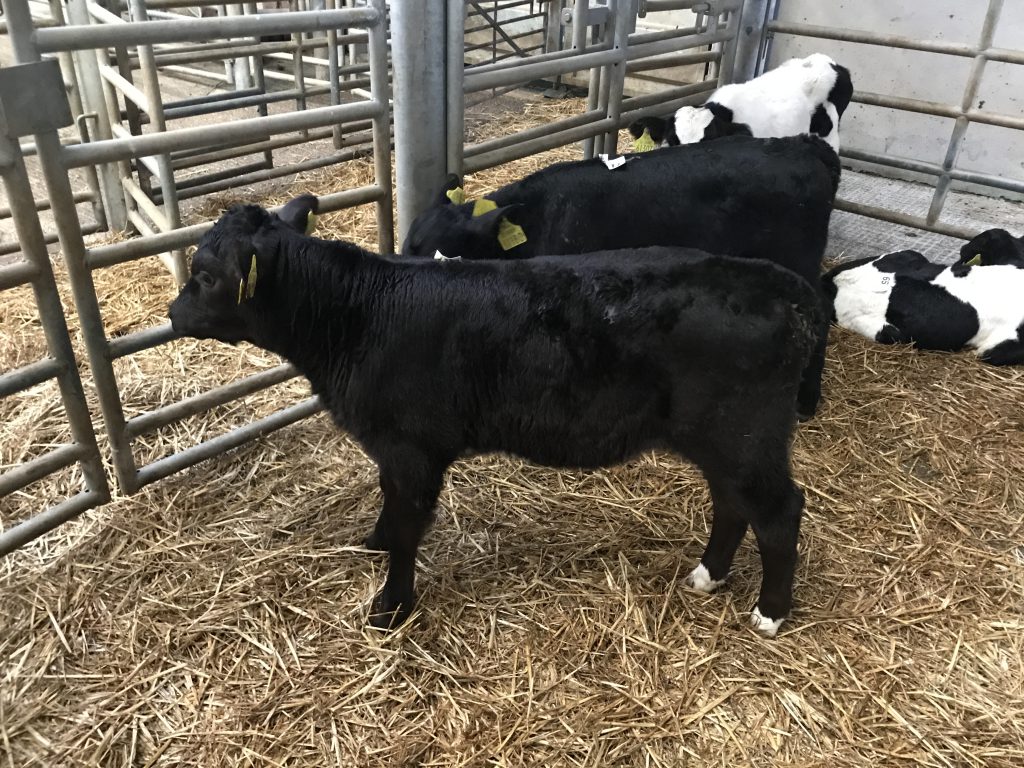 There was a notable decrease of exporter activity in Killmallock Mart at Monday’s sale (February 22). However, farmer demand kept a floor under the trade according to the mart’s manager PJ Buckley.

There were over 625 calves on offer in the Limerick-based mart this week.

“Friesian bull calves sold from €20/head, for the lighter type of calf, up to €180/head for the calf with that bit more strength and quality.

“The continental calves were a good trade overall, the generally prices paid were between the €200-400/head bracket.”