In this buildings focus, AgriLand travelled to Belmullet, Co. Mayo, where Kenny O’Donnell runs a flock of pedigree and commercial sheep.

Some 200 head of sheep reside on the farm, which is described as being of mixed quality.

Kenny has been farming for over 20 years and, in 2018, he took the decision to build a housing unit for his flock of 70 pedigree Lleyn ewes.

Furthermore, he works full-time in Ballina, Co. Mayo, which is just over an hour away from the home farm.

“I said to myself if I don’t build it now, I never will and the way my work schedule is it just made sense to build the unit just to make life easier.

Before, I would be driving down the field with a bale and moving the ewes into a field that would have more shelter.

“We get a lot of rain around this region and because the land is up high, it is very open and can be quite cold. Therefore, it made sense to build a shed and have peace of mind that the ewes were sound and safe in it,” Kenny explained.

The farm operates a mid-season lambing flock, with the majority of ewes lambed down by the first week in April.

To reduce the risk of disease and to breed the best-quality replacements possible, a closed flock is employed – with only pedigree rams purchased at sales in Roscommon and Ballymena. 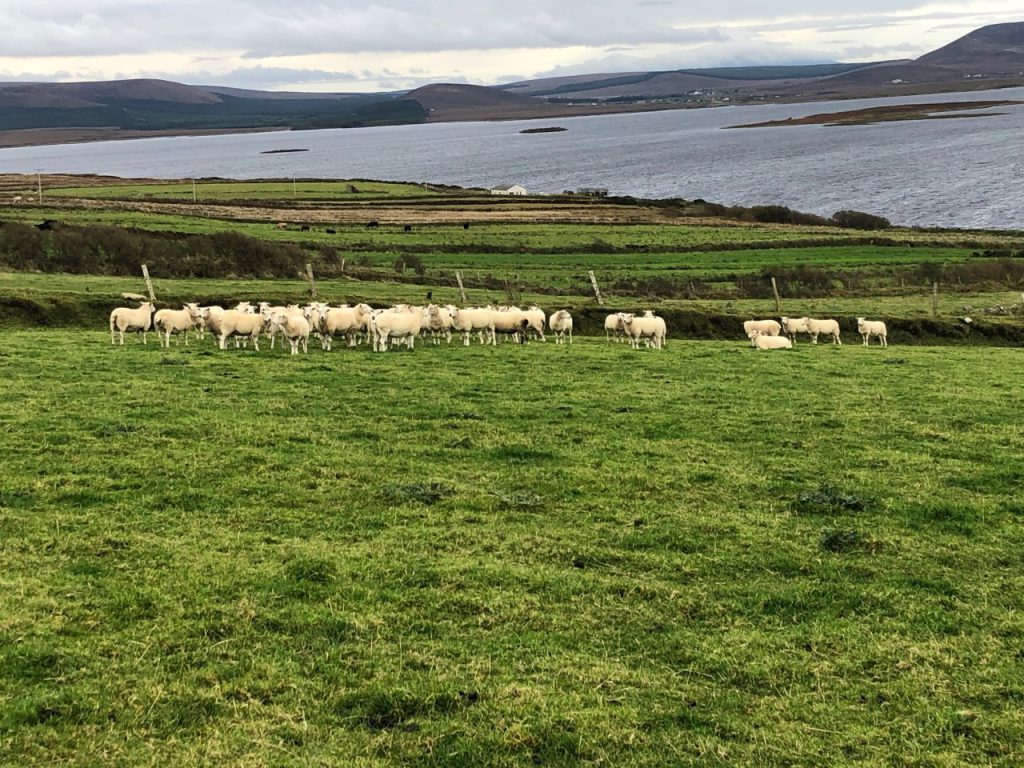 After deciding on a greenfield site, the next task was to begin the build.

“I knew the type of shed I wanted, so I drew out a rough sketch of it and I gave it to the guys at Halcon Steel, in Tuam, Co. Galway, and they came back to me with a design that I was happy to go ahead with.”

The build began in August 2018 and was completed by December, just when Kenny was ready to house his ewes for the winter period.

The steelwork was provided by Halcon Steel and all the handling equipment was supplied by Carn Agri Products. 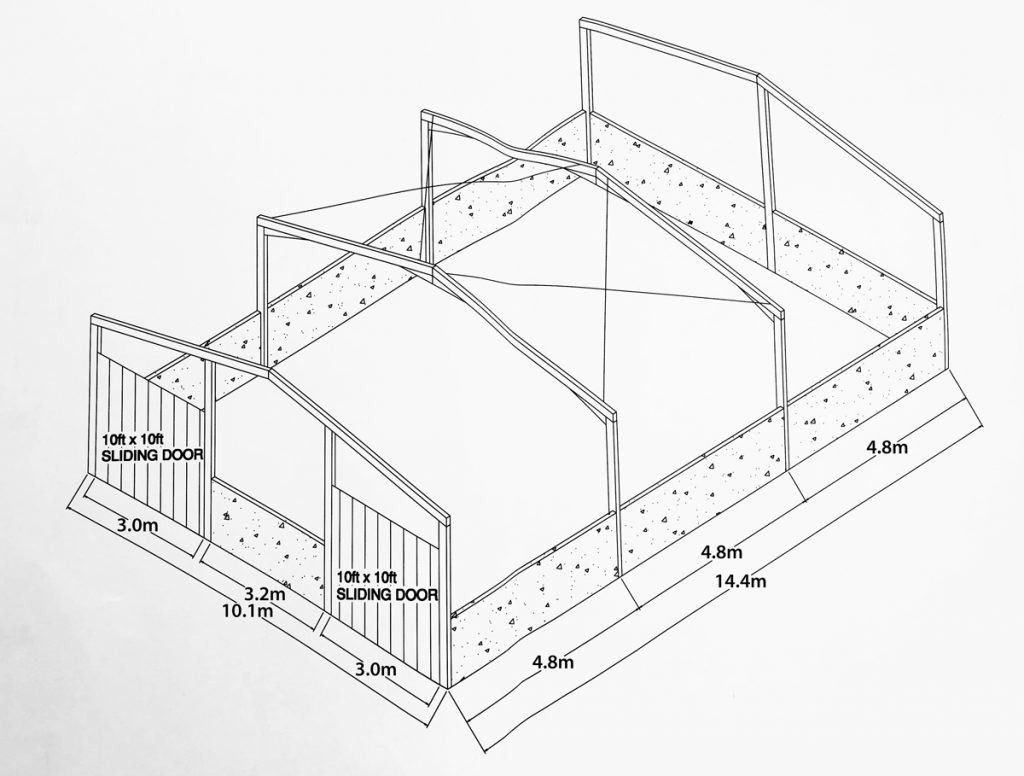 The design is simple, but effective. It includes: a three-bay slatted unit with a high-pitched roof; two feeding passageways either side of the slatted tank; and interchangeable gates that allow for ease of movement between pens. 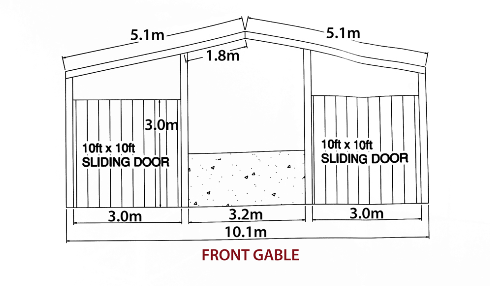 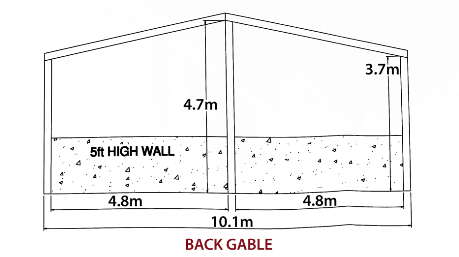 The slatted unit was built mainly for the purpose of feeding the animals; however, there is also the option of feeding the ewes from one side of the shed and setting up 4m X 4m pens when the ewes are approaching lambing on the opposite side.

The three pens have two small access gates each that allow Kenny to take a ewe out from the pen if she is sick or about to lamb.

There are gates in between the pens which allow the sheep to be divided into the three groups.

However, there is also the option to take these gates down and let the ewes have access across the three pens.

“I usually group the ewes according to their weight when they are first housed. For instance, any thin ewes I would group them together and offer them extra feed.

“Coming up to lambing, I would group the ewes with regard to how many lambs they are carrying. For example, the single, twin and triple-bearing ewes would be housed together.” 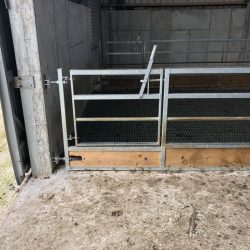 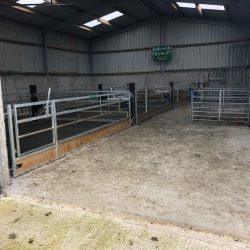 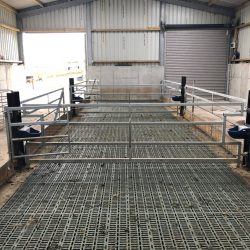 A key part of the design was the installation of plastic slats that are quite uncommon on sheep farms across the country.

The plastic slats offer a number of advantages such as: the animals are cleaner compared to being housed on straw; they are warm and comfortable to lie on; and I have fewer cases of lameness compared to the straw-bedded shed.

The area between the feeding gate and the slats measures approximately 0.5m of concrete. The ewes’ front feet stand here while they are feeding. Kenny shakes lime on the concrete and it helps prevent the ewes from picking up any infection in their feet.

“If I was to shake it on the slats it would just go down the tank, so that was the reason for leaving that bit of concrete inside the pen. But, the plastic slats are a good job and the ewes seem quite happy with them.

“They were expensive to install; however, I saw the benefits they offer and I am glad I went ahead and got them. They are supposed to last for 25 years, so if I can get that long out of them it will be a worthwhile investment,” he explained. 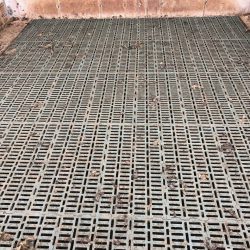 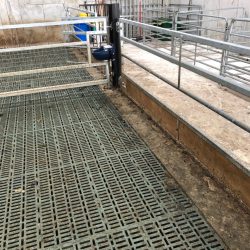 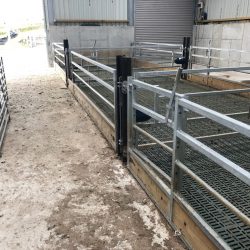 Up until last year, Kenny out-wintered his ewes; however, if the weather was bad he would house them in his converted hayshed.

“The shed can hold up to 40 ewes so, basically, the ewes I felt would struggle the most in the harsh conditions would be housed first.”

The shed is also used to lamb down the ewes in spring and it gives Kenny the possibility of expanding his flock in the future. 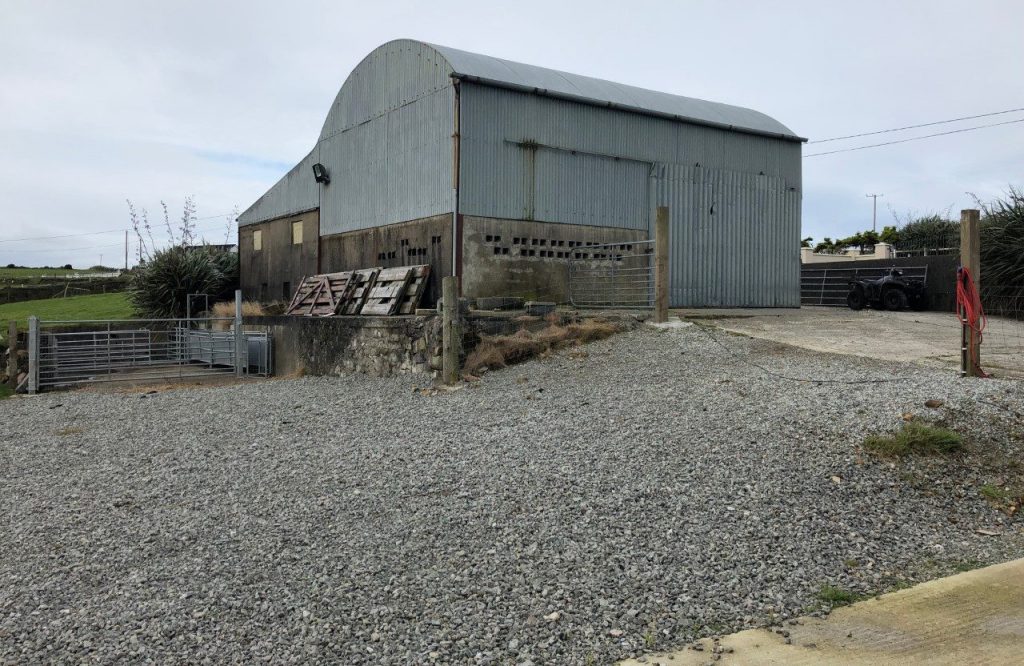 He also plans to install a handling unit that will be built beside the existing slatted shed.

“It is hard to get builders out this direction and that is the main reason for not having the yard built by now. I have a guy coming next spring, so hopefully I will have it finished by then.”

The shed was built without the aid of the Targeted Agricultural Modernisation Scheme (TAMS).

Commenting on the build, Kenny said: “I am happy with how it turned out. It is exactly what I needed and I am just glad I did it because it has made managing the ewes much easier during the winter.

“When I was out-wintering the ewes, they were not in as good of condition come lambing and they required more concentrates.

“However, this year, since I have housed the ewes in the shed, ewes are in far better condition and this was reflected in the lambs they produced last spring. 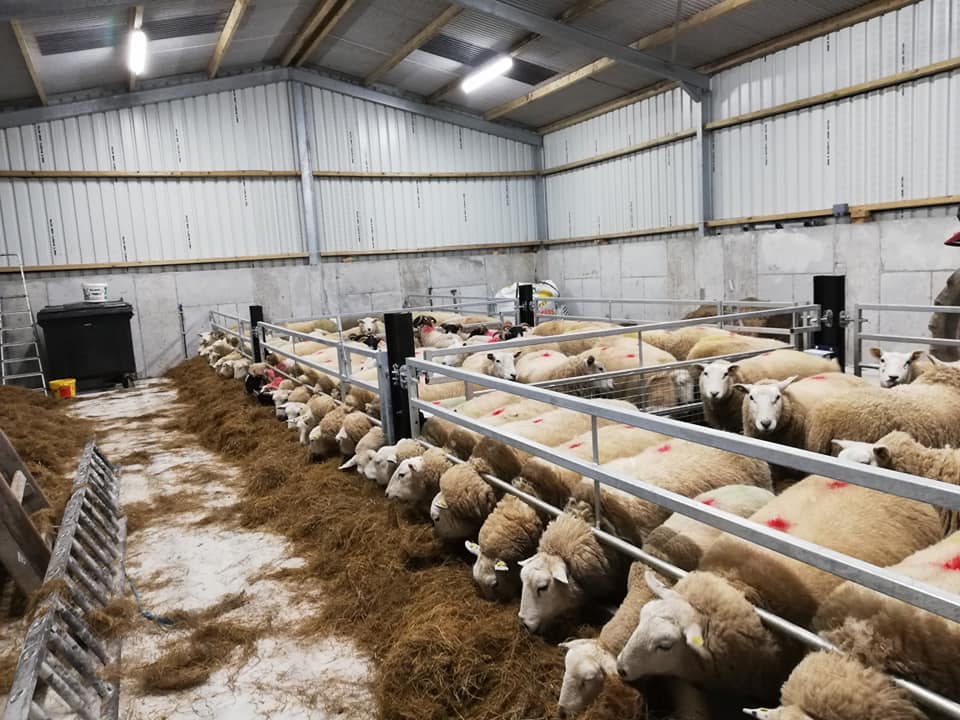 “I didn’t apply for the grant because when I did out the calculations, it was working out cheaper to build without it.

“However, the unit is very close to the spec of a TAMS shed and I easily saved myself €12,000 on the build,” Kenny concluded.

Buildings focus: Housing for 130 head of cattle in a 12-bay slatted unit