Buildings focus: Housing for 130 head of cattle in a 12-bay slatted unit

In this buildings focus, AgriLand travelled to Slievrue, Co. Kilkenny, where John and David Dowling operate a suckler-to-store enterprise.

The father and son duo are one of the last beef farmers remaining in the area, as the majority of their neighbours have decided to go dairy farming.

However, this did not stop David from coming home and going into partnership with his father. He believes there is a future for beef farmers and more importantly for good-quality continental cattle.

At 3LU/ha, the farm was under pressure and, with his son working full-time on the farm, John felt the need to expand on the present facilities.

Calves from these cows are reared from birth to two-years-old, where they are sold in the local mart as store cattle.

The farm operates a spring-calving system, with all the cows being served by two Limousin stock bulls; while the heifers are artificially inseminated (AI’d).

Furthermore, with this new shed, John and David have the capacity to increase stock numbers. However, this might not be the case for the time being.

Speaking to AgriLand, John said: “It is a pity the way the suckler industry has turned out this year. When we built this shed last year, we would never have thought that the market would be this bad. 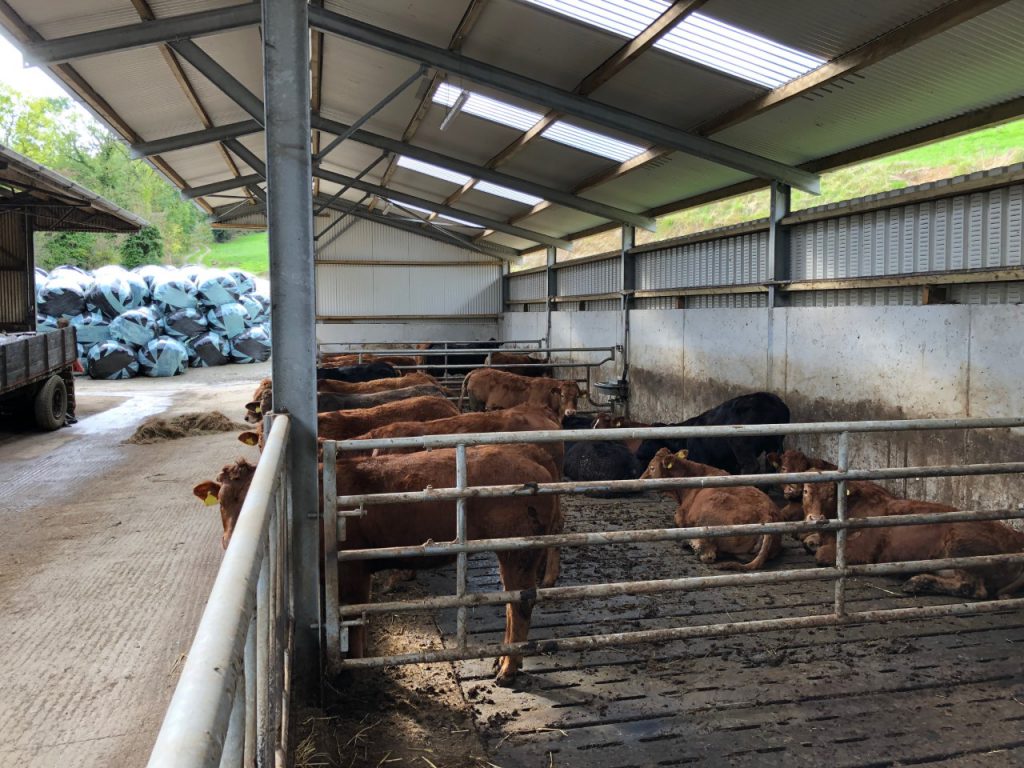 Recently weaned calves that are housed in the new unit

“The factory prices are hurting us because the farmers that would buy store cattle that we produce just don’t want them.

“I can safely say we are down at least €150/head compared to two years ago, and this is just not sustainable.”

After deciding on a greenfield site, the next task was to begin the build. David designed the build himself, having studied graphic design in college.

The build began last June, 2018, and was completed by the end of November.

The steelwork was provided by Gleeson Steel and Engineering.

The design is simple but effective, and includes: a six-bay slatted unit with plenty of ventilation; and interchangeable gates that allow for ease of movement between pens. 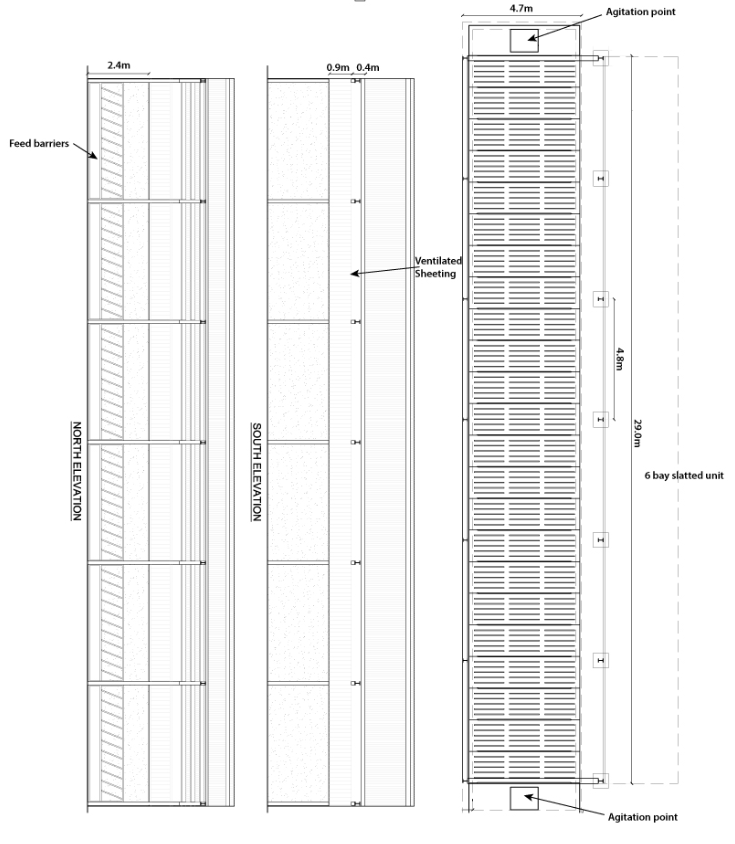 The father and son duo plan to expand the herd in the future and, conveniently, there is plenty of room in the build to allow for this increase. 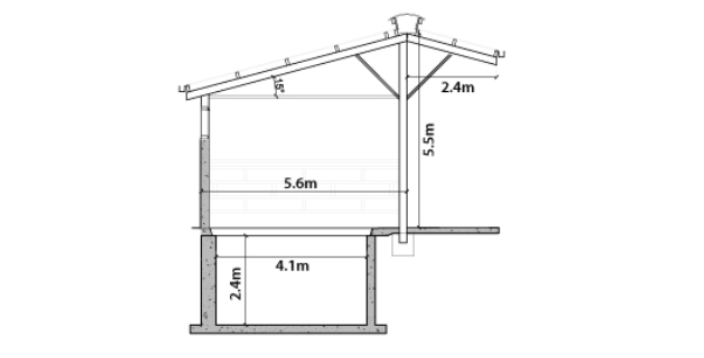 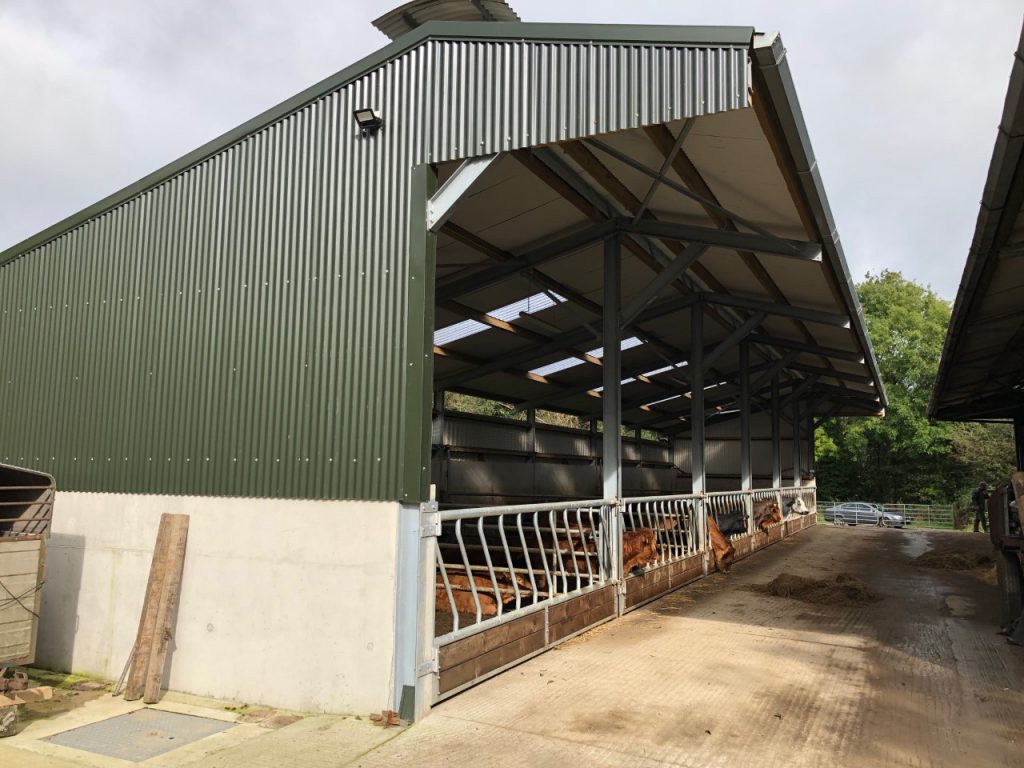 Directly opposite the new build stands the original six-bay slatted unit that John installed over 10 years ago.

The purpose of these two sheds is to house young livestock. Currently, there are weaned calves in the unit.

“The plan is to house them for up to a week or 10 days and then let them out to pasture again – weather dependent.”

Currently, the weanlings are lying on rubber mats that were installed in the shed.

“Not only are they a good job for animal comfort but also we have no issues with lameness.” 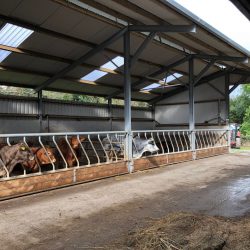 High-pitched roof allows for good airflow throughout the shed 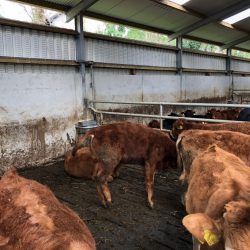 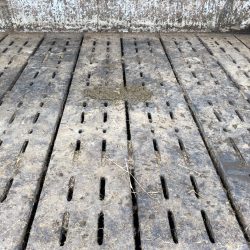 Rubber mats on the slatted floor

One would have thought that joining the two sheds together would have been the logical decision. However, they decided against it because they felt when both sheds were at full capacity that it would be “very stuffy”.

“Animal welfare is extremely important and, when we were deciding what sort of unit we wanted, we were both in full agreement that the two sheds should be separate from one another.

“We were worried that if we built onto the existing shed and put sliding doors at either end of it, that the shed would become extremely warm and the airflow would be bad. 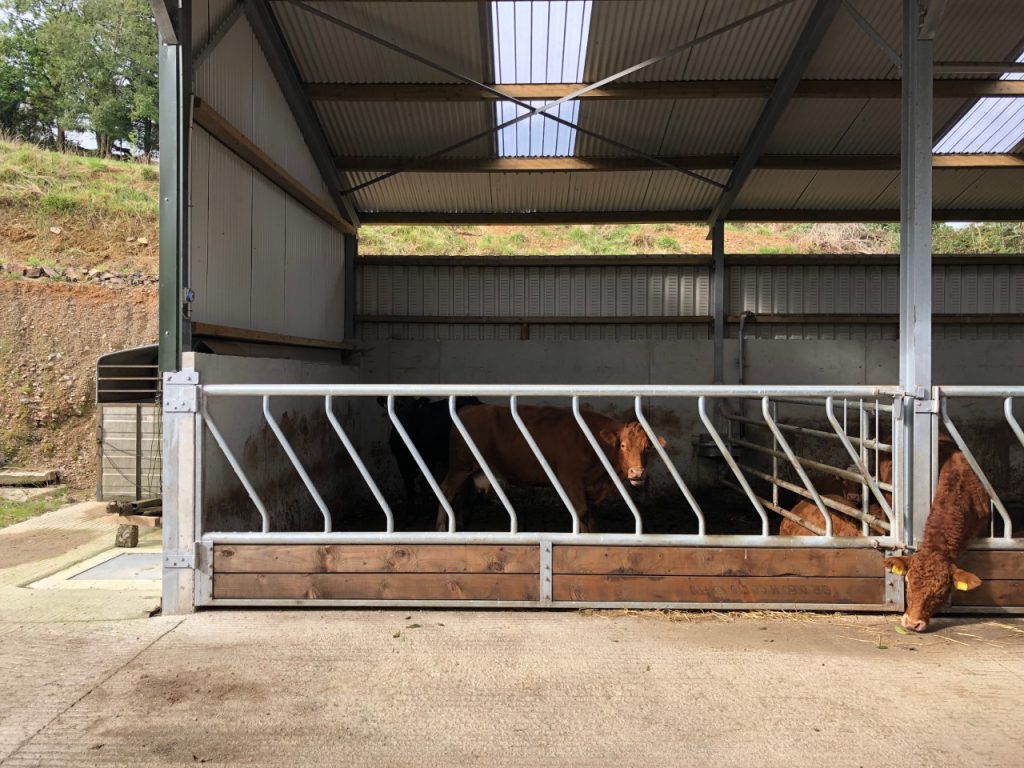 “This, in turn, could lead to cattle contracting pneumonia or other respiratory diseases.”

When asked does it get cold during the winter in the sheds, John replied by saying “no; it is actually still quite warm because of the heat emitted from the cattle between the two sheds”.

“The cattle seem to be quite comfortable and happy. That is evident because they seem to be thriving well during the housing period.”

The two-slatted units are located on John’s out-farm. The original six-bay slatted unit was built 10-years-ago.

The two sheds combined have a capacity to hold 130 head of cattle. In the old unit, there are heifers housed that John hopes to breed to replace some of his older cows.

While the original unit is similar to the new build, the design is simple. The only difference is the airflow throughout the shed is not quite as good as the new slatted shed.

He plans to further increase the airflow throughout the shed by removing 0.5m of galvanised sheeting at the back of the slatted unit.

Furthermore, the shed has a door at the back that leads into a collecting area and crush. 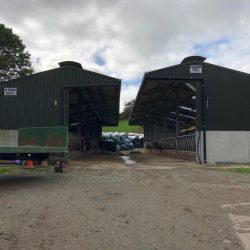 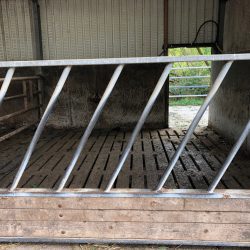 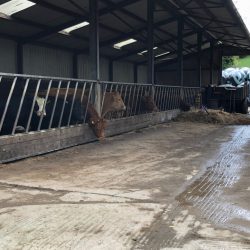 Continental heifers that were recently housed

The cost of installing the entire unit was €70,000, including VAT.

Commenting on the build and the current state of the beef industry, John said: “We are happy with how it turned out. In order to move forward, you need proper facilities and that is what we have tried to do here.

“There is a huge amount of uncertainty around the beef industry at the moment; you could say it is at a crossroads. 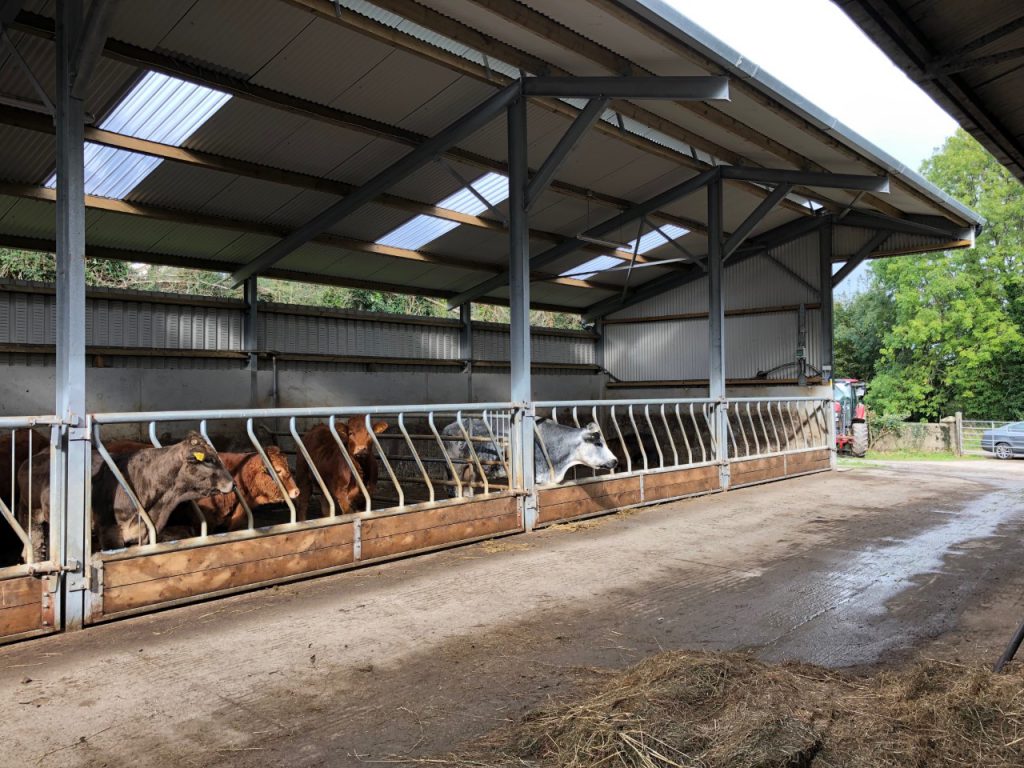 “This year, we have taken a big hit financially on our cattle. However, farmers are resilient and they will always try to keep going no matter how bad the market is,” John concluded.

Buildings focus: Leaving no stone unturned in this beef-finishing unit in Co. Waterford