Beef focus: Getting to the heart of Ireland’s progeny testing programme

As part of the Gene Ireland Beef Programme, the Irish Cattle Breeding Federation (ICBF) recently made the decision to move away from the testing of pedigree animals to instead focus on commercials.

The testing programme now involves exposing bulls, heifers and steers to uniform housing and feeding conditions, with the idea of further establishing the genetic potential of particular commercially-available AI sires.

AgriLand recently caught up with Ciaran Costello, ICBF beef breeding analyst, to find out what traits are examined at the test centre in Tully, Co. Kildare, and to hear how animals have performed at slaughter.

As it stands, Ciaran explained, there are over 200 cattle being progeny tested in Tully and these animals are subject to a number of different measures, including: growth potential through weight gain; visual muscle and skeletal measures; docility; functionality; ultrasound fat and muscle scanning; and finally feed intake.

This information is combined at the end of the test with previous performance-tested animals, but also with commercially-recorded data, to feed into the €uro-star index for a particular bull.

On this, Ciaran said: “The information we measure is combined with commercially-recorded data, including: calving and gestation information; weaning weight and calf value from the livestock marts; linear type classification from pedigree beef herds; carcass weight, weight and fat from the factories; as well as pedigree ancestry information, to add to an individual bull’s proof.

“Progeny testing allows for increased accuracy in genetic evaluations and our aim is to collect information on commercial progeny from AI sires.”

The cattle in the facility are sourced from farmers and, after arriving in Kildare, they all undergo a 30-day acclimatisation period.

During this period, the animals adjust to their new environment and it allows us to carry out the health programme.

“The health programme consists of vaccinating for IBR, BVD, RSV, PI3, blackleg and other clostridial diseases and treating cattle for internal and external parasites,” he explained. 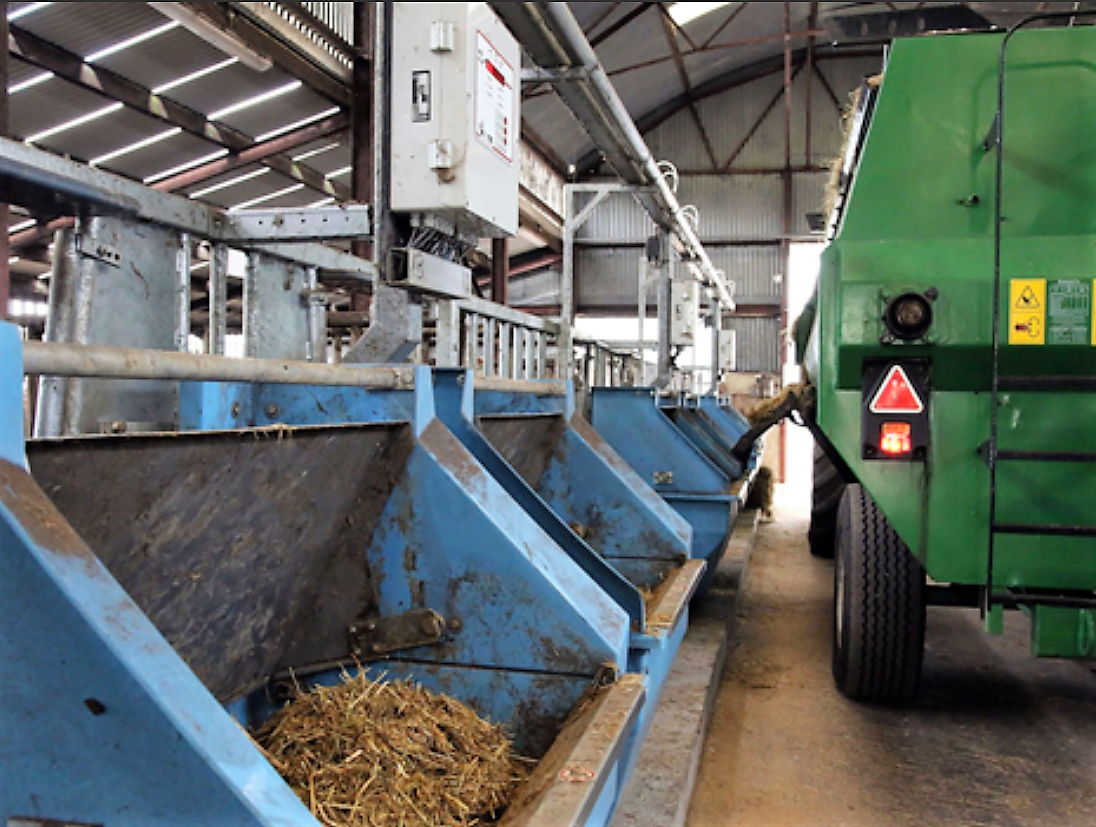 However, before the animals arrive at Tully, they have to be sourced. On this, Ciaran said: “We use the ICBF database to identify cattle and we select progeny from Gene Ireland AI sires.

“The selection process includes age and gender specifications. Following this, an ICBF weighing technician will visit the farm and weigh the animals that will be purchased.”

One of the production systems operated at Tully is under-16-month bull beef. As it stands, 57 of these animals – sired by 20 different bulls – are located on the Kildare-based unit. 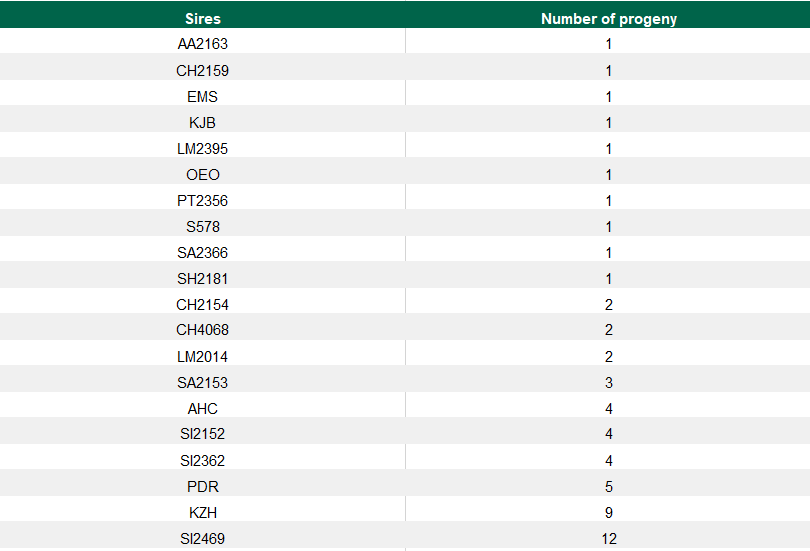 A 90-day finishing period is targeted; once accustomed to the diet and the surrounds, the bulls are moved up to an ad-lib concentrate diet, with hay as the roughage source.

Touching on the performance on the most-recent batch of bulls sent for slaughter, Ciaran said: “We recently slaughtered 49 bulls at Slaney Foods.

“The bulls were sired by 25 different AI sires, across 10 different breeds. The group consisted of September, October and November-2016-born bulls. 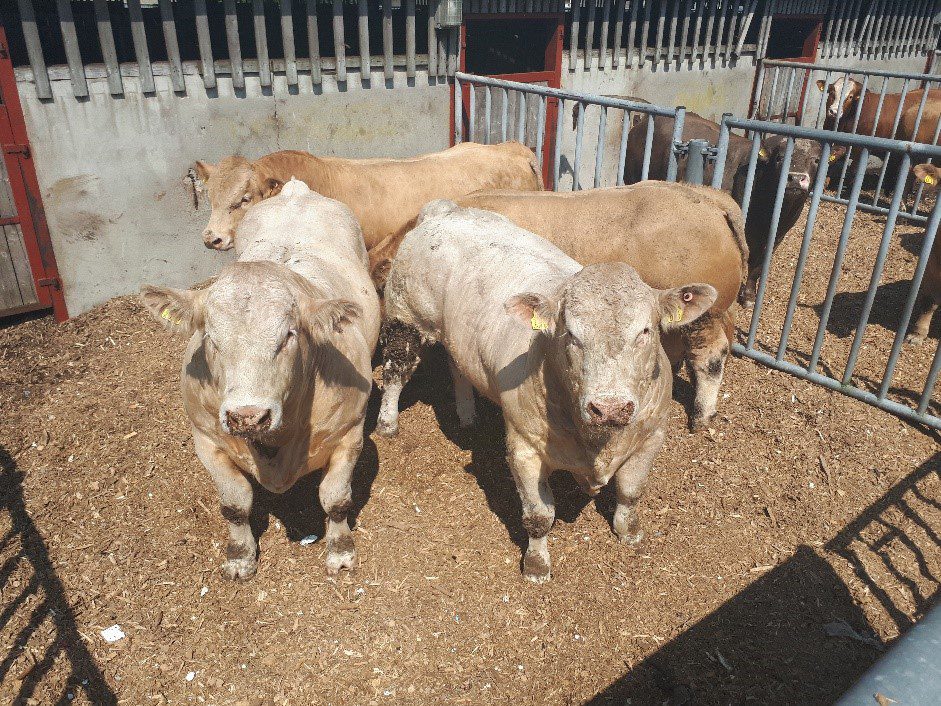 “An average kill-out of 59% was achieved, with a range from 51% to 64%. Overall, the animals graded extremely well with 12 of the bulls grading E, 33 of the bulls being of U-grade and four grading in the R-grade class.

92% of the 49 bulls met the carcass fat specifications of 2+ or higher; this was a great achievement for young bulls. 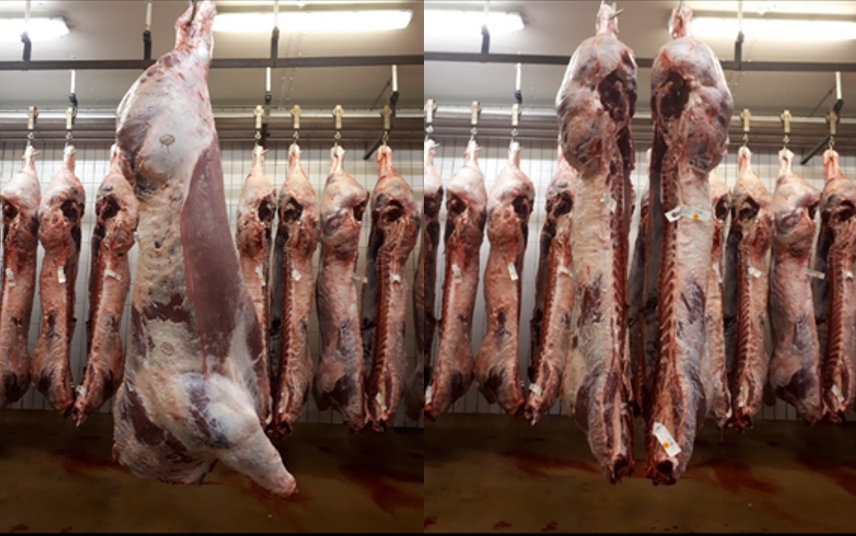 Although Tully has been solely associated with bull production for years, June 2017 marked a change with the introduction of a heifer progeny trial.

Now in its second year, the test farm is home to 21 suckler-bred heifers – sired by 12 different bulls – and 50 dairy-beef heifers, the progeny of 16 bulls. 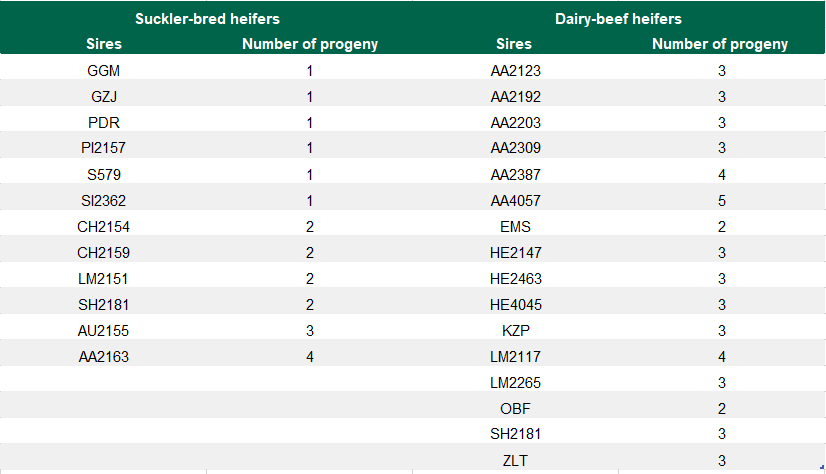 Touching on the performance of 18 heifers – the progeny of 10 different AI sires of six different breeds – recently slaughtered as part of the programme, Ciaran said: “Born in September 2016, the heifers weighed 465kg on average at the beginning of the trial, with a range from 380kg to 544kg.

Upon slaughter, the average carcass weight produced stood at 292kg; the average daily gain for each heifer over the 60-day performance test period was 1.31kg/day – ranging from 1.02kg/day up to 1.83kg/day.

“Overall, the heifers gained 0.7kg/day of carcass weight for each day they were on test in Tully. The average kill-out percentage for the group was 53.5% and this ranged from 48.8% to 56.8%.” 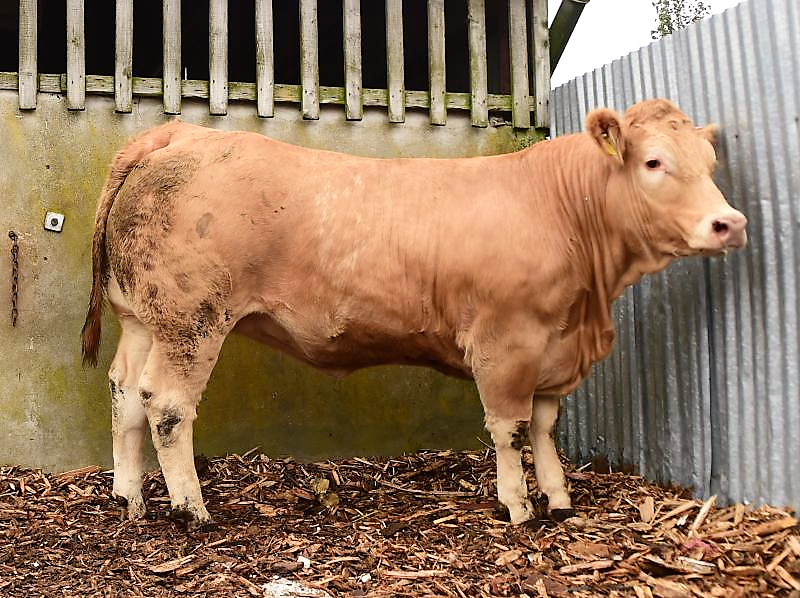 Of the heifers slaughtered, he said, five graded U, 12 graded R and one fell within the O-grade classification. In addition, all of the heifers met the carcass fat specifications of 2+ or higher.

The study also looked at the average DMI for the group and this stood at 10.98kg/day – ranging from 7.66kg/day to 14.37kg/day. The heifers were fed hay and concentrates over the 60-day finishing period. 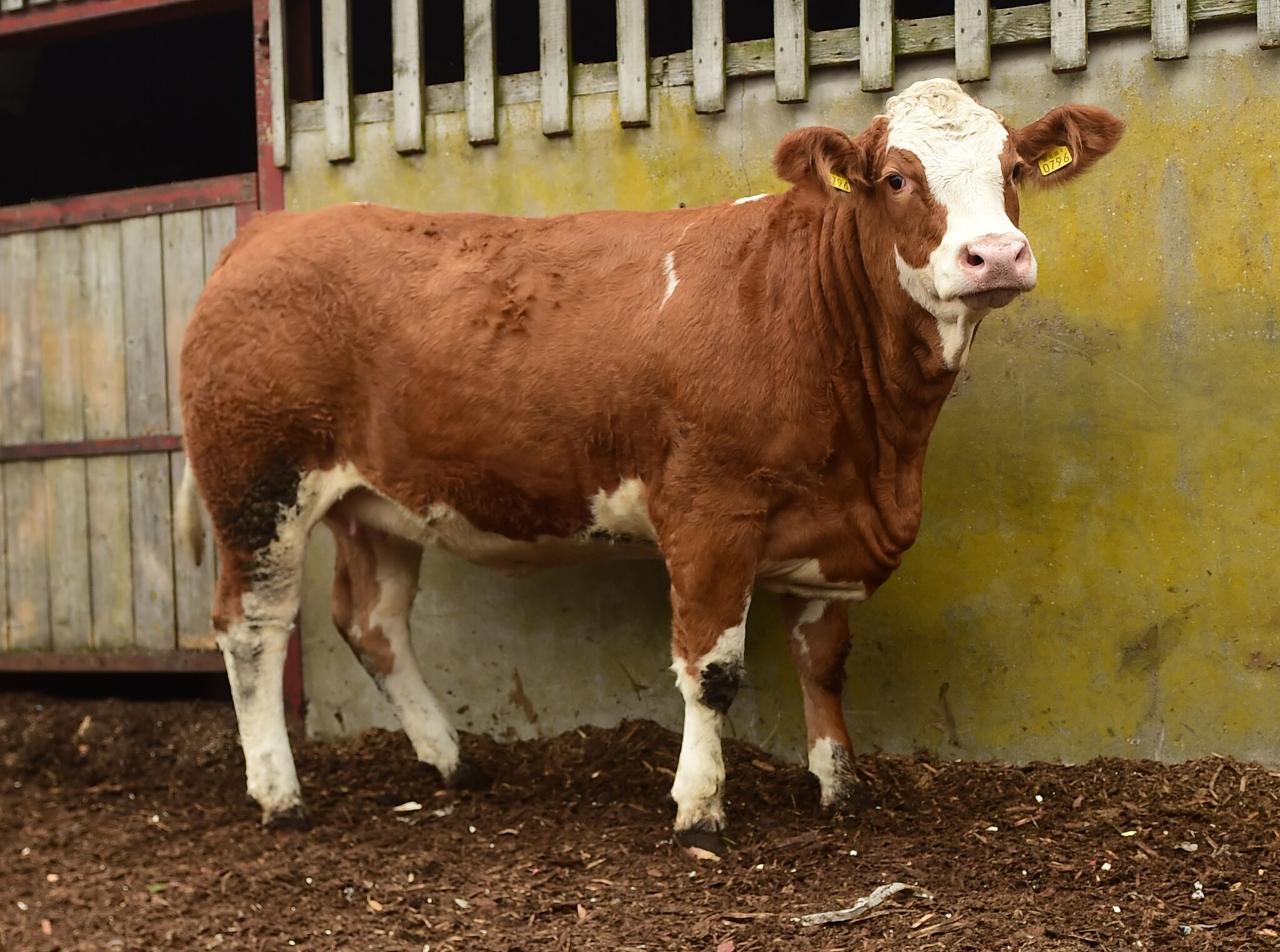 In addition, Tully also runs a steer progeny testing programme. As it stands, 81 suckler-bred steers are currently on trial at the research facility and are being offered diets consisting of 8-10kg/day of concentrates and 5kg of hay. A finishing period of 90 days is targeted. 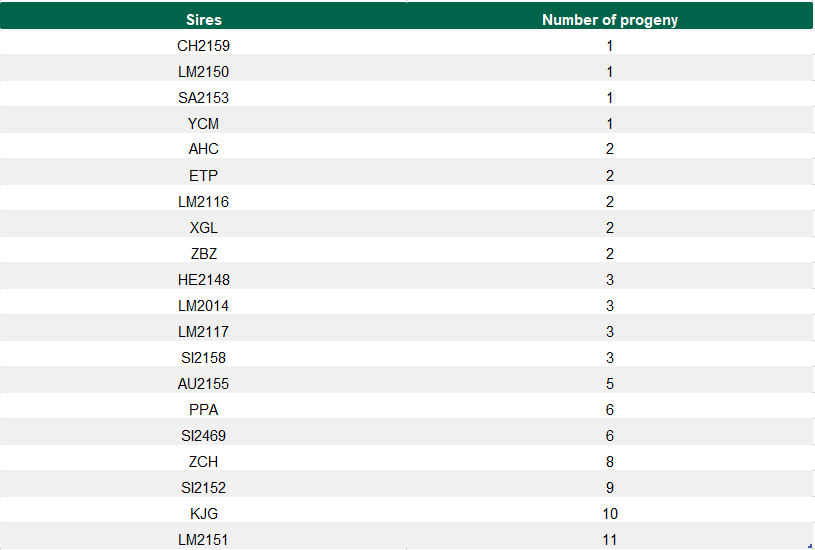 The most recent batch of steers were slaughtered on May 8. In total, 25 steers were processed in Slaney Foods. Commenting on the performance of these animals, Ciaran said: “At an average age of 18 months and a finishing period of 92 days, the steers produced carcasses with an average weight of 342.72kg. 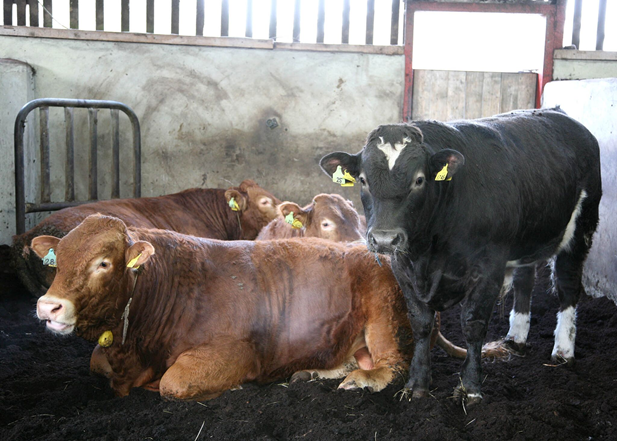 “Over the finishing period, the steers had an average DMI of 12.1kg/day, an average daily gain of 1.3kg and a feed efficiency conversion of 9.1:1,” he said.

Commenting on the carcass grades achieved, he said: “19 of the steers graded R at slaughter, while the remaining six graded U.”

These bulls have been primarily selected on their replacement index and a minimum reserve price of €2,500 has been placed on each bull.

On the bulls available, Ciaran said: “These bulls will allow farmers to breed replacements with high milk and fertility indexes. If farmers want to breed more milk and better fertility into their herd, these bulls are designed to do this.”

Beef focus: 'No matter how good a cow is, she's a bad cow if she fails to go in calf'