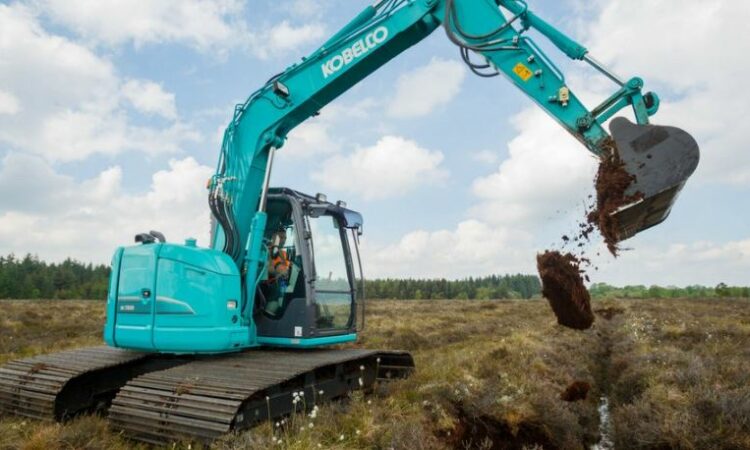 A total of 70% of Bord na Mona’s (BNM’s) profits are projected to be “non-peat based” in just three years’ time, according to the semi-state energy company’s latest financial results.

Major progress has been recorded on the company’s decarbonisation agenda, with the carbon intensity of electricity generated consistently falling over the last decade.

Commenting on the results, BNM chairman Geoff Meagher said the results point to the “fundamental change” underway in BNM as it prepares for the looming 2019 end of the Public Service Obligation (PSO) – relating to peat for power generation.

The company is also on track to exit from peat extraction for energy production by 2030.

“As we make this transition we are acutely conscious that BNM contributes significantly to regional economic development and provides sustainable, quality employment in the midlands.

The transition is extremely important as it will involve BNM further developing Ireland’s renewable energy infrastructure – whilst remaining a profitable company.

“It will also involve our traditional businesses underpinning the development of our renewable power generation and resource recovery businesses,” he said.

Also speaking at the launch of the annual report, Tom Donnellan – BNM chief executive – said the underlying performance of the company “is sound” and that the transition to a more diverse, sustainable business model is “proceeding apace”.

“This is reflected in the fact that the operating profit, before exceptional items, remains strong at €33.2 million.

The financial strength of the business is also reflected in the fact that the company is reporting a much-reduced net debt of €76.1 million – an impressive decrease from €170.5 million in the previous year.

He pointed out that the company’s journey to a new, more sustainable business model saw it achieve some “significant transition landmarks” that also support its decarbonisation agenda – including a financial close being reached on the €180 million Oweninny windfarm (joint venture with ESB) in Co. Mayo.

“This project demonstrates how we can best use our land bank of over 200,000ac in order to support national policy to decarbonise, by investing in new forms of renewable energy that are secure and sustainable.

We are also reporting that the carbon intensity of the electricity we generate has fallen for the 11th year in a row, representing a 40% decline since 2007.

“This already steep decline is set to continue as the company expands its renewable generation capacity with solar coming online and increasing wind and biomass.

The company’s move away from peat was also evidenced in the report as BNM reduced the operational area of its bogs to a point where the company now harvests peat on just 1% of Irish peat lands.

During the financial year 2018, as part of BNM’s decarbonisation agenda, the group also restructured the fuels business by closing its Littleton briquette factory in Co. Tipperary; and it also outlined plans to exit the coal business.

The results also reflect the resolution of compliance issues in the UK-based business, which was purchased in 2016.

Progress on the sustainability agenda included the investment of €31.3 million in a variety of projects, according to the report.

This expenditure involved a number of different business areas including: resource recovery where this expenditure was focused on transfer centres; waste-to-energy infrastructure; the purchase of new refuse collection vehicles; the construction of engineered landfill cells for the company’s waste treatment facility; and an investment of €5.2 million in Oweninny wind farm.

Other future-facing investments include a spend of €9.3 million on research and development including business development (exclusive of grants).

According to the report, this spend involves the development of new opportunities in areas such as: renewable gas; waste to energy; wind and solar farms; new products and markets in the horticultural sector; and process improvements in all areas.

The company has also announced plans to develop a renewable gas project near Portlaoise, Co. Laois.

The proposed development could treat up to 80,000t of non-hazardous, biodegradable, organic materials per annum.

It is understood that this could include a combination of commercial food waste, brown-bin waste, animal slurries and purpose-grown crops, amongst others. It is proposed to use anaerobic digestion to convert the organic materials into biogas.

“This will be injected into the national gas grid, for supply through the existing gas network, to homes and commercial businesses and will provide gas equivalent to the heating of 5,500 homes,” said Donnellan.

He added that the proposed project will bring “significant environmental benefits” through the sustainable treatment and conversion of non-hazardous, biodegradable, organic waste materials into a renewable biogas.

The process will also produce a nutrient rich byproduct (bio-fertiliser) which will be suitable for land-spreading on agricultural land and will be a sustainable alternative to traditional artificial fertilisers.

“The proposed project represents another contribution by Bord na Mona to achieving Ireland’s renewable energy targets and will assist in the reduction of carbon emissions from sectors such as agriculture, heating and transport,” he concluded.