Why is it important to BCS ewes? 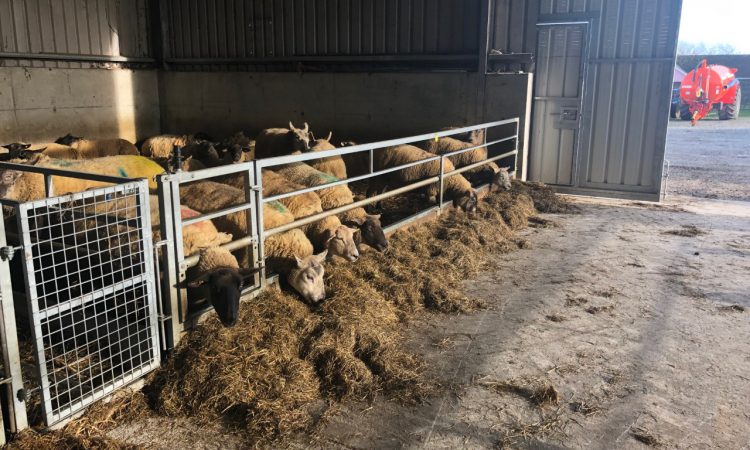 The next six-to-eight weeks are going to be vitally important on sheep farms when it comes to managing and feeding in-lamb ewes.

At this stage, many farmers will have their ewes scanned and have begun the process of batching them, according to the number of lambs they are carrying.

Furthermore, it is important that farmers physically handle their sheep to see what body condition score (BCS) they are – to see if any ewes require preferential treatment to get them up to the required BCS.

Now is the time to separate any thin ewes – under a BCS of 3.0 – and start feeding good-quality silage of at least 70% dry matter digestibility (DMD) and concentrates that contain adequate amounts of digestible undegradable protein (DUP).

Even though the BCS process is subjective and varies from one person to another, it is still vital to carry out and to identify any ewes that are in poor condition.

The target BCS at lambing should be a minimum of 3.0 for lowland ewes and 2.5 for hill ewes.

“Ideally, you want your lowland ewes lambing down with a BCS of 3.0,” said Cian Condon – a Teagasc advisor – who was speaking earlier this week at a sheep seminar in Manorhamilton, Co. Leitrim.

Listed (below) are the ideal BCS figures of ewes at: mating; scanning; lambing; and weaning.

Condon explained: “A number of issues can arise if a ewe is in poor BCS – especially around lambing time.

“If you don’t put your hand on a ewe’s body you won’t know what kind of condition she is in.

“Scanning is a great time to BCS your flock. All the ewes will be running through the crush and this will give you the chance to earmark any ewes you feel need preferential feeding.

In an ideal world, a ewe in good condition will have a smooth and relatively round spine, with a full-muscle on the top of her back.

“The sides of the ewe should be well-rounded. Furthermore, you should only be able to feel the bones when you apply a bit of pressure.

“A ewe in poor condition will hold on to energy supplies instead of passing them onto her offspring. This, in turn, will affect lamb growth-rates and colostrum production,” Condon concluded.

Listed (below) is a number of issues that will arise from poor body condition, according to Teagasc.

These issues (accruing from poor body condition) include: 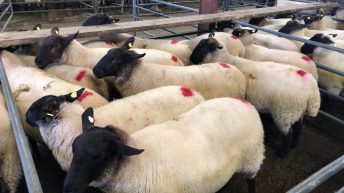