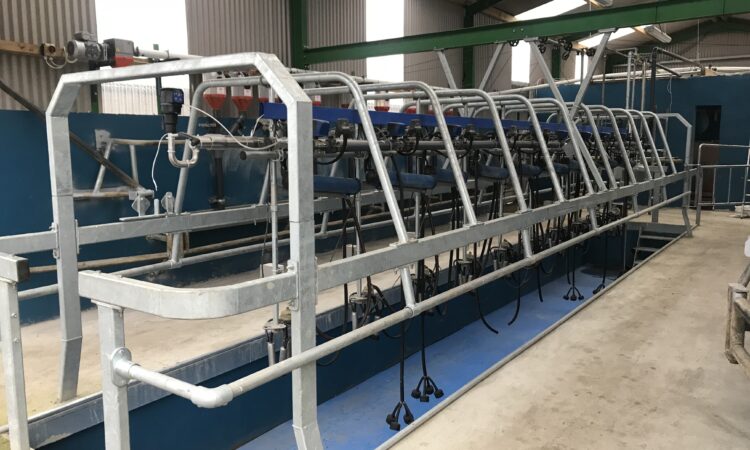 Six years ago, Liam and Catherine Millerick – who are farming near Fethard, Co. Tipperary – made the decision to switch their now 124-cow crossbred herd over to once-a-day (OAD) milking.

The pair, who spoke at the OAD milking conference, in the Horse and Jockey Hotel, Co Tipperary, on Wednesday, January 15, said that the biggest driver for them, to make the switch to OAD, was lifestyle.

Outside of calving and breeding, they said they start their day at 6:00am and finish between 9:00am and 9:30am; leaving the rest of the day to plan whatever they like – whether that be farming or non-farming related.

However, 2014 was a big year for them, as it was their first full season milking OAD. A total of 96 cows were milked that year which included 40 heifers.

Commenting on this, Liam said: “The first year wasn’t as bad as we expected – despite the herd being made up of 40% heifers – due to a good milk price.

We had exceptional fertility in our first year, with only a 2% empty rate. However, as output has increased over the years, so has our empty rate.

During his presentation, Liam explained that they “were lucky because they got very good advice when they decided to make the switch to OAD” which he said is “very important when deciding to make the move”.

Their farm itself consists of 66ha, all in the one block, but with separate farmyards – one for rearing young stock and one for the main herd.

However, since then their average SCC has fallen and stabilised with last year’s figure coming in at 133,000 on average.

From their first year milking OAD, milk solids per cow began to increase year-on-year along with a steady increase in fat and protein percentages. Milk price, they said, has averaged out at about 40.5c/L over their six years on OAD.

In terms of fertility, an improvement can be seen in the calving interval of the herd moving from TAD to OAD. Catherine also noted that the herd has been consistently achieving over 90% calved-in-six-weeks since making the move.

Taking a look at profit monitor data, when comparing the pair’s figures to the top 25% and the average, their performance is excellent.

Variable costs are low, potentially influenced by the low-stocking rate. Fixed costs are also low, considering the investments in infrastructure over the years.

A new shed – including a slatted tank, calving area and store – along with kennels were installed in 2016 and in 2019 a new bridge was installed and machinery and ‘MooMonitors’ purchased.

Challenges along the way

Liam admitted that the challenges they have met along the way were “not much different than those you might meet as a TAD herd”.

During the presentation he outlined the following challenges they met over the past six years:

In the early years, Liam explained that they were also culling up to 15%.

Having the right cow for the system

Catherine stated that “the key to an OAD system is having suitable cows”.

Over time the couple have weeded out the unsuitable cows and focused on getting, what they feel is, the best cow for their system.

They both agreed that crossbred cows were the most suitable type of cow, with Liam saying: 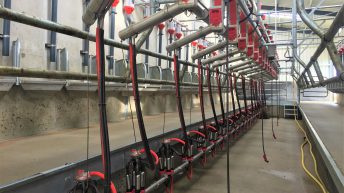 Interest in OAD milking grows – but advance planning is essential