What happened at the first CAP post-2020 Consultative Committee meeting?

Defining sustainability and preparing for a reduced Common Agricultural Policy (CAP) budget were the overarching themes at the inaugural meeting of the new CAP post-2020 Consultative Committee at Agriculture House this week.

Following on from a number of smaller-scale consultations over the last 18 months with various stakeholders – who subsequently submitted their initial CAP priority documents – the forum has been established to allow stakeholders to express their views and remain updated on the policy reform developments in Brussels.

The meeting was led by Paul Savage, assistant secretary general of EU and international affairs and rural development at the Department of Agriculture and was chaired by the Minister for Agriculture, Food and the Marine, Michael Creed.

Each stakeholder group had the opportunity to give a brief presentation on its priorities.

It is understood that sustainability was at the heart of discussions around farm incomes and environmental challenges – particularly in relation to embracing metrics around water, soil and biodiversity.

The atmosphere was described to AgriLand as “cordial” with a general recognition that the new CAP will have to move in a new direction.

“There was a feeling across all representatives that there is a lot more that joins us than divides us – now, we have to see if we can work together and the CAP has been the key funding mechanism for that,” an industry source said.

The topic of a reduced CAP budget was broached, with attendees informed that, while Ireland stands with an alliance of 20 member states seeking to maintain the current funds, a handful of member-states – including the Dutch and some of the Nordic states – are refusing to back such a stance.

With the loss of UK contributions to EU funding, along with evolving policy priorities, the sector was let known in no uncertain terms that Ireland is facing an uphill battle to try maintain the budget – or even keep cuts to the mooted 5%.

Last May, the European Commission’s draft EU budget for the next seven years proposed an overall CAP budget reduction of 5%; while direct payments are proposed to be reduced by no more than 4%.

It was also highlighted that the European Commission’s proposal is seeking that at least 40% of the overall CAP budget post-2020 must contribute to climate action.

It was also noted that, even in the best-case scenario of a maintained budget, inflation would ultimately eat into the CAP coffers over its seven-year timeline.

The next meeting of the CAP post-2020 Consultative Committee is expected to take place in eight weeks’ time, respectively. 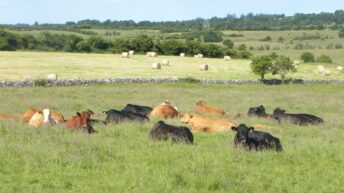