Weather to remain unsettled but warmer later in the week

Weather is set to remain changeable and unsettled for the rest of the week, according to Met Éireann.

This week will be relatively cool at first, with temperatures a little below normal, but becoming quite warm and humid at times after midweek in the midlands, east and south of the country.

Today, Monday, August 19, will be a cool and breezy day, with bright or sunny spells and scattered showers with some heavy in nature. Maximum temperatures today will reach 15° to 18°.

Showers tonight will become confined mainly to northern areas with other areas remaining dry for a time.

However, later in the night, outbreaks of rain and drizzle will extend from the Atlantic, affecting mainly Connacht, parts of Munster and possibly parts of south Leinster.

Tomorrow, Tuesday, will be mostly cloudy, with occasional outbreaks of rain and drizzle becoming widespread, but some dry spells in places also.

Dry conditions will extend from the west later in the day with maximum temperatures of 16° to 19°.

Tuesday night will be mainly dry with variable cloud cover and minimum temperatures of 10° to 13°.

According to the national forecaster, Wednesday will be windy and wet, with rain extending from the Atlantic during the morning and afternoon. Rain will turn heavy in many areas and will be accompanied by fresh to strong southerly winds. Maximum temperatures will reach 16° to 19°.

Finally, Thursday will be dry in most parts of the country, with some bright spells, mainly in the east and south.

Conditions will be predominantly cloudy with some rain and drizzle developing mainly in parts of the west and northwest with amounts relatively small. Maximum temperatures on Thursday will reach 16° to 22°. 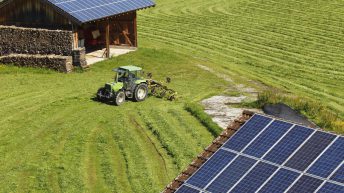