Analysis of Q2: How have Irish cattle graded in the beef processing plants? 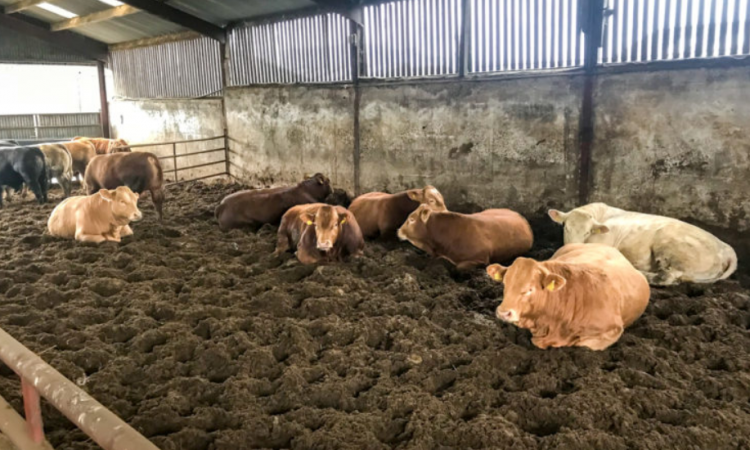 During the first six months of this year (January 1 to June 30), just shy of 891,060 head of cattle were slaughtered in Department of Agriculture, Food and the Marine approved beef export plants.

An analysis of figures taken from the department has shown that approximately 51.4% – the equivalent of 458,004 head – of these cattle were classified as being either O or P grade at the time of slaughter.

In addition, E-grade cattle accounted for the lowest proportion of the total kill throughout January to June inclusive. Just 8,910 cattle – or 1% of the total kill for these six months – reached the highest grade possible on the grid during this time.

Similarly, E-grade cattle also accounted for the lowest proportion of animals slaughtered in approved beef export plants between January and June of 2018.

An analysis of figures from the Department of Agriculture’s classification percentages shows that just 8,836 cattle – a combination of young bulls, aged bulls, steers and heifers – were classified as being E grade upon slaughter. 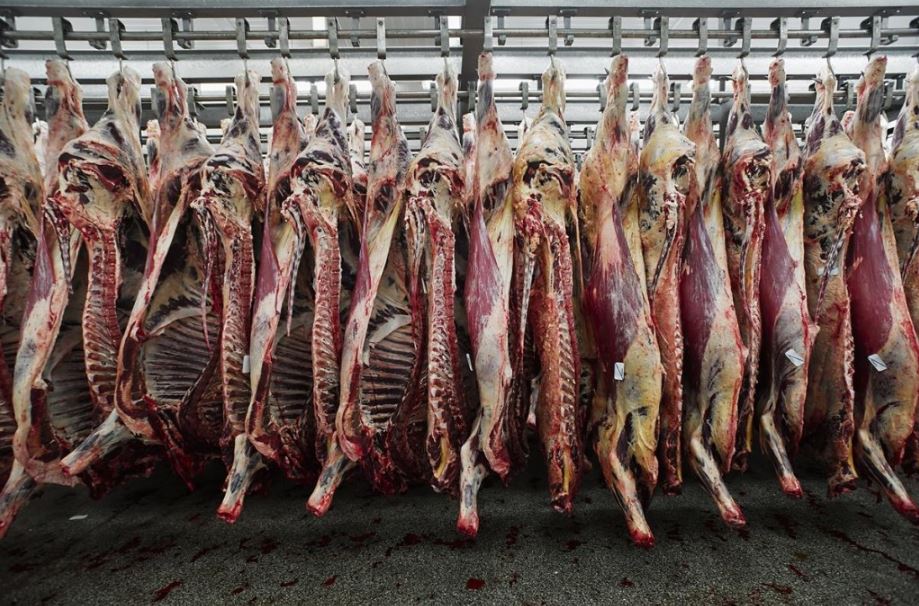 U-grade animals accounted for the next smallest proportion of the kill; 19% of all of the cattle sent for slaughter between January 1 and June 30 were classified as U in 2018.

On the other hand, R and O-grade cattle amounted to 27.7% and 34% of the total kill respectively. In addition, P-grade carcasses were produced by 18.1% or 154,125 of the cattle dispatched for beef production. 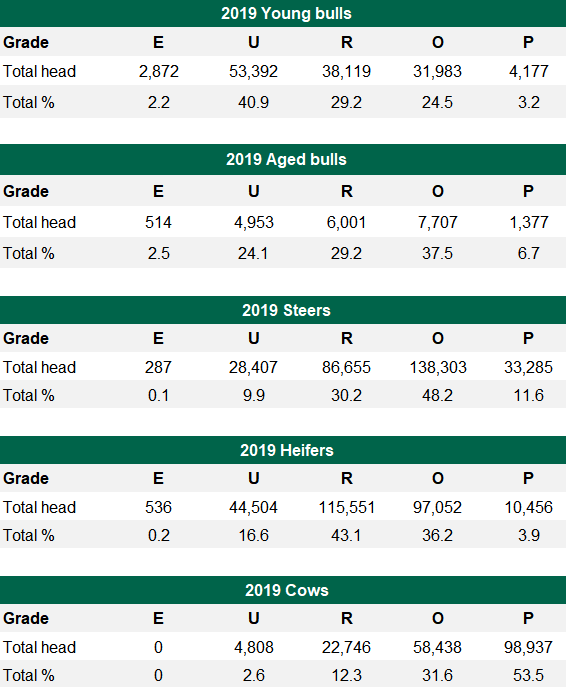 However, just 0.1% of all steers – some 287 animals – were classified as being E grade. R and O-grade carcasses dominated this segment of the beef kill and accounted for 78.4% of the steer carcasses processed.

Meanwhile, when we look at the cow carcasses obtained, no cows graded E between January and June; 2.6% were classified as U; 12.3% were R-grade when slaughtered; with 31.6 grading O; and 53.5% were P-grade.