‘We would look at reforming BDGP’ for €200 suckler payment – McConalogue 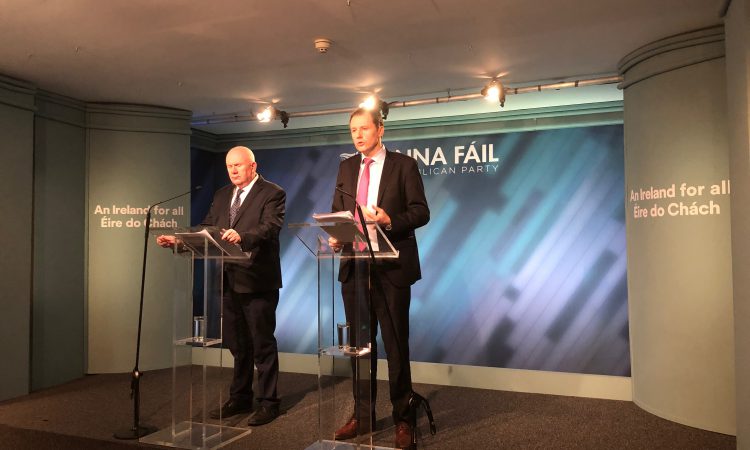 Commenting on Fianna Fáil’s commitment to a €200 per suckler cow payment on a farmer’s first 20 cows, the party’s spokesperson on agriculture, food and the marine, Charlie McConalogue, has said: “We would look at reforming the current Beef Data and Genomics Programme (BDGP).”

McConalogue added that the party would also “build on it in terms of welfare measures”.

The party’s election promises for the agricultural sector were launched by McConalogue and the party’s spokesperson on food and horticulture, Jackie Cahill, at an event in Dublin today, Tuesday, January 28.

Continuing, McConalogue stated: “I think the Suckler Cow Welfare Scheme – which Fianna Fáil had in the past – was one which worked very well.

It is something which we would work closely with the farming organisations on.

He added: “We want to make sure that the scheme which we put in place is workable, that we can see farmers signing up for it and also in a way that supports the suckler sector.

“It [the suckler sector] is a critical anchor and base for our beef sector and it should be supported.

Concluding, McConalogue stressed: “Our key commitment is ensuring the €200 payment is there and we believe it is essential and we also believe the suckler farmer contributes massively to the local economy.”

Also commenting on the roll out of the party’s proposed €200 payment, Jackie Cahill said: “We have to make sure any scheme is inclusive; that all suckler farmers will apply for the schemes.”

Cahill outlined: “We have met with the Irish Natura And Hill Farmers Association (INHFA) and it is talking about a scheme for [Belted] Galloway cattle which I think would have a place going forward.”

Concluding, he noted: “They can come to maturity at a very young age and we can have a premium product coming out of those low-stocking areas.” 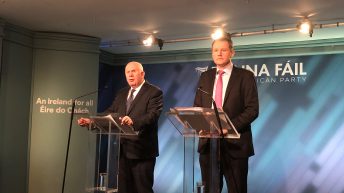