Wallace in battle to reach finish line in Ireland-South constituency 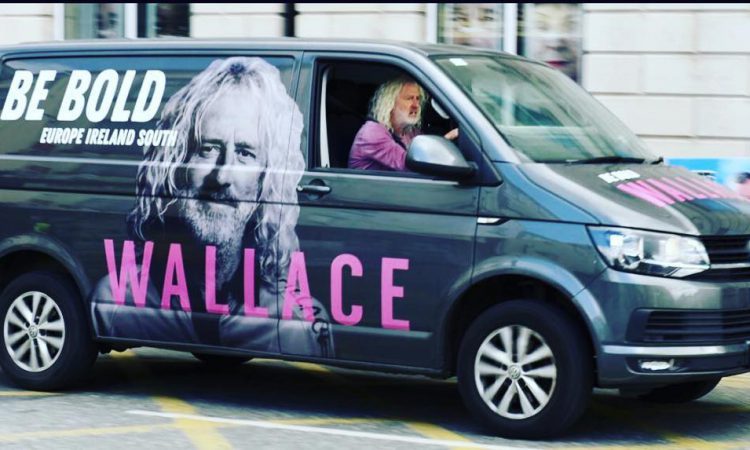 The latest exit poll results from REDC RTÉ regarding the European Elections indicate that Independents 4 Change candidate Mick Wallace is in with a fighting chance of securing one of the five seats that are up for grabs in the Ireland South constituency.

Wallace is currently polling on 10% – and with an obvious battle on his hands to reach the finish line.

However, he remains very much in contention to take a seat when counting begins tomorrow, Sunday, May 26.

Meanwhile, the race in this particular constituency was thrown wide open when sitting MEP Brian Crowley announced that he would not be contesting due to ill-health.

This latest poll also suggests that Fine Gael’s Seán Kelly is set to be returned with 16% support, while Grace O’Sullivan (GP) is on track to take a seat with a 12% share of the vote.

Liadh Ní Riada (SF) is on 13% while Fianna Fáil candidate Billy Kelleher is also at 13%. Malcom Byrne is polling at 9%; sitting MEP Deirdre Clune is also at 9% while her running mate Andrew Doyle is on 4%.

En route to the finish

Wallace – who, very often, is never very far from the finishing line, in general – has made no bones about the fact that he abhors injustice; he is regarded as a thorn in the side of banking and the National Management Asset Agency (Nama).

In some quarters they would say he has become a champion of whistleblowers.

However, back on the ground, he has been vocal – in recent times – on agriculture matters and climate change.

Recently he pointed out that “farming was in trouble” and hinted that the way in which both the Government and European Parliament operate in respect of the industry was “unfavourable” to farmers.

And, while Wallace has also admitted that agriculture needs to change direction – in this country – he is adamant that “we have a wonderful land, with wonderful potential”.

Only last week while participating in ‘The Week in Politics’ debate on RTE, Wallace told presenter Aine Lawlor, that the numbers in the national herd were “madness”.

He also pointed out that when it came to greenhouse gas emissions in this country “big beef and big dairy makes up 32% of it; transport is 19%, so absolutely we need to cut our national herd”.

Wallace has also highlighted the plight of the family farm in Ireland. He pointed out recently that 140,000 family farms have “gone out of business” in this country since 1970.

“The family farm is being gobbled up by what is now known as factory farmers – there are only 52,000 full-time farmers left in this country,” he added.

“Common Agricultural Policy (CAP) payments should be designed to make sure that no farmer goes out of business.” 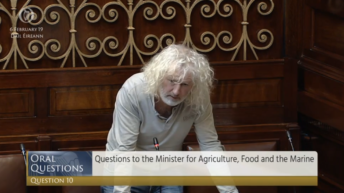 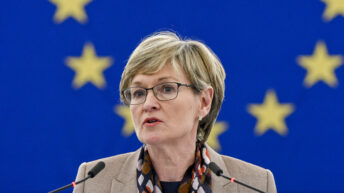