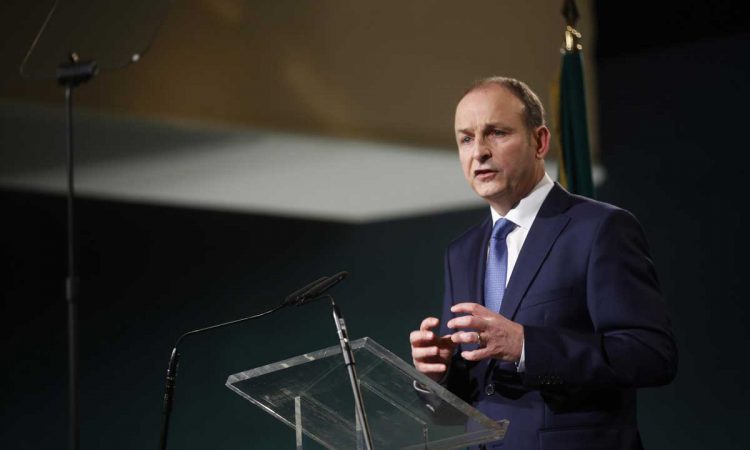 Fianna Fáil leader Micheál Martin has hit out at the European Commissioner for Agriculture and Rural Development Phil Hogan and accused him of playing politics with the EU beef support package which was announced last week.

As exclusively revealed by AgriLand, a fund of €100 million aimed at supporting struggling beef farmers was agreed upon by the European Commission.

The commission agreed to fund €50 million of the package, while the Irish Government committed to matching the allocation, thus bringing the total amount to €100 million.

The decision followed a recent submission by the Department of Agriculture, Food and the Marine seeking a significant, multi-million euro fund – specifically for beef farmers – in response to current market conditions.

The move also followed weeks of farmer-led protests across the country to highlight the ongoing stagnation of beef prices under the cloud of Brexit uncertainty.

Meanwhile, Micheal Martin said the timing of the €100 million beef support package announcement was “highly unusual” and as far as he was concerned “seemed focused solely on getting the Government through the local and European elections”.

“The timing is unusual, coming in the days and weeks before important elections,” he added.

We have a situation where Government ministers are announcing large funding allocations, yet they cannot tell us where the money is coming from.

“We are also being told that the budgets on this will not be signed off on until the autumn at the earliest.”

Martin then pointed to the European Commissioner’s role in the matter.

“I do believe it is highly unusual that an EU Commissioner has been dragged into this politicking,” he continued.

“And all of this is being done in spite of a tradition whereby an EU commissioner would refuse to make funding announcements during campaigns,” he concluded.