“Manners and Patience” – they are the two essential characteristics of a farmer practicing conservation agriculture, according to James Julian, from Co. Laois.

The young farmer has significantly reduced the amount of fungicides he is applying to his tillage crops. Crop nutrition has played a major role in this reduction, as well as paying a close eye on crop conditions by walking fields weekly.

In this installment of CROPS WATCH James chatted to TerraChem agronomist John Mulhare about his decision to move to a direct-drill system and implement practices on his farm which will help to improve his soil fertility, plant health and the environment.

From pollinator strips to grass margins the Co. Laois farmer has embraced conservation agriculture and gets plenty of advice from BASE (Biodiversity, Agriculture, Soil and Environment) Ireland, a group which James is a member of that puts a large focus on soil biology and the environment. 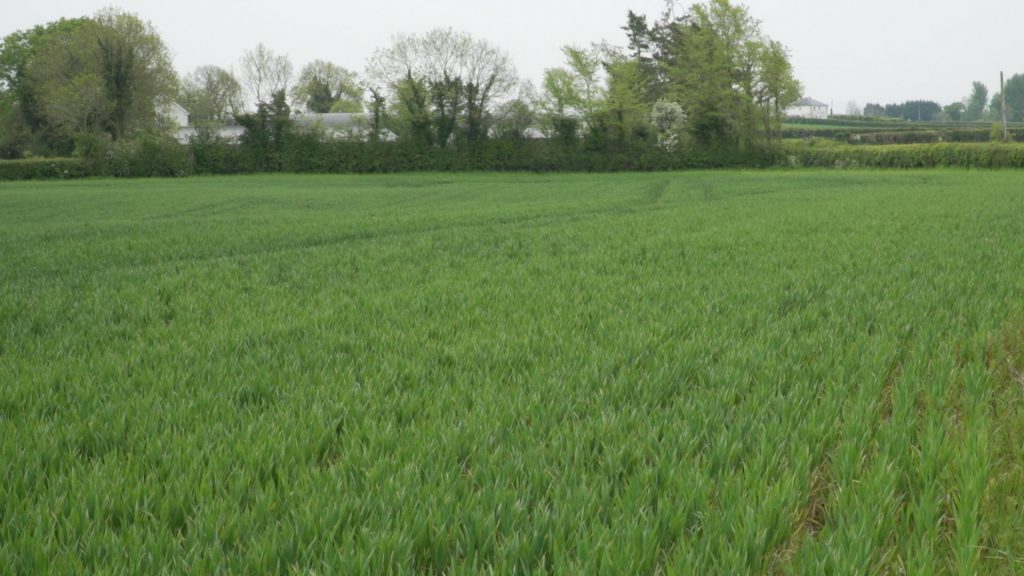 Moving to a system of conservation agriculture

Looking at a seed crop of Costello winter wheat, James explained that he first moved to direct-drilling to save on labour and he gradually began to see improvements for the environment and soil health.

“Slowly over the last number of years the whole farm has moved to direct-drilling,” James commented.

James purchased a Weaving direct-drill, but also increased the amount of organic fertiliser being used on his farm and began to plant cover crops. Following on from this progress he began to focus on plant health. 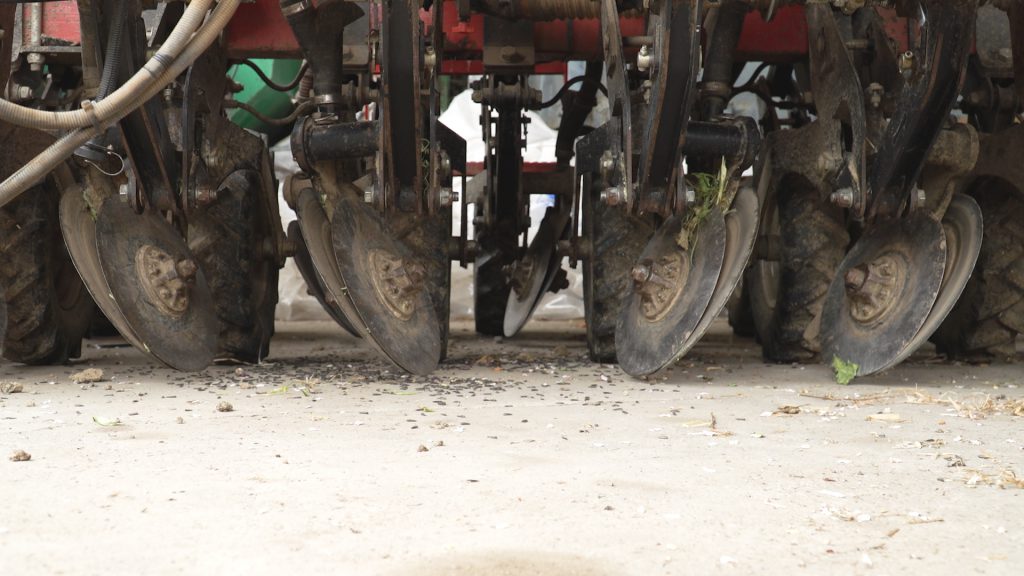 “I started doing leaf analysis. Whatever nutrients the plant is low in it gets.

I’ve tried to cut back on fungicides, but I’m not shutting the door on them. The crop will get what it needs.

“It’s not a massively thick crop, but it still has yield potential so I suppose that’s helping and there hasn’t been major weather pressure either for fungicides so we’ll just play it by ear really.”

Advertisement
So far this season James’s winter wheat has received:

“Plant health is foremost to keep disease at bay. We work with the weather and monitor crops and try and look at them once a week,” James added.

Improving the crop rotation on the farm has also improved soil and plant health. Traditionally, spring barley and sugar beet were grown on the farm. When the sugar factory closed continuous spring barley was planted. However, James now has a rotation including: spring barley; beans; winter wheat; and winter oats. 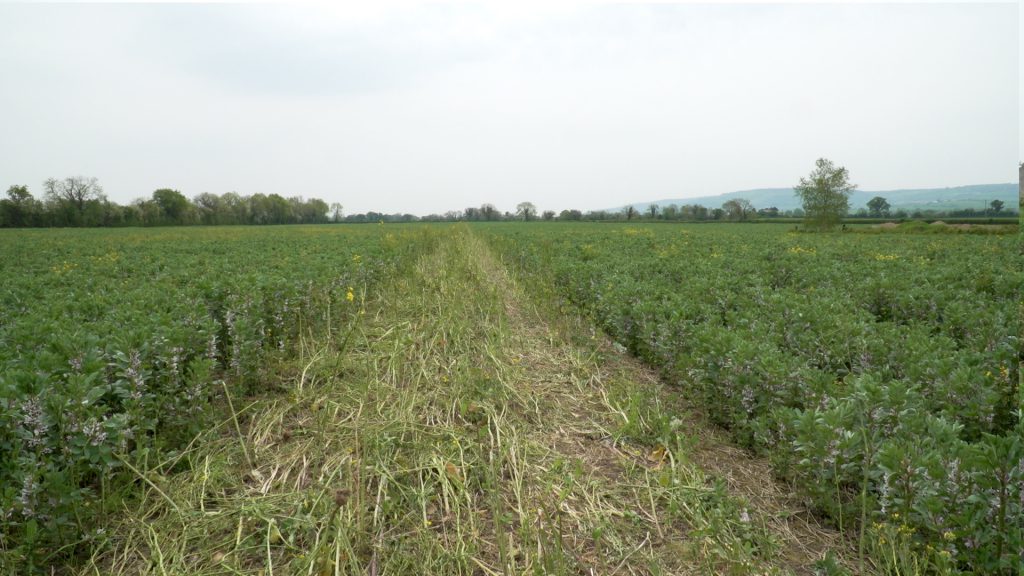 Beans are key to James’s rotation. He explained that for little input they add a lot to the soil, as could be seen from the nodules on the roots of the crop. The crop of beans will receive three applications of boron.

Included in James’s crop of beans is a pollinator strip. He simply avoided a strip of the cover crop of forage rape with the sprayer after the winter and allowed the strip to flower and feed the bees.

While James started out using the direct-drill to reduce the amount of labour on the farm, he clearly puts a lot of detail and effort into his farming system. As he said himself the system requires patience; it’s not just about using a direct-drill.

You need a lot of patience. Sometimes I don’t have it. Manners and patience and knowing when to go and when not to go.

“The drill is the last piece of the puzzle really. It’s all down to soil. There’s no point heading out into a field with a direct-drill and dropping it and hoping everything is going to be okay. That’s where you’ll fail miserably.”