Dairy focus: Going down the ‘robot route’ in Co. Laois 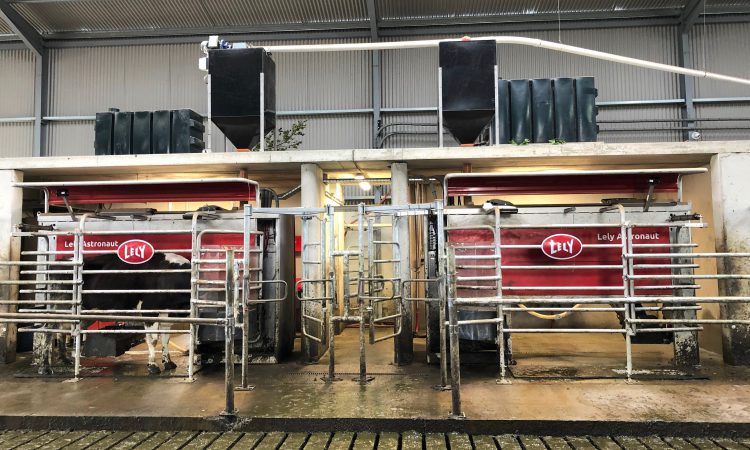 Just last year, John McDonald and his father, also called John, were the very first dairy farmers in the Republic of Ireland to install two Lely Astronaut A5 robots.

Their farm – which overlooks Carlow town – is currently milking 136 Holstein-Friesian cows on a 55ha grazing platform.

John had previously been working in a bank; however, four years ago he decided it was time for him to come home and farm the family holding alongside his father.

John knew that changes were going to have to be made if they were to support two families and have a better way of living.

In light of this, they decided to increase cow numbers from 80 cows up to 136 cows, along with the installation of the two A5 robots.

Why the ‘robot route’?

Just like many dairy farms, labour was a big issue on the farm; not only that, labour flexibility was something John wanted if he was going to come home and farm full-time.

Touching on why they felt robots were the best way to go for them, he said: “Labour was one of the main reasons for us and my father was getting on, so he was finding the milking difficult at times.

“He has been milking his whole life and it was time for him to take a step back; so we needed the farm to be able to operate with one labour unit.

“Since installing the robots, one person can easily manage on their own and that’s what we wanted. 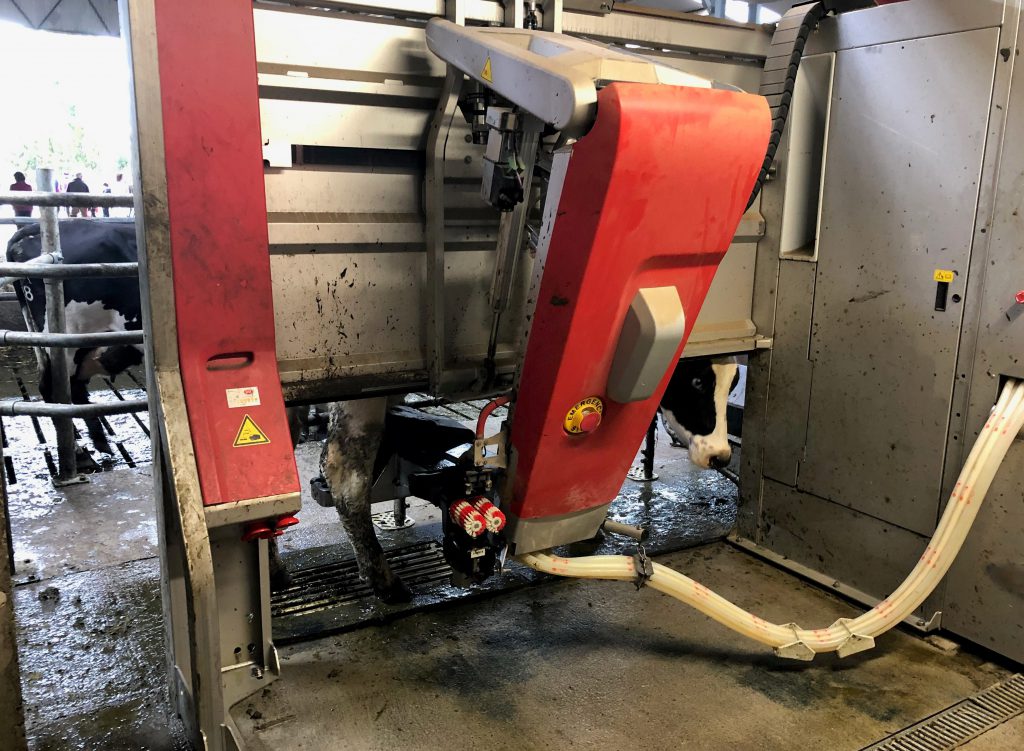 “I also liked the idea of the labour flexibility a robot would bring; you’re not tied to being there at a certain time each day to do the milking and that is something that I liked.

“As well as that, our existing milking parlour – at the time – needed to be upgraded so we were going to have to invest one way or another.

“My father has been milking here as long as I remember, but it has always been around the 60-80 mark and when we increased the numbers this meant spending 30-35 hours/week between bringing them in and milking in a 10-unit milking parlour.

“When you’re spending this long milking it doesn’t really allow you much time to do other things,” he added.

Last year, two Lely Astronaut A5 robots were installed on the farm. The two robots are facing each other in what’s known as a head-to-head system.

Once the cow exits the robot she walks down the centre passage, where she exits out through the graze-way system. If she has to be held for any reason she can be drafted either into some holding pens to the right of the robots or out the back into a small paddock.

The idea of the holding paddock is so that the cow can continue grazing and enter the robot if she wants – with minimum upset to her usual routine – while she waits for treatment or insemination. 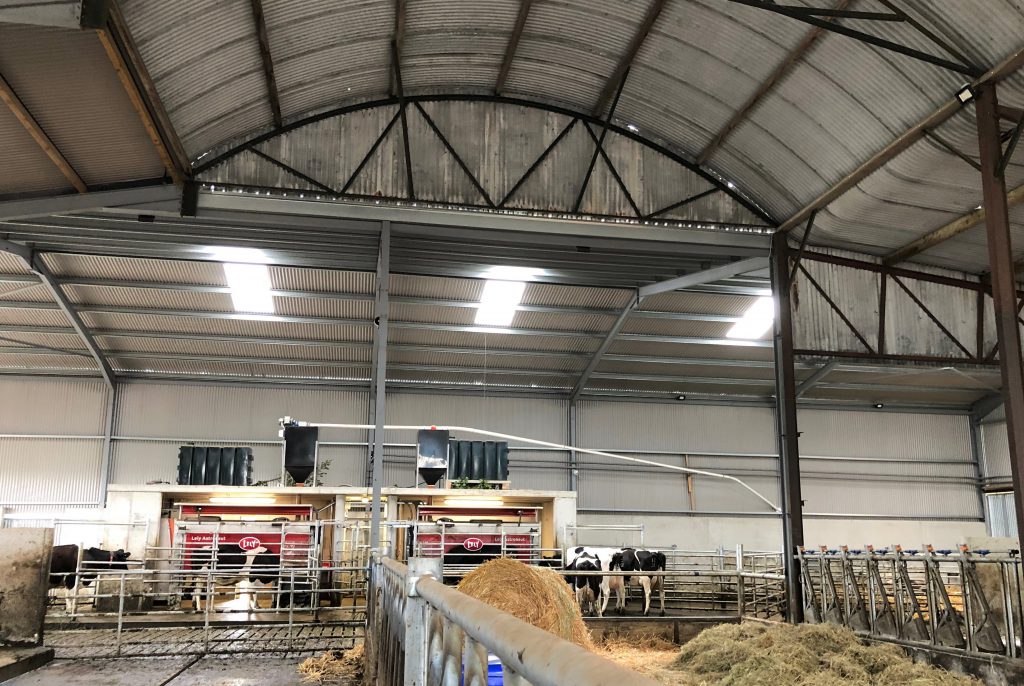 Before they decided on the robots, John highlighted that it didn’t “just happen over night”.

We spent a good year going around and looking at them operating in different systems. On every farm we visited, we picked up something different and we learned a lot about what works and what doesn’t.

“The max for each robot is 70 cows and – because we started out at 136 cows – we kind of had to have everything right from the start,” explained John.

An old hay barn was converted to firstly accommodate the robots – in the most suitable location – and secondly to house their 140 cows all under the one roof.

The old hay barn along with an attached slatted shed was converted to accommodate 144 cubicles, calving boxes and the robots.

The decision to relocate the housing facilities was made so the robots and the Grazeway system would work with the location of the paddocks and the farm road layout. 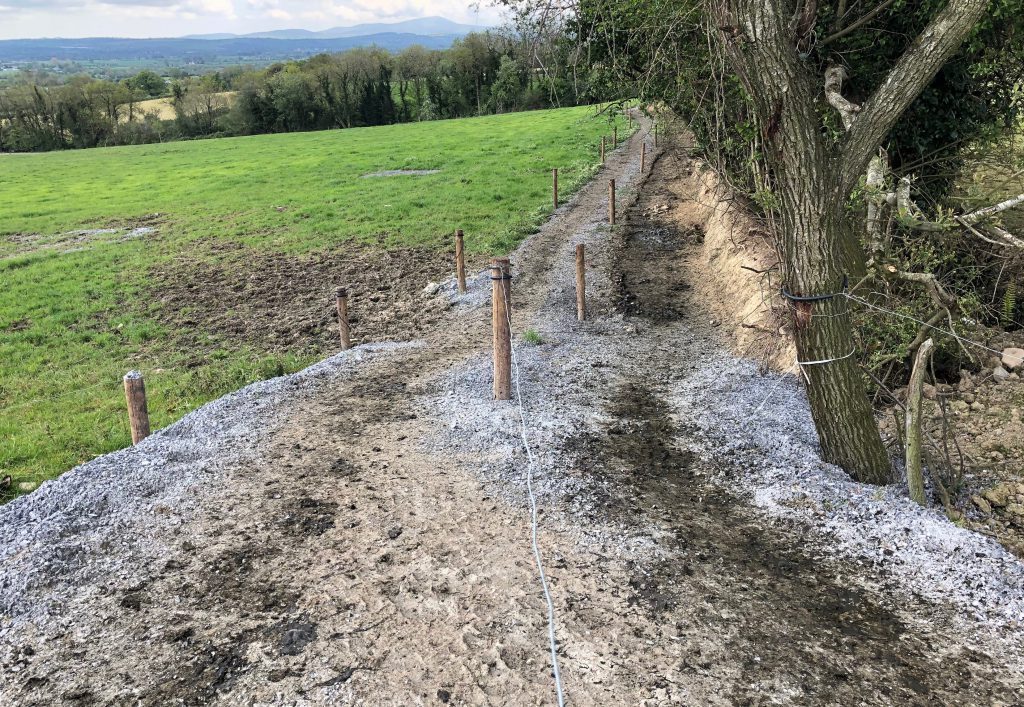 When asked if training in the cows was difficult, he said: “The training in was pretty straightforward and because the A5 robot is silent we found it quite easy to train them in.

The heifers were actually the easiest to train because they didn’t know any different.

“The older cows were probably the hardest because they were shy and they would stand back to let the others go first.”

The milking platform is 55ha in size and they have the advantage that all their area is in the one block.

They operate an A,B,C grazing system, which means that the cows are in each section for eight hours/day.

Since starting with the robots, the grassland management hasn’t been “too much of a challenge for them”.

“We were lucky because the spring was good and if it had been a very wet spring the cows would have been unhappy,” explained John.

When asked how he found allocating the grass, he said: “Since we have always been in dairying we are used to allocating grass using a strip wire, but we did make mistakes at the start. 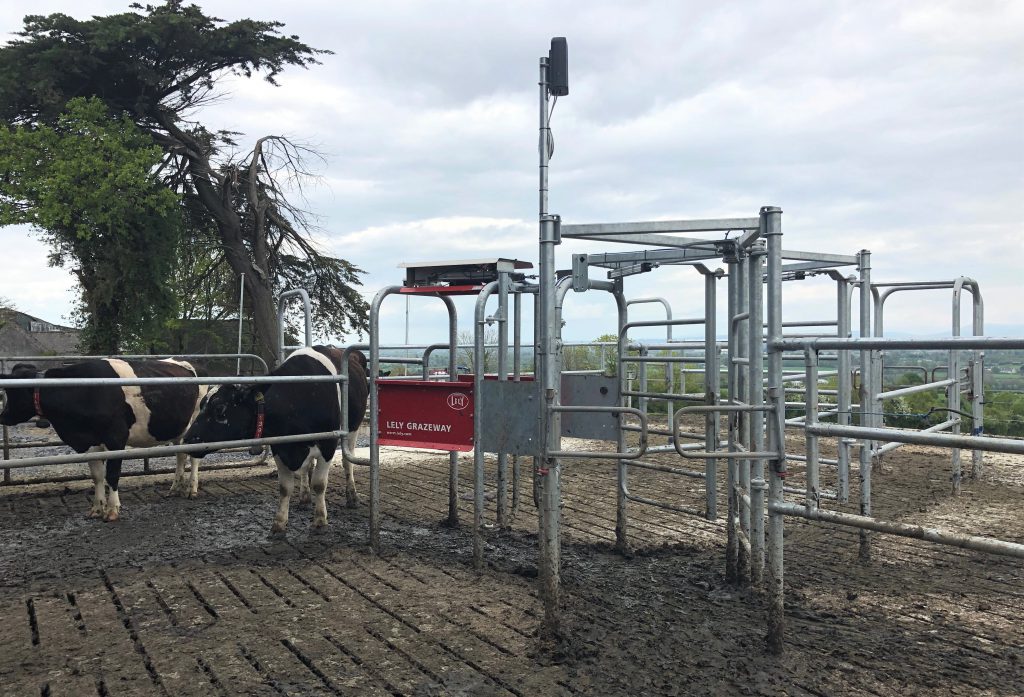 “Our paddocks move 2:00am, 11:00am and 7:00pm so the most important movement for us is the middle of the night – which can be the most difficult movement to get them to make.

“But to get them trained in, we started the grazing season in A and let them out to graze at 2:00am. This taught them that this is a good time to go to the robot because they knew that there would be fresh grass available for them.

“The first thing I would say is do your research, don’t jump into it and have a good look around at as many robots as you can.

“Talk to farmers that have robots because one of the big things we found, when we were looking, was that every dairy farmer is very open and very helpful.

“They will tell you where the pluses and minuses are with them and I found we learned an awful lot by going around visiting different farms.

Before you build or design your shed, go into it with an open mind and listen to what other people are telling you.

“When you are designing your yard you want to do it right the first time, so that it works as efficiently as possible.

“There is no point getting robots to cut down on your milking time and then spending it doing other things like scraping yards or moving cows between different sheds.

“Even something simple like putting your calving pens beside the robot is a big help because they can easily pass into the robot when needs be,” concluded John. 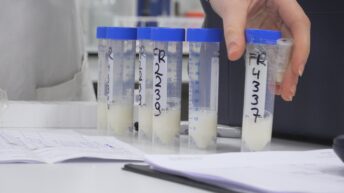