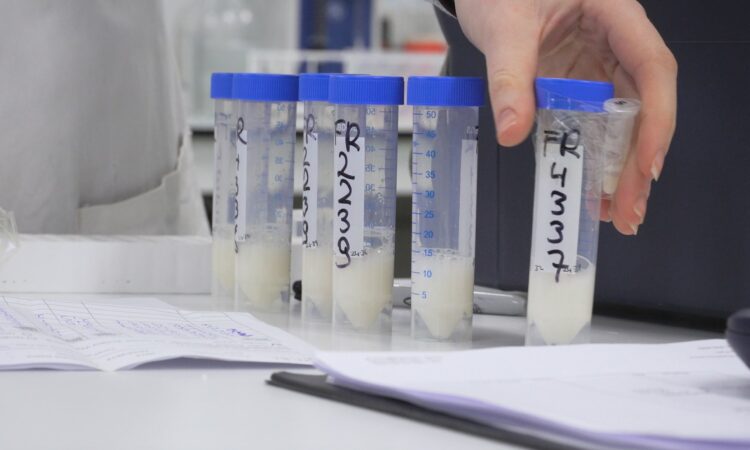 The use of fresh semen has grown in popularity over the last number of years amongst dairy farmers and AI service providers.

In New Zealand, fresh semen is commonly used – even more so than frozen semen – due to its convenience and speed of use.

Progressive Genetics and Munster Bovine both run a fresh semen programme for the first seven to eight weeks of the breeding season.

The aim of the fresh semen programme is to get more straws out of their top-quality bulls to meet the demand from farmers for these bulls.

This year’s fresh semen programme began on April 15 and is due to finish around June 2.

AgriLand visited the National Cattle Breeding Federation (NCBC) lab in Nass, Co. Kildare, where the fresh semen is transported to after being collected at the stud farm in Enfield, Co. Meath.

Here, the semen must pass rigid quarantine control tests before being diluted, transferred into straws, packaged and then distributed to AI technicians across the country.

During the visit we met Ross Hamilton – the marketing executive for Progressive Genetics – to discuss some of the common questions farmers have when it comes to the use of fresh semen.

“We are in the fifth day of the Progressive Genetics fresh semen programme. We have six bulls on the programme this year and basically it’s about getting high-EBI genomic bulls out to as many farmers as possible,” explained Ross.

Can any bull be used on the programme?

We asked Ross why only certain bulls are used on the fresh semen programme and others are not.

“We don’t use just any bull for fresh semen; there is a certain criteria that they have to meet,” explained Ross.

“The bulls used have to have calving surveys and they also have to be in the top 5-10% for semen quality. But, they are mainly all high-fertility bulls that go on fresh.” 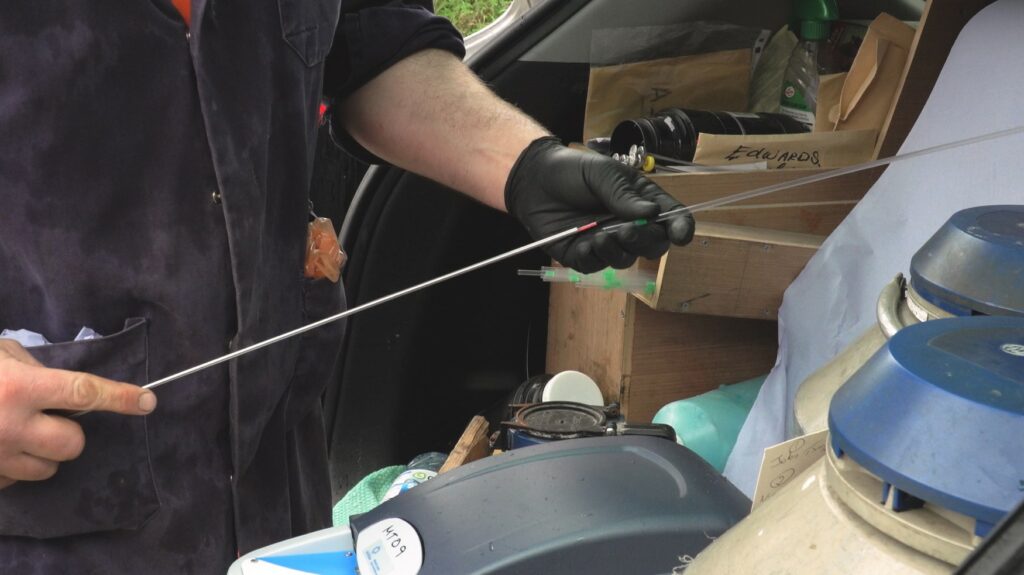 “I suppose the bulls that are on it are reflective of what our customers want and only one in 20 serves on dairy is a Jersey or crossbred.”

What are the advantages of using fresh over frozen?

Ross explained some of the “key advantages” to using fresh semen on our dairy herds.

“In terms of the AI technician, he/she doesn’t have to thaw straws which saves a lot of time when they are serving a cow.

“For the farmer, they are getting faster genetic gain for their herd because we are getting more straws out to farmers from our highest bulls and this has a trickle-down effect on the national herd. 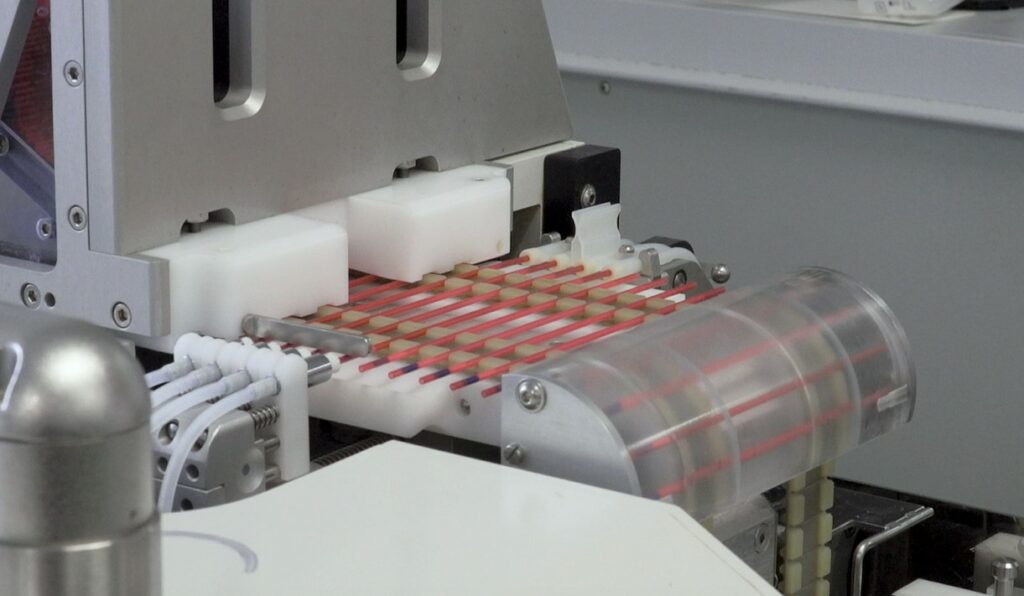 “These are the two main benefits I see from the use of fresh semen,” highlighted Ross.

Why are they priced the same then?

Despite a fresh semen straw having less sperm, frozen and fresh straws are priced the same.

Touching on why this is, he said: “They are priced the same in that we don’t get all the fresh straws used.”

Some of the fresh straws end up being dumped because they only last for two days and cannot be used after that.

“We also have five extra drivers on the road delivering it and there is a whole system that goes behind it.

“I suppose the value for the farmer is that they are getting straws they wouldn’t necessarily get if the bull was frozen and that is where the value is for us,” he added.

Are there any disadvantages to using fresh semen?

“The semen is monitored here in the lab; so if a bull is jumped on a Monday – he obviously has to pass quality control on that day – but straws from him are also kept to be follow-up tested on the Tuesday and the Wednesday. 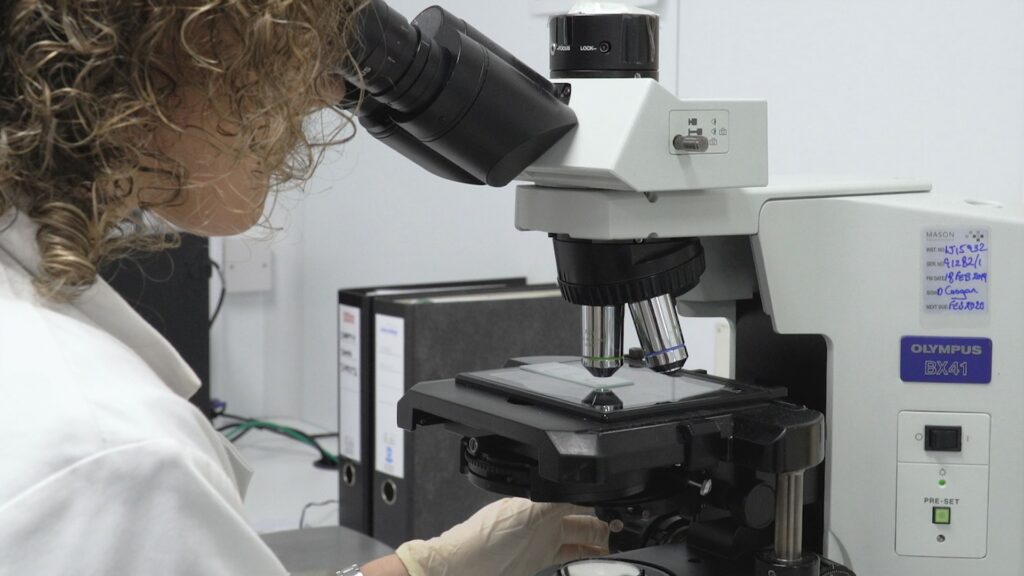 If for any reason that bull’s quality had gone off a cliff, our AI technicians would get a text so that they know not to use that bull.

“But, I think in the last six years we have only pulled a bull once or twice so it doesn’t really happen that often – also due to the fact that we have selected the higher-fertility bulls in the first place.”

In addition, the AI technicians are trained in the handling of fresh semen because there are certain protocols that they must follow – such as storing it at the optimum temperature which is around 15° to 17°.

What does the future hold for fresh semen?

The use of fresh semen in Ireland is a relatively new academic despite the multiple benefits of it.

Ross explained how he would hope that the use of fresh semen “grows in Ireland” and how he doesn’t “see a reason why it shouldn’t”. 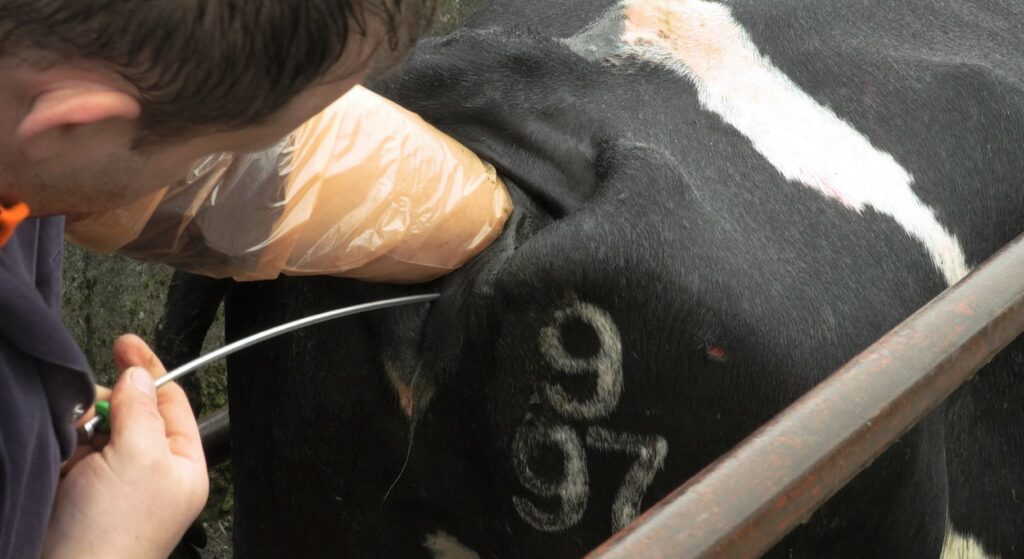 Particularly when farmers are moving away from “DIY and going back to using AI technicians” because of the labour issues on farms.

Concluding the interview, he said: “Munster Bovine has 11 bulls on its programme and Progressive Genetics has six. That is 17 bulls on fresh in the country and I don’t see why you couldn’t add another 10 bulls to this. I don’t see fresh semen usage reducing; it is only going to increase.” 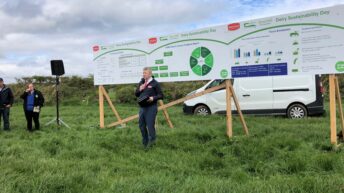