Beet crops got off to a good start around the country, but a few cold days and frosty nights left crops struggling and this crop which – was planted on April 11 – was now at two to four true leaves on May 16.

Once again, John will split this application in two, but this time he will apply 50% of the rate each time, along with a full rate of oil. 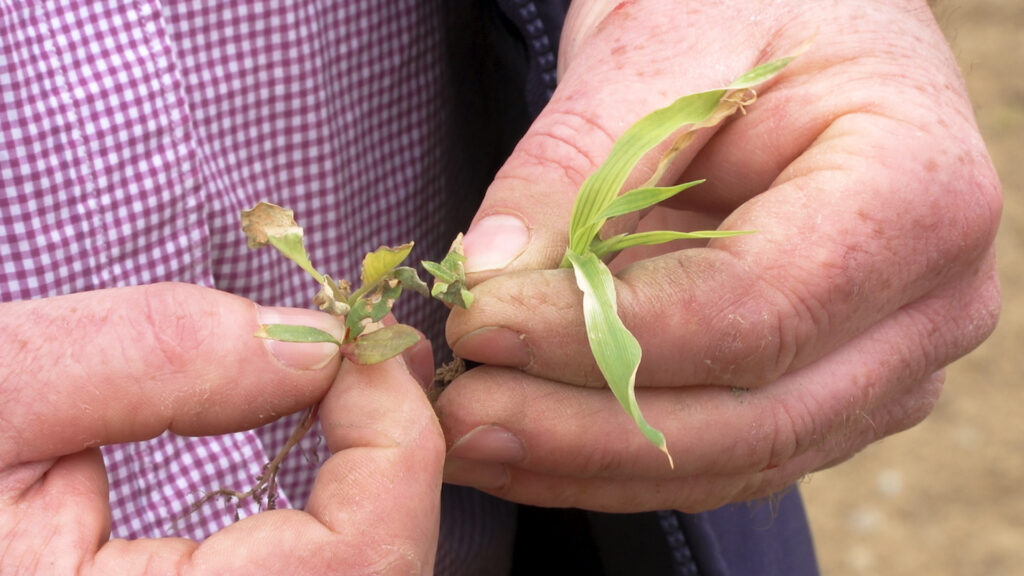 John expects to spray the first split of the second herbicide at the end of this week.

Having finished washing and feeding last year’s crop of beet, John is very happy with how it turned out. It yielded 29.6t/ac. He admitted it is nowhere near record yields, but considering the difficult weather conditions last year he was content.