Video: Why Valtra’s top of the pile for this Co. Westmeath contractor

AgriLand paid a visit to an agricultural contractor in Co. Westmeath – to find out why he’s invested in a T254 and why he’s stuck with Valtra/Valmet tractors for well over 20 years.

John W Anderson spoke to James Geoghegan at his yard close to Tyrrellspass last weekend, to find out why he’s such a fan of these Finnish-built machines.

“Back in 1994, I ran two Fiat tractors – just starting off doing hire work. We were looking at a new tractor at the time – and a new slurry tanker.

“We went to the ‘Ploughing Match’ and met Gerard Clarke and asked him about a slurry tanker. He then offered me a Valtra [Valmet] on demo as well.

I didn’t really want to take it; I knew absolutely nothing about them. 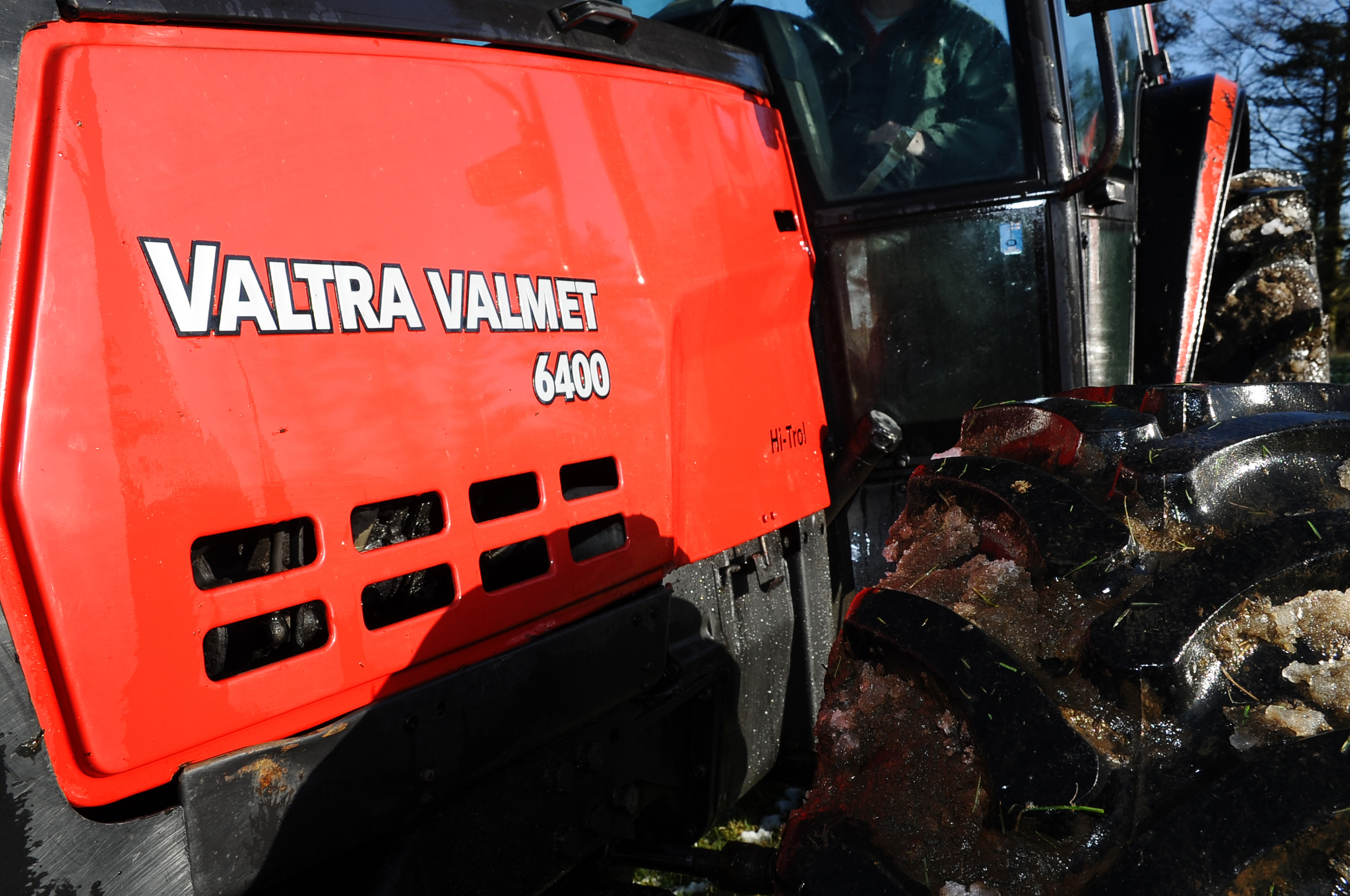 He explained: “We were used to Fiats, Fords and Masseys at the time. Basically, the Valtra could go up a hill where nothing else could go. Its holding power was fantastic – so we took a chance on it.

‘Took a chance on it’

James added: “We took a chance and we never regretted it. We’ve four of them here now with over 10,000 hours. The lowest hours we’ve ever done brakes at was 7,000 hours; there’s very few new tractors getting to 7,000 hours on the first set of brakes.

He went on to explain what jobs the new T254 will tackle – including providing the muscle for a Pottinger Jumbo Combiline wagon during the silage season.

He also discussed the tractor’s fuel consumption – albeit early in its working life – and the fact that it’s his first tractor “with no gear-stick”.

He joked about the built-in calculator on the tractor’s in-cab touch-screen, saying: “You can make up your bill at the end of the day – for the farmer.”

He concluded: “The biggest problem is; I’ll probably need a few more of them now – because the guys all want to drive it instead of the older Ts! If it’s half as reliable as the 6400 has been, I’ll be more than happy.”

Don’t forget, of course, to watch the video.

Video: Co. Wexford man on why this big Ford 8870 is a 'working classic'