During the week, AgriLand made the trip down to Gurteen Agricultural College to see what was happening on the farm.

On the day, Gerard Carey, the drystock unit manager on the farm, talked about the system in place on the cattle end of the farm and what he has been busy doing over the last few weeks.

The farm operates both a spring and autumn-calving system as well as finishing bulls, steers and heifers.

Only one cow was left to calve from the autumn-calving herd, while the spring-born calves were housed and being weaned.

The 16-month-old bulls have been housed since the start of September, with the aim of having them finished by next January.

Steers and heifers intended for finishing were still out on grass at the time of the visit; however, with the weather breaking, the plan is to house them soon and get them going on a finishing diet.

To see what Gerard had to say, including what is happening on the farm at the moment and how they got on with last year’s stock when they were sent to the factory, check out the video (below).

Speaking to AgriLand, Gerard said: “It’s been a busy few weeks. The autumn-calving herd has obviously been calving down over the last while and we only have one left to calve. Thankfully, it has all gone well.

The spring-calving cows and their calves are housed at the moment, as we have started weaning the calves.

“In terms of finishing stock, the under-16-month-old bulls have been housed since the start of September and the plan is to have them fit and ready for the factory by January.

“Over the next while, we will be housing the rest of the stock for the winter. The bullocks and steers we plan to finish will be housed very shortly and put on a finishing diet, with the aim of having them ready to go by 24-25 months-of-age.” 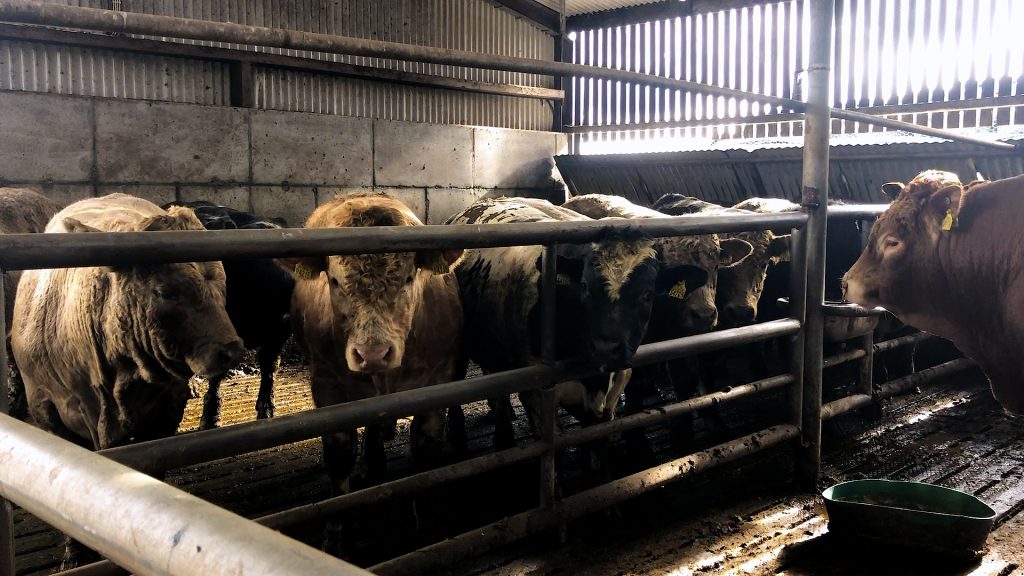 Dairy management: Time to think about your cows' BCS