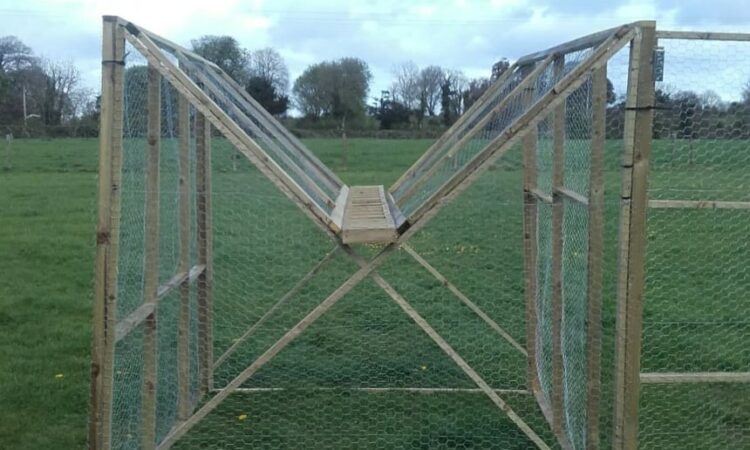 A man in Co. Roscommon has built a simple mechanism, made with timber and chicken wire, that is proving to be “a life saver” for his neighbor’s young lambs.

Based in Creggs, Co. Galway, Eddie Finch explained to AgriLand how the idea came about.

“I have a local sheep farmer who lives just down the road from me and last year his ewes were lambing in late April.

He was telling me he had awful bother with grey crows and magpies taking the eyes out of his lambs so I said sound, sure we’ll start trapping them so.

Eddie, who admitted he is “big into the hunting” noted that his trap has proven to be a huge success in protecting the lambs.

“I caught 16 grey crows in it one day but I’d say it could hold up to 30 or 40 crows,” he remarked but added that “usually, you would only catch three or maybe four.”

He noted that the area was “infested with crows. I caught 60 grey crows in five months on his farm alone last year.”

He outlined that he had been using a trap known as a ‘Larsen trap’ but noted that “they could only catch two or three a day and you would have to cull them and reset the trap.” 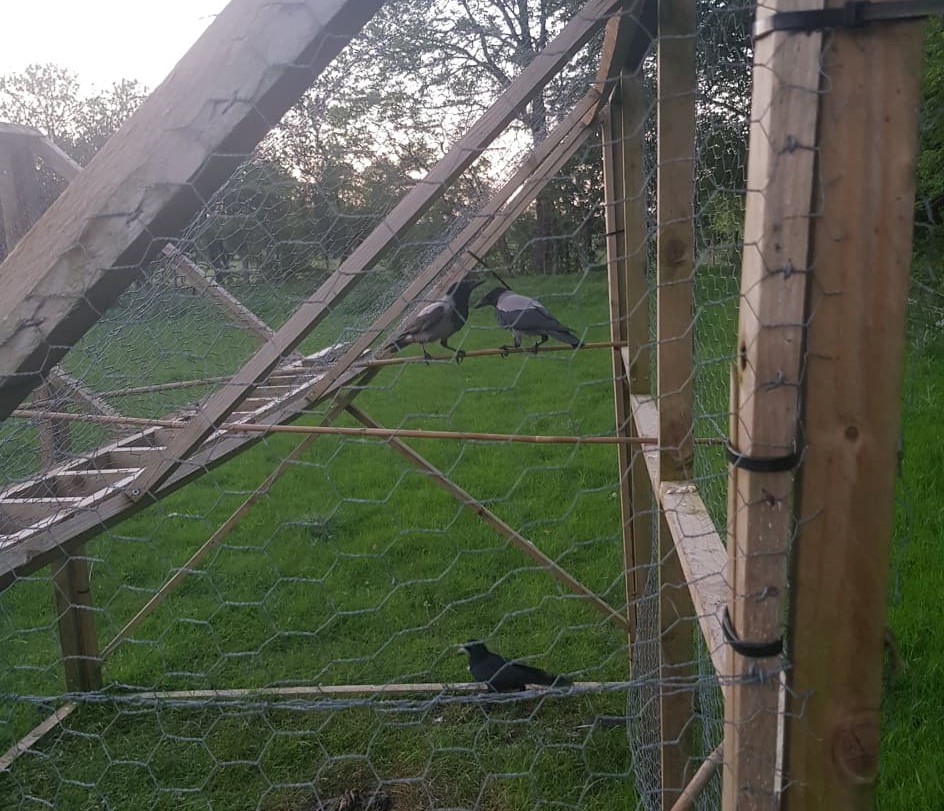 So Eddie decided to research other, more effective traps. He continued: “I went onto YouTube and I watched a tutorial video and made this trap myself. I made it in about a day and a half; it’s 8ft x 8ft.”

Eddie explained: “The way the trap works is you catch a call bird from a different area and put it into the trap and when it starts cawing, it attracts the other crows in the area.

They come to that crow because every pair of grey crows have a territory. With that crow being a stranger to the other crows in the area they come to warn him to get it out of the area.

“To attract the crows further, I got a few boiled eggs and put them on top of the cage.

“The crows then come and sit on the trap and they hop down between the holes in the ‘ladder’ at the top of the trap.

“The crows can hop down but they can’t fly out and that’s basically how it works.”

Concluding, Eddie noted that since the trap has been installed, crow numbers in the area have leveled off and the incidents of crows attacking lambs has become a lot less common.