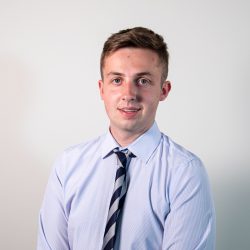 John Deere has launched two new models for its SPFH range, the 9500i and the 9600i, which “closes the gap” of the 9000 series range according to the manufacturer.

Agriland travelled to the launch of the new machines in Milan, Italy last week, to see both the 9500i and the 9600i in action during the summer harvest.

The main feature of both the 9500i and the 9600i is the introduction of a new 18L inline six diesel engine built by John Deere.

John Deere has introduced the latest development to its Harvest Motion feature – Harvest Motion Plus – which delivers a torque rise and even more power at low engine RPM.

Take a look at the new machines in action in the video below.

John Deere claims that all these features will provide customers with a 10% lower fuel cost per harvested tonne and 33% lower oil cost compared to other machines in the same horsepower class.

Both the 9500 and 9600 SPFH come fitted with a new spout which is 20cm longer than the previous one, and has been designed to increase visibility for the operator and improve crop flow.

Additional service openings have also been fitted to the spout to make servicing easier and the throughput has been increased by a new eight-row spout design.

Kernel processor rolls are available with a standard sawtooth design on the Premium KP unit, and either the sawtooth or a new XCut design on the XStream KP, which features a spiral cut groove across the roll surface.

Both roll designs are also available with the Dura Line heavy-duty coating for increased durability.

The 9500 and 9600 series aims to give the customer the power step up of the V12 models while having the benefits of a slightly smaller machine.

William Kellett is a third year Journalism and New Media student at the University of Limerick. He hails from Co. Meath and comes from a farming background on both sides of his family. Outside of writing he is a former winner of the Irish National Racing Driver of the Year award.